Commenter Run Home Jack is the author of this idea. Luke and our writing staff merely filled it in. Zork forever, bitches. 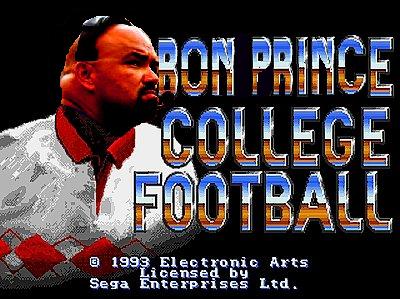 This game is a REALISTIC and DYNAMIC text-based college football adventure. YOU are the star. YOU make the decisions. It could happen to ANYONE.

You are standing as an assistant coaching position at a mid-level ACC college.

There is a letter in your mailbox.

WELCOME TO RON PRINCE FOOTBALL! RON PRINCE FOOTBALL is a game of adventure, strategy, and low cunning. You will cross some of the most dangerous territory a coach has ever seen! No computer should be without this tale of woe and warning and adventure!

You do that. You wake up in a tiny town somewhere between New York City and Los Angeles.

You find your office. 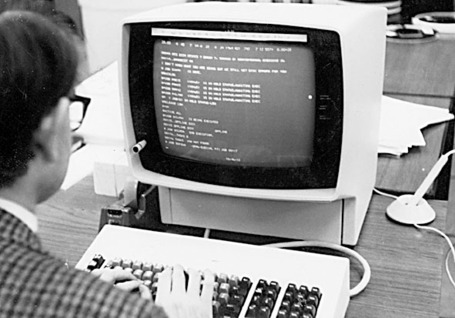 You see a phone, a desk, two flourescent lightbulbs, and a coffin.

You see the visage of the previous coach in it.  He looks dead.

The janitor takes the coffin and asks you what is in it.

You say it is your wife, and he calls the police.

You strangle the janitor. Now you have two bodies, a coffin, and an old tin of fruit cocktail in corn syrup in your office.

You eat the fruit cocktail. It is mushy, but still edible.

>Put bodies in chairs. Tell strangers they are visiting.

You do this. Now you have assistants.

You begin recruiting. You find the following recruits are interested in you: Grant Tiffaaanen, a two-star punter from Finland.

>Introduce self to local high schools.

>Recruit more in all high schools.

No one said the introduction went well.

You don't have any money.

You sign a class of tiny junior college transfers.

He has signed with Missouri.

He likes vintage pornography in the original VHS format and methamphetamine

You do that and he develops a heart condition and stress fractures in both legs.

You being spring practice with great optimism. Coaches begin installing systems. Players learn plays. After a brief rough patch in the first week, soon all are infused with the comforting routine of practice, classes, and the ceaseless rhythms of campus life.

Your quarterback blows out his ACL in the first quarter on a hit that by rule is illegal under scrimmage rules.Your starter is now a former tight end and minor league baseball pitcher with a partially torn rotator cuff. He drinks heavily.

There is no other job.

Your running back is arrested for assaulting a Taco Bell manager.

You don't have money for that.

You running back is free on bail, and escapes for parts unknown. You are now liable for his bond.

You do that. Your already thin offensive line has been ravaged with injuries during spring practices and the annual intrasquad scrimmage. You decide to hit the road personally to ensure the right stopgaps are located. Where would you like to being your recruiting trip?

You arrive in the city only to disocver the event at hand is actually the Topeka Judo Academy. You stay and watch the martial arts tournament anyways and enjoy some room temperature kettle corn.

>Try out some judo moves!

You tear your ACL while accidentally throwing a fifth-grader into a cinder block wall.

You advance to the preseason. Optimism abounds! The media wants to interview you and discuss the prospects for the upcoming season.

You hire Elise, a professional personal assistant in her late twenties.

>Petition secretary to "relax a little. You can trust me."

You meet with the media. They are very interested in guarantees and promises. For instance, they want to know who you will beat this upcoming seasons in rivalry games. Will you tell them?

>We will compete, but especially with our rivals.

Everyone remembers this because it will not happen.

Please name one element of your exciting new tradition. It can be a noun or an adjective.

POWER VOWELS are now instituted at your school. All words with vowels are to be pronounced loudly at all times, but most especially cheers. It is wildly unpopular.

You do this, but the prideful associate athletic director insists upon incorporating the school's mascot playing a plastic guitar on the scoreboards any and all time this happens. Opposing fanbases intercept production cuts of the video, publish it to the internet. You look foolish. Again.

A local big city alumni group grants you their audience in upwards of 85 rabid diehards show up for the dinner. They ask specifics about the style of football you will play this Fall. What style of football will you embrace?

>No team in America will outwork us. We will embrace the process and play a brand of hardmouted, gritty, winning football.

Your lack of so much as experience as a playcaller reverberates through the audience who taper their personal expectations for happiness immediately.

Circle that play; call it again figuring 'it's due. Fail to score thirty against 1-AA opener.

>Review plays. Focus on fundamentals. Preach "one play at a time."

You lose to an out-of-conference school by 21.

>Implore team to the be 'the hardest working America'.

You lose to your next opponent by 19 points including two safeties and a two point conversion attempt returned for points. The following week your star quarterback cuts hand badly inebriatedly playing the knife game. What do you do?

>Close and suture the wound yourself.

Years of joining your mother at the Omaha's Women's Sewing Club and your inexplicable subscription to Male Nurse Magazine pays off. He's good to go come kickoff time.

>Call coach fat behind back.

He does not know who you are.

You can't afford this.

You can't afford this

You can afford this. Unfortunately it is flattened in an earthquake and looted shortly after closing. 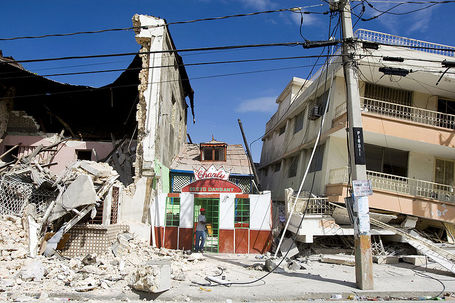 You do this. Morale is improved!

You lose to Nebraska by 40.

>Triple efforts. Spend week preaching to your team to not think; react. Spend ensuing week encouraging team to approach next contest as war of minds; a chess-like affair.

You lose to a conference rival by forty. The rigors of recruiting have you down. Your wife and kids haven't seen enough of you lately. What would you like to do to unwind?

You enter one of two exotic dancing clubs this small town has to offer. Not one dancer, waitress, bartender, or patron knows who you are.

>Go back to strip club.

No one remembers you.

You do this. There are numerous pregame festivities, including a booster dinner and a bowl reception. Which one do you go to?

>Neither. I stay in my hotel room and watch a marathon of Law and Order: SUV.

>I watch Law and Order: SVU. 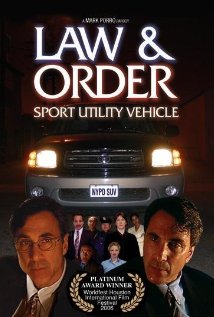 You enjoy a generous helping of the work of Mariska Hartigay and tell everyone you have diarrhea to excuse yourself from all functions. Seven of your players are arrested for throwing a waitress into the hotel pool.

Pool is frozen. Waitress is concussed and in hospital.

It's been over for some time now.

>Take coaching job at other university.

>Apply for another head coaching job at a lower tiered program.

Do you know Jim Caldwell?

Can you purchase bran muffins?

You're hired! You accept a job working for an NFL team.

>Continue working in the NFL for the rest of my life without issue.

You have reached the end of RON PRINCE COLLEGE FOOTBALL, A TEXT-BASED ADVENTURE! This has been an EDSBSico Software game in coordination with In Pursuit of Perfection, LLC. Any resemblance to persons living or dead is strictly coincidental. Produced in coordination with BRODERBUND, the makers of WHERE IN THE WORLD IS CARMEN TRANNIEGO?