THE FIESTA BOWL IS AN AWESOME CESSPIT OF CORRUPTION

Share All sharing options for: THE FIESTA BOWL IS AN AWESOME CESSPIT OF CORRUPTION

HOW WAS THIS NOT THE SUGAR BOWL? 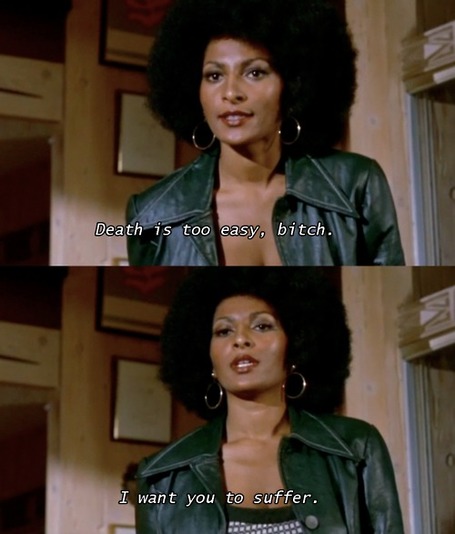 You'd think it would be the Sugar Bowl that would provide the most flagrant and eye-popping tales of tax-exempt corruption. It's in New Orleans, it involves the most rules-allergic of all major conferences in the SEC, and it involves politics in Louisiana mixed with cash, football, and raw, limitless cocaine sex. You say, "Hey, Orspencer, who says New Orleans has anything to do with limitless cocaine see---Oh, yeah, I'm sorry, you're right. Proceed." We will.

That may happen yet: it's early in the game, and with the report just released by the Fiesta Bowl it certainly seems to be functioning on a non-profit level Creflo Dollar can appreciate. The fantasies of finding out that the Sugar Bowl sold antibiotics bound for Haitian relief efforts, skimmed the profits, and then shipped powdered Smarties in their place to Port-Au-Prince remains entirely possible. It becomes even more possible when you consider some of the health implications of ethically suspect people having the limitless cocaine sex in New Orleans.

Still, the reigning champion of sleaze and outstanding achievement in graft belongs to John Junker, the now-former CEO of the Fiesta Bowl.

FIRST, AN IMPORTANT AND ENTIRELY FICTIONAL NOTE FROM THE PERSONAL HISTORY OF THOSE CONCERNED

When Junker was just a boy in Akron, Ohio, his father took him to a pig farm. He pointed out the swine pushing for room at the trough, and pointed to the biggest one. "That one's name is Maximillian. He's going to be slaughtered soon. Note how he pushes his way to the front when he has the chance and takes as much as he can." Then, a huge man named Rory came by with a pistol and shot Maximillian. Later, eating that bacon, Junker reflected on the lessons of this, and how tasty Maximillian proved to be.

We just made that story up, but that's essentially what happened here as Junker led the Fiesta Bowl into an even deeper pit of corruption than one might even reasonably suspect from a Sun Belt state bowl game living a delicious tax-free wallow at the feeding trough of college athletics.

AND NOW A QUERY ABOUT THE MUNDANITY OF CORRUPTION 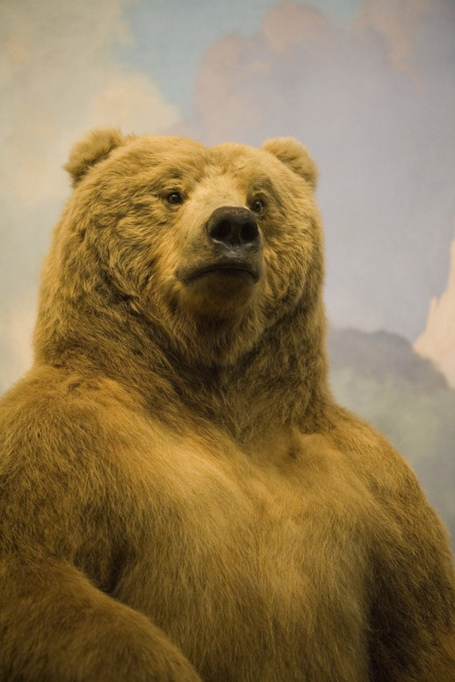 The first thing we ask: Why do the mundanely wealthy do things so...mundanely? You disappoint us, John Junker. Given a chance to purloin others' cash in the name of executive privilege, certainly did so: $33,000 for your own 50th birthday party at Pebble Beach, $13,000 for your assistant's wedding (and THAT'S not creepy at all, Codger Sterling,) and most humorously a $1200 visit to a strip club justified thusly:

According to the report, Junker explained to investigators: "We are in the business where big strong athletes are known to attend these types of establishments. It was important for us to visit, and we certainly conducted business."

"We certainly conducted business" is going on someone's next mixtape, as it is both a nice wink/nod in the direction of strip club goings-on, and a clear sign that Junker must have known he was roadkill the minute this investigation happened. The expenditures and their excesses are painfully lame, done completely without any flair, and exactly what you expect a lumpenbourgeois to do when given too much money, not enough to do, and no clue how to properly but in and destroy a trough's worth of someone else's filthy lucre.

(This is why you only put aristocrats or complete trash in positions of power. At least they have the sense to put the inevitable corruption of their power and good sense in spectacular terms: yachts named "Tits," spectacular wastes of mounds of currency, yachts on pools on yachts on pools. At least make the implosion of your soul entertainment for us if you're going to do it instead of making ice sculptures that piss vodka while Jimmy Buffett plays your birthday party. Make it G.G. Allin's reanimated corpse drinking $1000 scotch out of the newly purchased skull of Genghis Khan, man.)

THE IMPORTANT PART THAT IS MOST ILLEGAL AND UNETHICAL

Anyway, he spent stupidly and in an uninspiring fashion, but Junker's real trouble will be the violations of campaign finance law he pressured Bowl employees to not only commit, but then to cover up. At this point we're sure no one on this site would actually defend the sanctity of the bowls themselves as non-profit organizations, but just to drive the point home: this is a tax-free organization that sought to skirt several overlapping layers of legality to curry favor with politicians, make backdoor campaign contributions reimbursed by the Bowl on the downlow, and then tried to hide it when the Arizona Republic came calling with questions.

To say that you know the other bowls function in a similar fashion would be inaccurate, but to say that this is only limited to the Fiesta Bowl would be ever so slightly naive. The BCS itself, like "Purdue University" and ghost-spokesman Bill Hancock, doesn't exist, but its constituent bowls do and they, for the moment, are the cartel-like substance ruling the endgame college football plays out every December and January. At least one of those bowls is heinously corrupt by its own admission. The others are fine. This last sentence was typed by TEPCO, who reminds you that plutonium in your soil isn't necessarily a bad thing.