THE EARLY SEC SCHEDULE, AS REVIEWED BY ORSON AND GORILLA GRODD

Share All sharing options for: THE EARLY SEC SCHEDULE, AS REVIEWED BY ORSON AND GORILLA GRODD 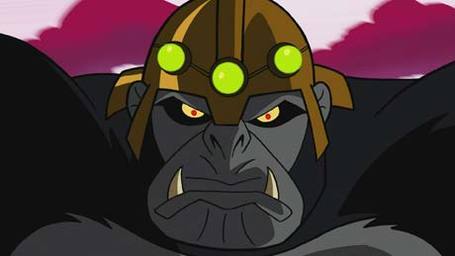 The 2011 official SEC Schedule came out today, and we invited a special guest to help us review the early innings. Gorilla Grodd is an evil villain, entrepreneur, and genetics theorist. He is our guest commentator today in reviewing the newly released SEC Schedule. He currently splits time between the Hamptons and his home in the super-advanced secret metropolis of Gorilla City. He does NOT have a gambling problem.

Orson: Quite a bang we're off to with Western Kentucky and Kentucky as the conference opener, but it is a refreshing change from "South Carolina looks like old man balls for three quarters before squeaking out a victory over Miss State or something."  For once, however, the rich creamy filling of games like Florida Atlantic vs. Florida gets balanced by two outstanding out-of-conference games and one very strong one: Boise State vs. UGA in the Dome here in ATL, LSU/Oregon in the JerryDome in Dallas, and BYU coming to Oxford. Attention BYU students: merely being in Oxford is an honor violation. Please alert your elders as is necessary.

Gorilla Grodd: BOW BEFORE GRODD, HUMANS. Your feeble time squandering the resources of this earth playing children's games is over. One need only look at the bloated monument to one chimp's ego that is the Jerry Dome to see how flimsy your grasp on supremacy. Grodd's Gorilla Army waits in the jungle, preparing to pave your shoddy, potholed streets with the blood of lesser apes like yourself. Grodd notes that Jerry Jones once paid Alvin Harper money to catch footballs. Grodd laughs!

Orson: The Thursday night game versus LSU for Mississippi State is going to be awesome, though which variety of awesome is always unclear. It could be a closely contested game that LSU ultimately wins in some astonishing variation of last-minute bullshit, or it could be a spectacular Bulldog meltdown. Your brain might not do this, but when we see a game involving one quarterback throwing six interceptions, we earmark it for at least a half-decade future prospective viewing.

Oh, and Auburn goes to a sure loss at Clemson, which Clemson will assuredly pull out with the confidence of a team that never, ever botches sure wins against roster-depleted teams. ISN'T THAT RIGHT CLEMSON FANS YES HM YES?

Gorilla Grodd: Oh, banana jokes. Here they come. You confuse us with chimps, half-chimps! We subsist chiefly on a delicious and nutritious diet of jungle greens, though I myself take a special GORILLA GREATNESS SUPPLEMENT I devised myself with my superior Gorilla intellect, just one of the many fruits of Grodd's brilliance. The GORILLA JUNGLE CAR will leave its tracks across humanity's back, and also serve as mobile farm for GORILLA SUSTENANCE! 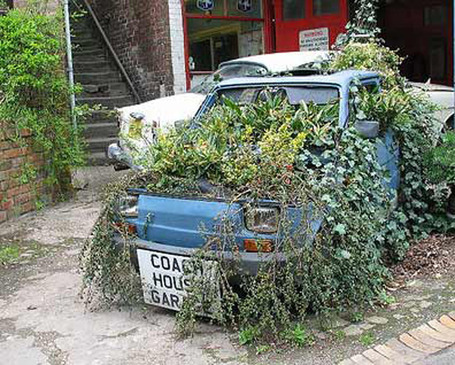 Grodd is aware of safety hazards, as he has lost several brave Gorilla volunteer drivers in testing due to lack of vision and distracted driving due to eating while motoring. AND YET GRODD PROCEEDS!

Must you rely on stereotypes, lesser apes? Need you so desperately to consign us to merely dunking basketballs at Phoenix Suns games, waving outside your offices of tax advice, and serving as the balloon talismans of your used car dealerships?

There is no such thing as a blue gorilla! THERE NEVER WILL BE!!! 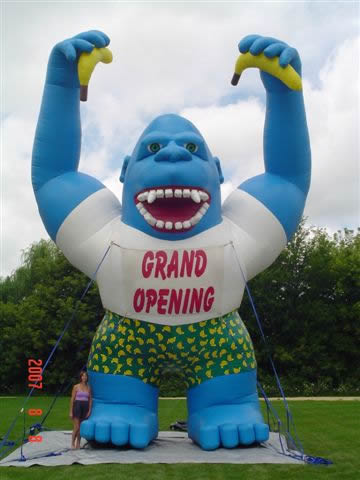 Oh, for a giant foot to crush that insolent woman, and the rest of you petty humans.

Grodd would place the whole bank on Tennessee covering the spread here, and would request some funding to do so in advance to get in ahead of the crowd. Grodd's Bodog account is a bit depleted after treacherous apes from Auburn RUINED A SURE THING ON OREGON COVERING THE SPREAD. With the great Gorilla God Jambo in the sky as his witness, Grodd swears Wes Byrum will be the first to feel the bite of Grodd's Human-Smashing Club.

Orson: The first real dizzying separation day. Alabama at Florida will be a success if we score nine, which by linear progression we are on pace to do, though we sort of hope that Charlie Weis proves to be some kind of moronic genius against Saban, what with all the pro-style nonsense they'll have going back and forth. (John Brantley's ribs will likely start glowing halfway through the first quarter like spent nuclear fuel rods.)  Auburn goes to South Carolina, Mississippi State continues its slog through a nasty schedule by going to Georgia, and Texas A&M goes back to Dallas for the second JerryDome special against Arkansas. That's an in-conference game; A&M and the Big 12 just don't know it yet.

Grodd: One more thing. Grape Ape is the most racist shit Grodd has ever seen. Gorillas would never be slaves to dogs! Especially not one in a foolish hat! Also, we were unfairly slandered in Congo. Grodd refuses to discuss the speciesist overtones of King Kong except to say that Naomi Watts is not the hairless ape Grodd would fall from building for, and not even the best from the blighted, Gorilla-free continent of Australia. Cate Blanchett would be that choice, because Grodd respects versatility.

And take South Carolina and the points. No, Grodd did not "raid the treasury" to cover his gambling habit. Grodd invested with GORILLIAN WISDOM. Bad beats by crooked, weak humans thwarted his plans, and forced sale of Grodd's Yacht,  the S.S  KnuckleSwimmer. VENGEANCE WILL BE GRODD'S, BOTH AGAINST HUMANITY AND THE TREACHERY OF THE ANTI-GORILLA FOOTBALL CONSPIRACY.