PATRON SAINT: Henri de Monfreid, French adventurer, writer, narcissist, gun runner, opium addict, pearl diver, and hyperactive bastard inhabitant of the Horn of Africa. Monfreid didn't even start writing until the age of sixty and somehow produced thirty books filled with a scoundrel's treasure chest of tale from his first sixty years. (They may have also contained a truckload of lies. Like sausage, sometimes you'd rather not know what went into making a good story.)

Monfreid's resume of smuggling, surviving some forty years roaming the violent coasts of Tanzania, the Puntland, and the Red Sea would be enough for Digital Viking Sainthood, but what earns you the esteemed Patron title are the details, and Monfreid was enough of an artist to add them where needed.

He literally went from clerk to free-agent-at-sea overnight, ditching his job as a clerk in Djibouti to buy a boat and make his living on the sea running guns, diving for pearls, and doing it all without having a real clue what the hell he was doing. Once arrested for working with the Italians (the gentlest and most stylish of war crimes from World War Two,) he came back to France, planted a shitload of opium in his backyard, and then went about the business of selling it to fellow mutants like Jean Cocteau while writing constantly and pounding honey to counter the side effects of being cranked on opium all the time. The police found out about it and did little because, well, it's France and they're kind of chill about everything except jewel thievery and hostage negotiations.

The resulting opiate/sugar rush produced 30 books, many of which have not been translated into English due to the world being unprepared for the ownage they contain. Monfreid also predated Karl Pilkington in seeing the great wonders of the world, getting an eyeful, and then dismissing them completely.

On the Great Pyramids he wrote:

"The only thing that one might possibly admire is the stupendous effort it took to build them, and this admiration demands the mentality of a German tourist."

There is an implied spitting noise written at the end of that sentence. Monfreid would live to be 95 years old, proof that bad behavior, disciplined substance abuse, and colorful mendacity keeps you younger than any combination of so-called "healthy" habits. Salut!

To the rest of the Digital Viking, featuring Orson and Doug because Holly is out to buy a discount spear gun and write Mike Hamilton's name on each round. Because she likes him and it's a tribute, officers.

Doug: In my ongoing attempt to modify both my drinking and my wardrobe habits until I become a middle-aged airline executive circa 1959, I've discovered the only way it is acceptable for a man to consume an alcoholic beverage with fruit sticking out of it: the Old Fashioned. 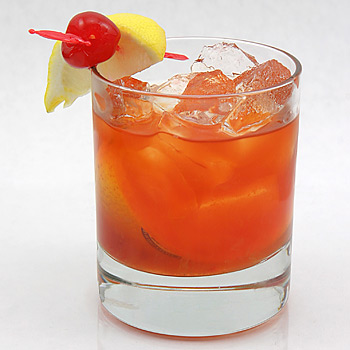 Named as such because it may actually be the first cocktail ever invented. In addition to fruit, it involves an extra step called "muddling," something I've only ever done when followed by the words "through life," but anything that lets me feel this much like Roger Sterling even while sitting in a Ruby Tuesday in suburban Atlanta is worth a little extra wait.

Orson: Shiner by the PItcher. The problem with drinking beer in pitchers is temperature maintenance. Many beers tend to follow a certain life-cycle once pitchered: all foam at the first pour, delicious on the second go-round, and then falling through tiers of degradation until you end up with the dreaded final sips, a.k.a. the "Hobo Pee" stage. 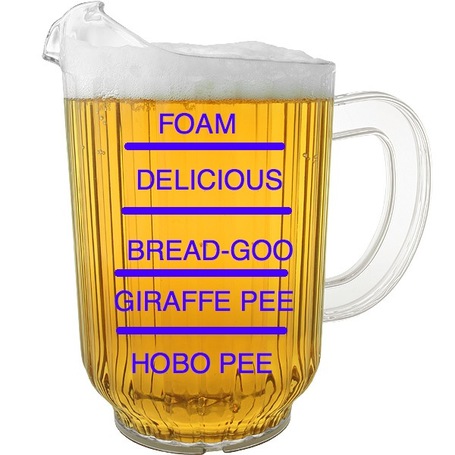 We're pleased to report from our tour in Austin--which will be referenced again in the next entry--that Shiner Bock experiences none of this flux in quality, and that we field-tested a deep enough sample of it while at Casino El Camino to assure you that Shiner Bock is one of the earth's most well-adapted beers for its environment. It's one of the great pitcher-able beers of the world, and goes brilliantly with the hamburger you had to wait an hour to get.

As a side note: did you know that every hamburger at Casino El Camino is made by a staff so antisocial and hostile they border on admirable? And that they will attempt to fight patrons who make the naive mistake of telling them to fuck off? IT'S MAGICAL. We're not even lying about that. The hamburgers taste wonderful, and violence is the special spice that makes them so irresistible.

Orson: Smitty's barbecue, Lockhart, Texas. Nothing's wrong with a place where you have to walk by an open fire to get in the door.

This is Texas barbecue: the meat will be beef, the aesthetics will be spartan, and the forks are nowhere to be found. Trei ordered three pounds of meat pulled straight off the grill, the massive, semi-truck sized beast fed by stacks of pecan wood sitting like battlements in the parking lot. We got brisket, ribs, and a "hot ring" of sausage, all wrapped in a double-layered carrying case of butcher paper with two plastic knives jammed in it. You get white bread with it. If you want anything else, you can order beans, pickles, or avocados a la carte from the bar, which serves Big Red, Shiner, and Corona.

I'm still inherently suspicious of brisket, mostly because of a lifetime pork bias and because it tends to dry out three seconds off the grill. Smitty's brisket is insanely good, and eaten with your hands gives a nice barbarian's luncheon feeling, but the pork ribs occupy an orbit all their own. Whatever devilry Smitty's does to them should remain a trade secret guarded by guns, dogs, and barbed wire.

The pitmaster has a neck like a bull, too, and appears to be literally becoming what he eats. You cannot accuse them of lacking belief in their own product.

Doug: Far be it from a lifelong Southerner (and barbecue addict) to give the Midwest any more credit for mastering the meat sciences than he has to, but I'll give Akron, and specifically their minor-league baseball team credit for looking coronary artery disease right in the eye and saying, "Fuck you, punk." (And for making me care about minor-league baseball. And Akron.) 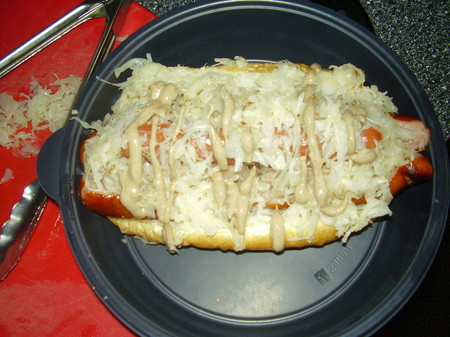 Behold: the "Three Dog Night," sausage's answer to the Turducken -- a hot dog, stuffed inside a bratwurst, stuffed inside a kielbasa, then covered with spicy mustard and sauerkraut in a fashion I imagine to be similar to how Soviet "liquidators" shoveled lead and sand onto the remains of the Chernobyl nuclear reactor. Any of y'all want to join me on a road trip up to Akron to try some of these? We can all split the cost of gas, though we should probably pick a "designated driver" who can call 911 while the rest of us writhe on the ground in the throes of complete cardiac shutdown.

Doug: First R-rated movie I ever saw: "Die Hard 2." All things considered, I think I picked a pretty good one.

Orson: We hunt our ducks one doomed flying V at a time. How? By using the 88mm AA gun of hunting cannons, the Punt Gun.

As Cracked points out in their article on Seven Overpowered Hunting Weapons, Tony The Tiger does a fantastic job narrating that video, and will never seem harmless to you ever again. We also recommend the Varmint Grenade from the same article if the phrase "prairie dogs turning to vapor" tickles your ivories. 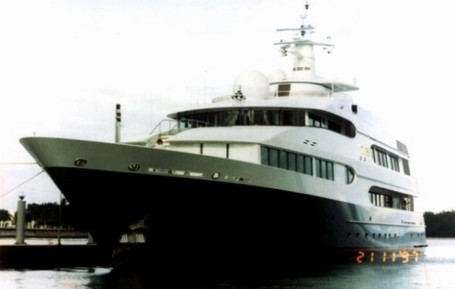 "Tits" is accompanied by tenders named "Nipple One" and "Nipple Two." This prejudice against those of us who have multiple nipples above the two-nipple allotment is just the first piece of evidence in a conviction on charges of being a total asshole for Jefri, but it goes at the bottom of the pile along with functionally bankrupting Brunei, having horrendous statues of him and his mistress having sex made for his Long Island mansion (including one of him in jorts with a cartoonishly large boner GO GATORS,) and letting one of the world's best luxury car collections rot in the jungle like abandoned Quonset huts.

Doug: Richard Branson was honored as this feature's patron saint a few weeks back, and with good reason. So try not to be too surprised that his airlines' fleets look sort of like what would happen if the Korova Milkbar from "A Clockwork Orange" decided to start featuring exotic dancers. 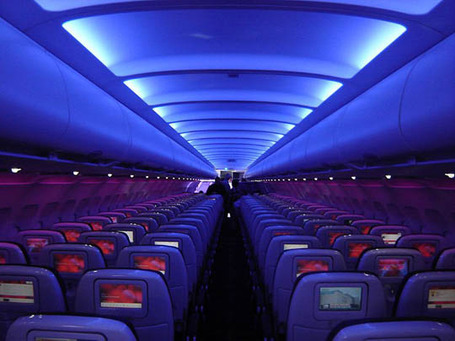 And ol' Richard being the kind of hip cat that he is, you know he isn't gonna short you on the sexy stews, either. Supposedly Virgin America is looking to expand service into Atlanta sometime this year; if they can pull that off, I'll rack up so many miles with them that I'll be able to have all my mail forwarded to their frequent-flyers' lounge.

Doug: Picking "The Kids in the Hall" for this category wasn't hard. The hard part was trying to decide which sketch from their five-year run best encapsulated their particular brand of surreal, stream-of-consciousness, occasionally-cross-dressing madness. In the end, I landed on "Girl Drink Drunk." You and your weekend are both welcome.

Orson: Loveless, My Bloody Valentine. The recommendation of an album is really a roundabout way of getting you to at least listen to one of the last great bands to record in mono and get you to see the most shockingly loud live act on the planet. Their shoegazey, drone-y albums are nothing like their frontal assault of a concerts, blasting distortion orgies averaging around 115 decibels (around the volume of a riveter firing in your ear.) They're Irish, so therefore quite polite in passing out earplugs for everyone's protection, but also Irish in that they still plan on punching you in the face with adequate warning.

This is what it sounds like when a wall of sound collapses on your brain:

They don't dance, move, or speak. They just turn on the amplifiers and attempt to kill you.