THE RESULTS OF THE CAM NEWTON WONDERLIC PREDICTION THREAD

Share All sharing options for: THE RESULTS OF THE CAM NEWTON WONDERLIC PREDICTION THREAD

We had 14, and damn you, Cam Newton, if you didn't top our bet by a full fifty percent of what we thought you were capable of on an IQ test. Newton scored a 21, making commenter Mark Mandingo the only EDSBS commenter to accurately predict the Heisman winner's score. Congratulations: a winner is you. 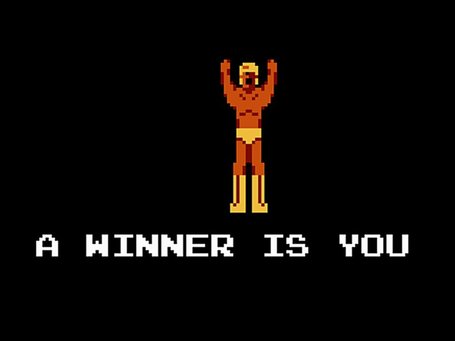 Tim Tebow's Wonderlic was reported a 22, besting Cam Newton by a single point.  We should remind you that Tim Tebow was home-schooled, so there really should be some kind of curve adjustment, since a 22 for a homeschooled kid is like a 35 anywhere else. The real loser in all of this, though, is Jake Locker, who scored a 20 on the test, a number that explains so much, especially the story about Locker mistakenly marrying Todd McShay in a Mexican wedding that would eventually be annulled when Locker found out McShay was just a man in a blonde wig. This took three months for him to figure out, a span that was enough for the couple to write a couple's cookbook and conceive a child (see: Wonderlic score.)

Blaine Gabbert got a 42, but his name is Blaine, so duhhhh. Now we await the scummy fun of the unveling of position players' Wonderlics, especially those who score below a ten. When they become angry at you for laughing at them, simply carry mannequins with you and deploy them as decoys. Sit back and watch the players destroy them: it will take them quite a while to notice you standing there, and the eating of an entire mannequin is something to behold.