EDSBS LABS PRESENTS: ISAIAH CROWELL IS COMFORTABLE ANYWHERE AT ALL

Share All sharing options for: EDSBS LABS PRESENTS: ISAIAH CROWELL IS COMFORTABLE ANYWHERE AT ALL

Reader Ben sent us this photo of isaiah Crowell, whom we already have an unnatural affection for since he appeared with a live bulldog on signing day and had no idea what its name was. This photo does nothing to dim our affections. Stand and be awed by the chill: 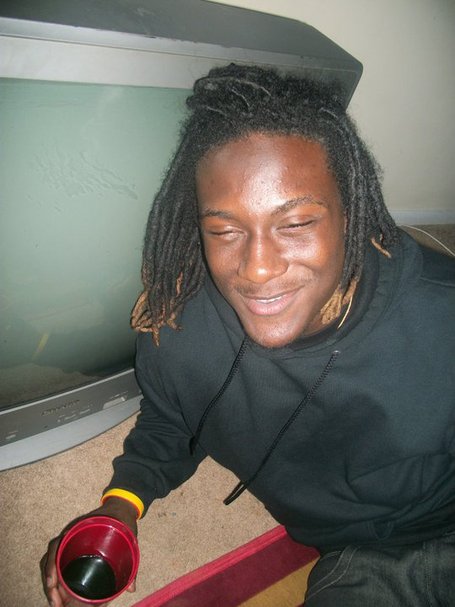 Who knows what he's doing here? No one but Isaiah, though I like to think he's putting his ear to the television to listen to the echoes of long-gone television shows. Yes...someone watched a lot of Martin on this set...can't you hear Gina? THAT GIRL WAS CRAY-CRAY.

This got us to thinking, though: doesn't Crowell appear almost supernaturally comfortable here, like the spirit of the chillbro himself? That's a face and a stance comfortable in any situation. We at EDSBS Labs teamed up with Dr. Freek to see if our hypothesis that Isaiah Crowell could look at home anywhere held any water.

After some serious testing, we believe we have ourselves not a cup here, but a rhetorical bucket with no leaks.

Crowell enters the cast of an American cultural touchstone, and Sam is just like, "Hey, Isaiah. How's things?" We love it when Sam does that! Watching these guys is just like eavesdropping on a conversation with our boys, but without the painful accusations of sleeping with each other's wives! IF YOU LOVED HER LIKE WE DID YOU'D LICK HER THERE YEAH I SAID IT. 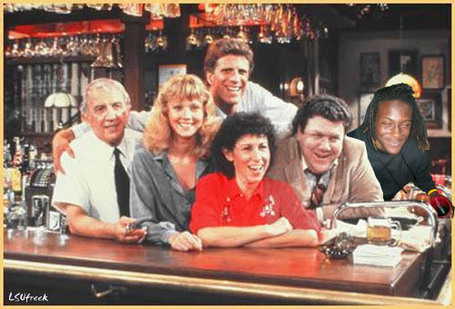 We then decided to see if adding Crowell to a great work of American art would dim his ability to blend harmoniously with any element. 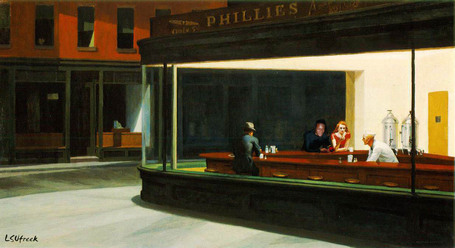 In our opinion, he makes Nighthawks even better, since look, the redhead has someone to talk to now, and it's transgressive for the time if he's macking on the woman. Let's just assume the man in the fedora is a horrible racist. It makes the story even better if he is, and if Crowell is seconds away from throwing him through the massive plate glass window.

Can the addition of Crowell in a room full of heavy hitters from the 90s international political scene actually add something? Did Boris Yeltsin disappear for days on end only to be found in his underwear crying in a jail cell? Yes, and yes. 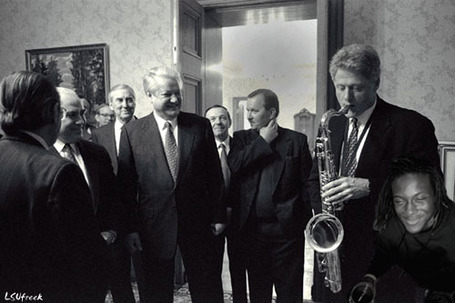 Both of these men had nuclear launch codes at their fingertips! It's never safe anywhere, really, but Crowell vibing out in the corner makes this terrifying fact of history more tolerable, somehow.

Our researchers then turned to a mandatory Wu-Tang Test. We're not sure what that means, but if your doctor isn't performing a Wu-Tang test at every physical, it's because you have cancer and they're afraid to tell you. Crowell passed his, of course. 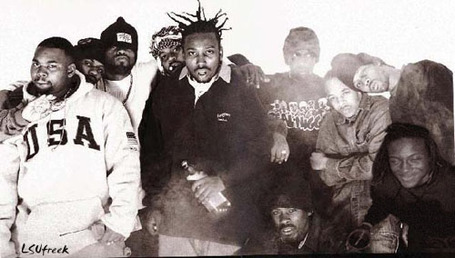 The Isaiah Crowell model also performed well when thrown into the vast scrum of Chinese history, even remaining sanguine in the midst of a pre-Communist cash crunch. 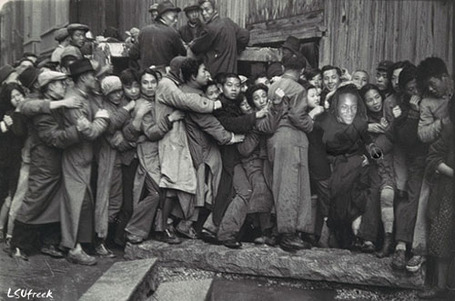 We'll admit: there's no reason do perform the next test, but it turned out well nonetheless. 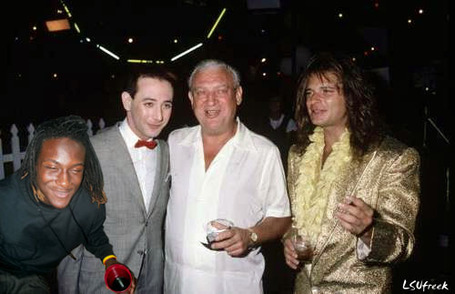 That looks like it actually happened, and in some reality somewhere in the multiverse it did. AND IT WAS CHILL. 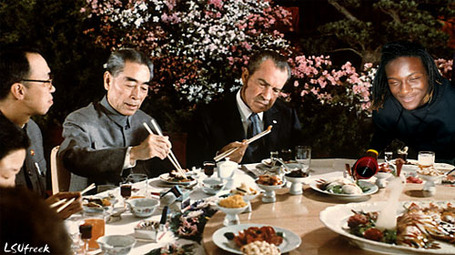 Finally, if Crowell can slip into the dense tension of the 20th century's biggest political tete-a-tete without looking out of place, much less without Nixon looking all nervous being next to a black person, then we've clearly proven our point. Isaiah Crowell can be placed anywhere in history and he will simply slide in like he's been there all along. Chillest of chill dawgs, say you'll stay this frosty.