The UGA report refused to elaborate on the extent of the injury pending an examination, but we feel safe in the EDSBS diagnosis based on our sources: he suffers from the dreaded Funny Foot, an incurable but delicious condition where the human foot is turned to delicious bubble gum-flavored ice cream. The condition is accompanied by the growth of edible bubble gum toenails. DO NOT LOOK BELOW IF YOU ARE SQUEAMISH. 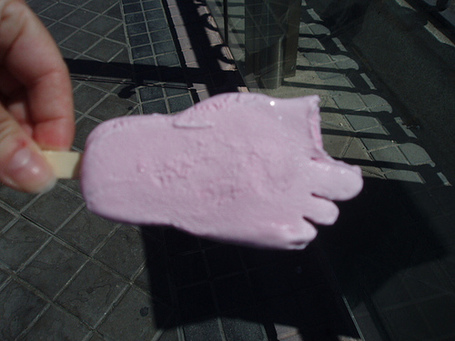 There is no treatment besides constant refrigeration and selective nibbling of affected areas.