Throughout the 2010 season, EDSBS and Consumers Union partnered up to bring you in-depth scientific tests of the best (and worst) college football had to offer. Once the clock hit 00:00 on the national championship game, of course, we went into semi-hibernation, while CU went back into the lab to compare vacuum cleaners and mop up spills with different brands of paper towels or whatever. But we've teamed up one more time to take a look at some of the nation's highest-profile football recruiting classes and answer some of the tough questions. Which ones can you rely on for the long haul, and which ones will leave you stranded after only a few practices? You can find out below. 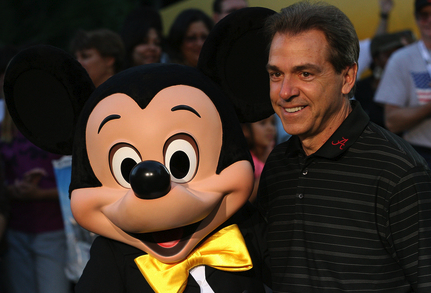 ALABAMA | ❍❍❍❍❍
Highs: Tremendous speed across the board, wide range of needs addressed.
Lows: By August, at least three of them will be mopping floors at the Houndstooth to pay their tuition.
Love him or hate him, you have to admit Nick Saban is one ruthlessly successful coach, and that extends into the field of recruiting. This year's class is another Who's Who of four- and five-star players, and it covers everything from finding the heir apparent for the Ingram/Richardson dynasty at RB to ensuring that Bama will continue to field heat-seeking missiles in place of human defensive backs for at least another four years. This being Alabama, of course, anyone south of four stars has a very real chance of arriving in Tuscaloosa to find they kinda, sorta don't have a scholarship scholarship anymore because Saban found a five-star linebacker he liked better playing at some JUCO in Quinhagak, Alaska, but . . . well, those are just the risks you take when you aspire to play for the Tide. Buyers may bristle at Saban's methods, but they can be quite confident there's another national title waiting somewhere in this class. 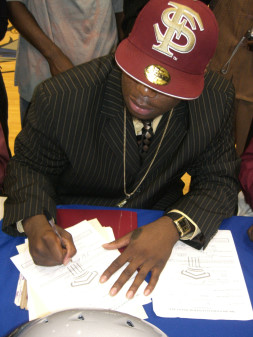 FLORIDA STATE | ❍❍❍❍½Highs: Impressive size, dominating performance in-state.Lows: Thin in the middle of the defense, lacks the Bowden Era's freewheeling disdain for law enforcement.Sure, he may only have been taking advantage of the upheaval going on at his two big in-state rivals, but you've got to give credit to FSU coach Jimbo Fisher for striking while the iron was hot, the Chinese character for "crisis" means "danger" and "opportunity," blah blah blah. There's some serious meat in this class, including no fewer than seven offensive linemen averaging 290 before they've even had a chance to hit the weight room in Tallahassee, yet there's no doubt that the 'Noles have assembled their usual menagerie of speed as well. What we won't know until September is whether they have the indomitable, larcenous want-it factor of the best classes from Bobby Bowden's mid-'90s heyday; outside of the Ellis Jones Award-winning performance by Nigel Carr, Fisher's first year as the had man in Tally resulted in a piddling three Fulmer Cup points, and we can only place so much confidence in his recruiting efforts if he's just gonna bring in a bunch of goddamn choir boys. In terms of talent on the gridiron as opposed to behind the iron grid, though, Jimbo has done well here. 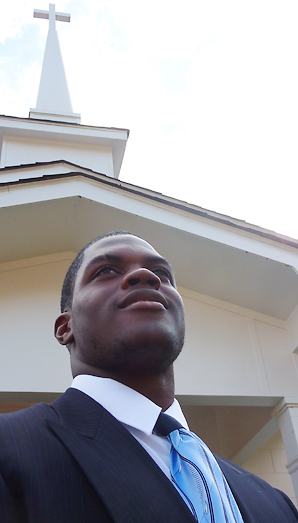 GEORGIA | ❍❍❍❍Highs: The epitome of SEC SPEEEED, with DBs who can see over the front seven.Lows: Lingering suspicion that the coaching staff has no idea what to do with them.Wait, what? A team that finished 6-7 with a miserable pantsing by Central Florida in the Nobodycares.com Bowl, re-slamming shut the iron curtain around its own state and putting together a top-10 (or even top-five) recruiting class? Didn't know Rev. Richt still had it in him, but yes, the Bulldogs' coaches have managed to turn the conversation to something other than their job security for at least a few more months. Not only did the Dawgs keep Alabama from swiping five-star DE Ray Drew (above), they successfully loaded up on promising receivers in the wake of A.J. Green's departure to the NFL. And maybe best of all, of the seven defensive backs on their commitment list, all are over six feet tall -- thus bringing an emphatic end to Willie Martinez's bizarre recruiting strategy, which resulted in pass defenses that were less Wrecking Crew than Lollipop Guild. If recent history is any guide, of course, Richt, Bobo and the rest of 'em haven't yet met a blue-chip class whose talents they couldn't squander, so this all goes right out the door if the Dawgs get blown out of the Georgia Dome by Boise State on opening weekend. For the next seven months, though, the Dawgs are a powerhouse program once again. 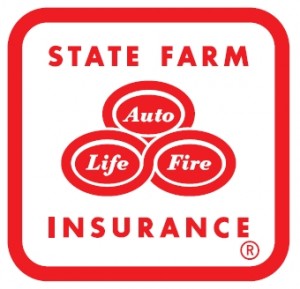 STATE FARM INSURANCE | ❍❍❍Highs: Top-notch customer service, extensive range of offerings.Lows: Agents mostly helpless against a moderately competent pass rush, high premiums.Claims service? Payouts? State Farm has you covered; whether it's a car accident or a tree falling on your house, you can be confident that this class won't leave you high and dry. Football? Well, that's another matter. The "good neighbor" philosophy that so endears the Farm to its customers is an absolute death wish on the field -- we put their five best offensive-line prospects up against Ohio State's starting front four, and not only did three of the State Farm OLs get concussions, their QB, poor Ethel Strahowsky of Omaha, Nebraska, wound up in a body cast. (That's on you, Craig Diettrich of Wilkes-Barre, Pennsylvania -- don't know how you can call yourself a left tackle after that kind of performance. Sure, Ethel's pocket awareness sucks, but it's hard to say "State Farm is there" for its customers if you couldn't be there for her.) Lot of smart guys in this class, but let's just say they're lacking in athleticism. In other words, they'll be competing for a Big Ten title inside of three years. 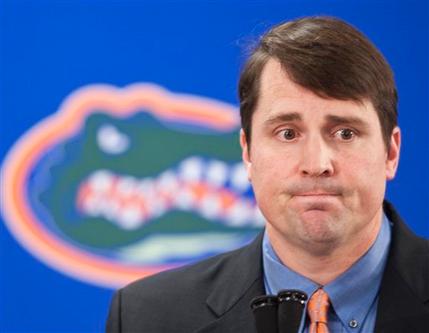 FLORIDA | ❍❍½Highs: We all know one of them's going to set a new record in the 100-meter one of these days.Lows: Small size due to coaching turnover, no obvious potheads among them.We've become so accustomed to Urban Meyer executing his patented Vulcan mind-meld in living rooms from Pahokee to Pensacola that we were kind of shocked to see what a pedestrian class the Gators were bringing in this year. Sure, that's due almost entirely to the upheaval of Meyer leaving and Will Muschamp coming in, but still, only 17 commitments by February 2? Nick Saban locked down that many just while using his BlackBerry on the crapper this morning, son. There are some jewels here, namely QB Jeff Driskel, who already has both the arm and the douchey, entitled upper-middle-class-white-boy appearance necessary to becoming the ur-Gator that John Brantley could never be. But we still don't see anyone remotely capable of filling Percy Harvin's shoes, or his bong, for that matter. Unless you're really one of those quality purists who disdains quantity -- which, these days, describes precisely nobody in the SEC's coaching ranks -- this class will likely result in a rather anticlimactic Signing Day. 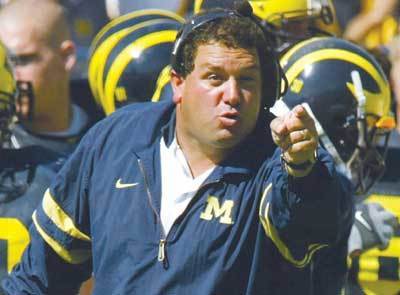 MICHIGAN | ❍½Highs: Possesses a gritty, unpretentious, salt-of-the-earth quality hereby known as "Bradyhokeness."Lows: All but a handful can be outrun by a self-propelled lawnmower.Of course, if it's coaching upheaval you're worried about, don't go anywhere near Ann Arbor, where ex-San Diego State coach Brady Hoke is right now racing through the basement of college football's all-time winningest program, desperately trying to defuse the dynamite that Rich Rodriguez placed throughout the structure during his three disastrous seasons before the whole thing implodes. Hoke, like Muschamp, has been left with a fairly small class, one that addresses certain needs but that isn't going to make anyone in maize and blue feel loads better about the direction of their program; we can state with some confidence that this class is capable of going to many more Gator Bowls and getting many more asses kicked by middling SEC teams, but we're hesitant to go any further than that. It does, however, include a white defensive end named Chris Rock. If Mr. Rock can distract opposing left tackles with self-deprecating racial humor and stories about the "Tossed Salad Man" long enough to get at the QB, maybe the Wolverines are in better shape than we thought. 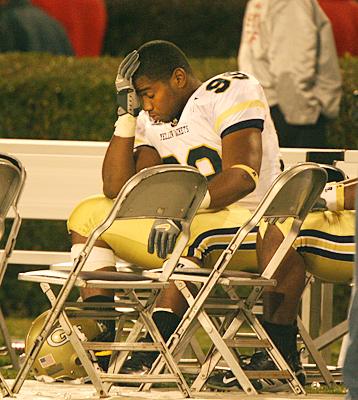 GEORGIA TECH | ✘What's wrong, guy? Nobody wants to come sit with you on the Georgia Tech sideline? Uh . . . apparently not. Just in the past couple weeks, Tech has had one recruit de-commit for Arkansas; lured one commitment away from Notre Dame, only to go right back to South Bend just days later; and lost a commitment to Wake Forest. Yes, that Wake Forest, the team that got 62 points dumped on it by Maryland last year and finished 3-9. We're not prepared to say it's Paul Johnson's unusual triple-option system that's scaring away recruits -- though it should be said Nick Marshall, a QB out of Wilcox County High in Rochelle, Ga., preferred to sign with UGA and switch to safety rather than play quarterback for the Yellow Jackets -- but the blue-chippers clearly see something on the Flats that they don't like, as only one four-star prospect had committed to GT as of this morning. Maybe it's the lack of female talent on campus? Good lord, guys, go recruit some from Georgia State, they're right down the street for crying out loud. Until you do, Tech's quality-control problems seem destined to continue, and we have no choice but to give them our Not Acceptable rating.