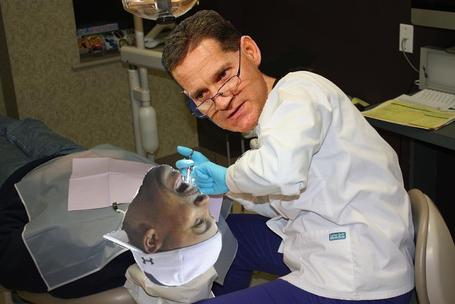 A towel waves from the chair, followed by a garbled "warrrgeaagnlllbebble"

Chizik: I have Trooper on my staff for two reasons. One: recruiting. Two: he is one of four men on the earth who have 72 teeth in his mouth, and is also a horrendous diabetic with a sweet tooth. He therefore provides constant practice for my hobby.

Roof: Dang. He floss with a fishin' net?

Chizik: No. I just pull them out when the rot. They regenerate like a shark's. It's unnerving, but fascinating.

The sound of Skittles pouring into a mouth comes from the corner of the room.

Chizik: Ted, have a seat. It's time to send you to somewhere you belong.

Chizik: I know. And a Starbucks!

Roof: Planning to go there someday. It'll be a big one.

Chizik: You're going to go to a very special place for coaches, Ted. A happy place. A sunny place.

Chizik: You're going to UCF.

Chizik turns on a projector. A Skype call is in progress. A face appears on the wall, muttering with a thick accent. 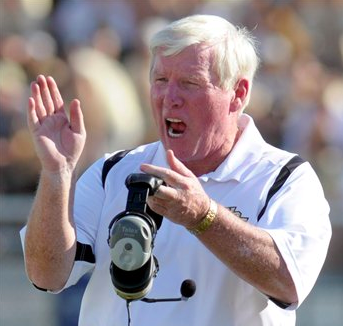 Chizik: I don't know. Don't worry, he doesn't actually coach. UCF is a special place. A place where coaches can finally go to relax and do the things they've always really wanted to do.

Chizik: Shhh. No one does, Ted. It's okay. We all hate football. Every one of us.

Roof: Naw I like the helmets and the hitting and the yelling. I like watching players run, Gene!

Chizik: And our defense has been doing a lot of running, so you must be happy, Ted. But it's time. Isn't that right, George?

Chizik: No, he always sounds like that. He's not even Irish, by the way. Think he just got Michael Collins on DVD a few years ago and got really obsessed with it.

Roof: Oh jeez, coach. I don't know if I can work for him. He's scary! Like one big boiled shrimp wearing a cornsilk toupee.

Chizik: Oh, no one works. Younger coaches do the work. Meanwhile, older coaches can do what they want, Ted. Dave Wannstedt details cars and tans most of the day. Dan Hawkins runs a Curves and has a juice business.

Roof: What kind of juice?

Roof: Does he make money?

Chizik: Since he's telling people it's an impotence tonic? Scads of it. And Sylvester Croom's doing quite well for himself as a notary.

Roof: Is that a thing you can actually make money doing?

Chizik: Oh, of course not. It just sounds a lot more respectful than "hobo with a stamp."

Roof: Has anyone ever flunked out of the old coach club?"

Chizik: He beat a masseuse to death with a frozen pizza.

Chizik: No, you can't, but that's only because they NEED you in Orlando, Ted. We want you, Ted, we do. But duty calls.

Roof: What am I going to be doing, Coach O'Leary?

eh love and poetry ne'er saved a bastard just ale and starvation carved the bones ah my soul this cursed bloighted town she gave birth to a rat and called it her son she shows it to da world and only three brave men dared point out the whiskers and shiny black coat. She killed 'em all fer tellin' da truth son and lies a-never failed this piece of happy trash floatin 'bout the piss of the Liffey I says lies never did fail me once

Chizik: It's okay, Ted. You'll just be doing the same thing you do here, but down there.

Roof: What is it I do here, coach?

Chizik: I don't know, Ted, but they're going to pay you for it now.

Roof: This is sad. Coach Gene. I don't wanna go!

Chizik: But we got you a new car just for the occasion.

Chizik opens the door and beckons him forward. 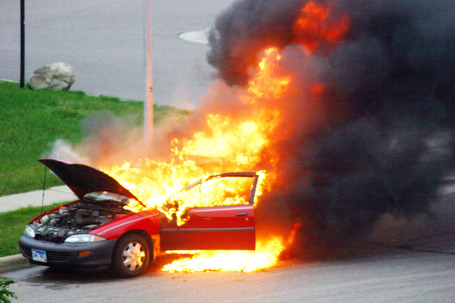 Roof: IT'S PERFECT JUST THE WAY IT IS YAAAAAAAAAAAYYYYYY!!!

Ted Roof is no longer the defensive coordinator at Auburn University, and will be working for UCF next season.