BECAUSE BY BEING CLOSED WHEN YOU WANT IT THE MOST, CHICK FIL-A WERE THE ORIGINAL TROLLS

Share All sharing options for: BECAUSE BY BEING CLOSED WHEN YOU WANT IT THE MOST, CHICK FIL-A WERE THE ORIGINAL TROLLS 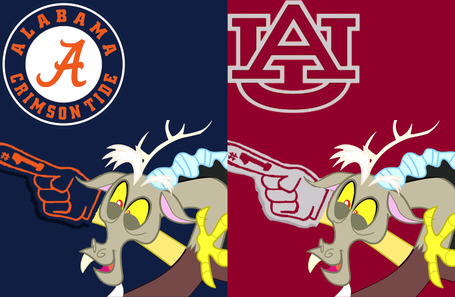 Drew wasn't wrong; 2011 was the year we collectively asked the world "U MAD?". Auburn completed one of the greatest epistles on the discipline to start the calendar year and appear to be poised to add an afterword to end it. Even in flashing offense and aplomb unseen the entirety of Auburn's 2011 season on his way out the door, Gus Malzahn is making sure his name isn't lost in the annals of trollgaze history.

You might be saying, "but Luke, what if Virginia inexplicably gets their act together, stops shooting themselves in the foot, and actually manages to steal this thing before it's all said and done?" That's definitely a fair question. In return, I have but one counter inquiry for you: "PROBLEM?"