AND IN SAN ANTONIO WE WERE ALL DEPARTED FOR FOUR HOURS

Share All sharing options for: AND IN SAN ANTONIO WE WERE ALL DEPARTED FOR FOUR HOURS

1. Ron Cherry was the head official in the game. We mention this first because in a game where every play went for an average of over eight yards, and the flow of time was going to be choked with first downs anyway, the fates saw fit to insert the football officiating equivalent of Immodium into the system. And even he and his crew stood largely to the side for most of the brainmelting second half, too aghast to even call several heinous false starts by both teams.

2. We repeat: Ron Cherry did not call bullshit penalties just to get the attention he so desperately craves.

3. No one really controlled this game. They sort of just hoped the general flow of largely unopposed bodies running downfield would break in their favor, and that in the end they would be standing on the shore watching their opponent drowning and not waving. Washington rode a 35 to 7 run in the second quarter and early third, and led 42-24, and Baylor didn't sweat and neither did you. In a bubble market like this, you knew the Huskies' lead was subprime, and a matter of Baylor hitting a streak and cashing out at the clock.

4. That run to finish: 42-14 down the stretch, including a laugher of a six minute drive where Washington clinched and won a round by daring to slow the game down. Chris Spielman, in between sobs and vomiting, suggested this would "give the Huskies defense a blow." The Huskies defense responded by giving up a Baylor TD two minutes later. Rest only gave Washington a chance to think about how elaborately confused they were by Baylor's run game.

5. Alternate reality theme, continued: RG3 was merely very good here, and only threw one TD on the night. In this perverted game resembling football, the Huskies throttled Baylor's deep attack with two safeties back who never budged deep. Terrance Ganaway literally split them on at least two occasions. reducing them to traffic cones. (Easily flattened traffic cones at that.) Griffin didn't have 300 yards passing. To adjust for normal qbs, that's like John Brantley only throwing for thirty, and not his normal seventy and 2 INTs.

6. Spielman sounded like a man ready and willing to die to get away from what he was seeing. This is not an exaggeration: were the pious Spielman not forbidden to auto-terminate by his religion, he would have solemnly drawn a sword across his belly sometime in the second quarter, and then nodded at Dave Pasch to finish the job. Instead, he was left to fulminate deep into the postgame, where a shellshocked Spielman stared into the camera, the guns of the Crimea's muzzles still flashing in his memory. There they are, our finest generation of defenders, buried by the Hussar's cruel sabers and cannon, and also by Nick Holt's coaching. I am legitimately afraid for Spielman, who may have felt the very wing of madness sweep over him last night.

6a. LEE GREENWOOD WAS THERE OMG AMERICA IS GOING TO BE ALRIGHT GUYS. 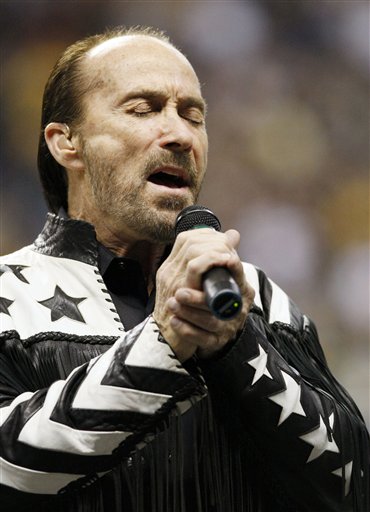 7. We know Keith Price is good, but really, what evaluative strength does either defense have? "Oh, I could have thrown for 300 yards against that defense." No, but we feel safe in saying this: if you could throw a soft checkdown over the line to a running back, you probably could have thrown for 100 yards in this game. We are not exaggerating. Sight unseen, we will assume you are in triple digits. Those of you with high school starting experience at any level, we bet on clearance of the 150 yard mark. Personally, we'd wager on clearing 75 yards.

9. That poor defensive tackle for Washington who fumbled the final kickoff. This is his story. The plane's cabin opens. A panicked stewardess screams: "Can anyone fly this plane?" Silence. Then, from first class, an Italian Mastiff raises his mighty paw. He walks calmly to the cockpit, steps over the incapacitated pilots' bodies, and then places both paws on the controls. As the plane noses downward, and seconds before a fiery impact, the stewardess thinks: but he looked so confident.

10. That was more fun than a 9-6 game. It's not better football, but we can think of lots of things which are formally superior but experientially inferior as products. We know All The Pretty Horses is a better written book than most, but would we choose it over World War Z for entertainment? Hell no. Yes, one is clearly better football, but does that make it more fun? Pile the guilt we're supposed to feel over there. We will ignore it and say that yes, once in a while a negligent pair of defenses and a fast track underneath an outsized equipment shed in Texas IS better than watching Nick Saban and Les Miles hold a contest to see who farts first.