It's that time of year when all coaches, great and small, come together as one to enjoy the brief lull before the bowl games. In the spirit of the season, they've put together a holiday pageant guaranteed to fill your heart with joy. The Bye Week Buddies Proudly Present: A Bowlsmas Story.

(The scene is a peaceful suburban home in Boise on December 4 - Bowlsmas Eve. While the family is tucked away in bed, the magical SCHNELLEN CLAUS, hero to children and loose tobacco manufacturers across the globe, is busily preparing the gifts. But it seems one excited little coach isn't asleep at all! He stumbles down the stairs expecting only a glass of water...) 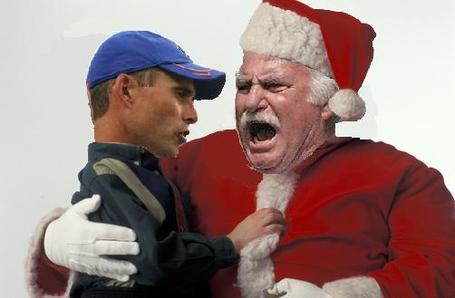 SCHNELLEN CLAUS: Why, I'm as real as Sophia Loren's willingness to ignore her vertigo when properly motivated, my boy! I know you were nearly perfect this year, son, so I brought you something very, very special.

SCHNELLEN CLAUS: Now, if there are two things I hate, it's ungrateful coaches and dogs that wear collars without a tie. Just because you don't have fingers doesn't mean you get to prance around looking like a Chili's Too busboy, Fido. Maybe you need a reminder of what the Bowlsmas spirit is all about...

(The scene shifts to early 20th century America, where the city is bleak and cold. In a shopkeeper's alley, CHARLIE WEIS grows increasingly desperate in his attempts to trade.) 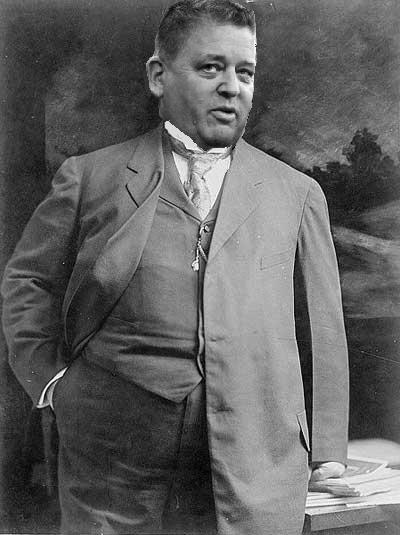 WEIS: Sir, this cooler is worth far more than you're offering! As I've told you, it was handed down to me by my father, who received it from his father, who received it as a prize while coaching at the HIGHEST LEVEL OF PROFESSIONAL SPORT. This is not some common mongrel's cooler! Can you not see its excellent pedigree? Look - here is the very spot where Bradbury Robinson booted the cooler most angrily upon finding that some street urchin had pickpocketed his opium pouch!

OLD TIME SHOPKEEPER: Listen, I already told you I don't give a shit. Two bucks or nothing, dickwad.

WEIS: Please, shopkeep, I only sell this prized heirloom so that I might buy some hair combs for my beloved this Bowlsmas! Have you no heart? Can you not spare but a few pennies more for the sake of another this holiday season? 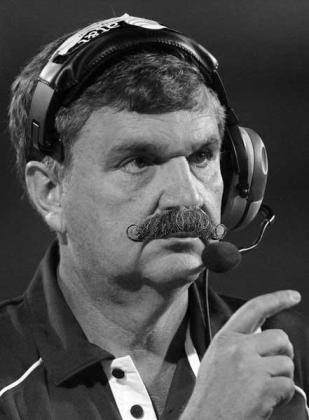 OLD TIME SHOPKEEPER: Take the two bucks or get the fuck out.

(Wearily, Weis hands the cooler to the unblinking merchant and takes his money. It is just enough to pay for two small, but lovely, silver hair combs. He hurries home, anxious to present this modest Bowlsmas gift.)

WEIS: Happy Bowlsmas, my dear! I know it has been a long season, full of loss and suffering. Were I a coach of greater talent, I would shower you with every finery I could set my hands on. Alas, I can only offer you these, purchased with the proceeds from my prized family cooler.

DEREK DOOLEY: Oh...oh, Charles, they're beautiful! But you see, this Bowlsmas I wanted to give you a beautiful wooden bucket seat for the cooler - and, to buy it, well, I had to...

(He removes his bonnet.) 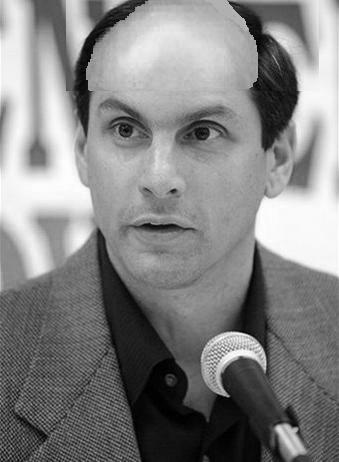 WEIS (through tears): Oh, Derek, never mind about the gifts! What matters is that we have each other, and if nine offensive points a game is all we receive, then so shall we survive!

(They embrace, and we return to Petersen and Schnellen Claus.)

SCHNELLEN CLAUS: You see now why there is much to be thankful for this Bowlsmas? Also, where the hell do your parents keep the hard liquor? I don't magically give out bowl bids to every eligible team in one night just because of slice-and-bake sugar cookies, you know.

PETERSEN: Schnellen, no, this still isn't fair. My team lost one game by ONE POINT to a team that finished ranked in the top twenty! Why do we have to play a full week before UCLA and Illinois? They couldn't win a game of Supermarket Sweep if you gave them a fifteen minute head start and no limit on cured hams!

SCHNELLEN CLAUS: Is this a teetotaler household? All I'm seeing is cooking wine, which never agrees with my bladder. Anyways, maybe it's a little cautionary tale you need...

(A Bowlsmas Eve long ago. In the upper chambers of a richly-decorated but unwelcoming mansion, MACK BROWN shuffles about, restless and angry.) 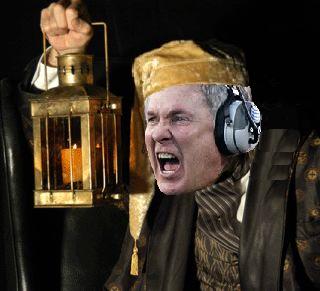 BROWN: Wretched Bowlsmas...humbug! Humbug, I say! Let those miserable wretches pander to their computers and poll voters! "Good Bowlsmas, to you!" they say. "Best of luck against Cal," they say. Bah! I don't need their pitiful postseason. I'll stay up here with my dedicated television network and its riches, instead!

(Suddenly, the candle is snuffed out by a strong wind, and a horrible rattling of chains is heard.)

BROWN: Who goes there! Show yourself, intruder! 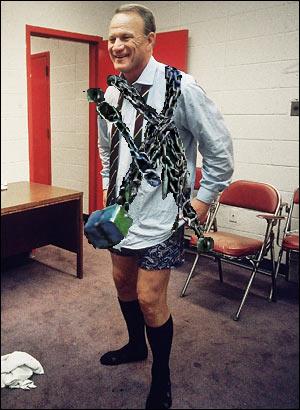 SWITZER: How the hell are ya, Mack?

BROWN: Good lord, Barry, you scared the shit outta me. What the hell are you doing here in the middle of the night?

SWITZER: Wait, is this not a Señor Frog's?

SWITZER: Huh. (He scratches himself absent-mindedly.)

BROWN: ...Was there anything you came here to tell me, Barry?

SWITZER: Oh, um, yeah! I heard you talkin' about bowl games ain't shit and money this and calculator that. And, man, I gotta tell ya, you gotta enjoy this crazy coachin' thing while you can. Sure, the Holiday Bowl seems like a garbage trip. But have you seen the women who shop at the Fashion Valley Neiman Marcus? Some choice ass there, and I would know! Key is to tell 'em you're a local sales rep for Manolo. Next thing you know, that dressing room is deeeeeeeeeeeeeefiled.

BROWN: Hmm. I guess there is more in life than twenty-four hour media coverage and obscene amounts of money, Barry. Thank you - you taught me a valuable lesson tonight.

SWITZER: Damn straight I did! Good thing, too, because this shit's already running too long to include two more ghosts. Hey, Mack, urine doesn't have DNA in it, right?

(Back in Boise, Schnellen Claus puts the cooking wine and twelve eggs into a blender and presses frappe.)

SCHNELLEN CLAUS: This one's called the Baker's Dozen Lite. It's just a lite because a real Baker's Dozen uses ostrich eggs and three quaaludes. Ok, so, um, we good here or what?

PETERSEN: Iowa. Michigan lost to Iowa and they're in the damned Sugar Bowl instead of us. Can you seriously look me in the eye and tell me you think Michigan's a better team than Boise State?

SCHNELLEN CLAUS: Dammit, kid, you're already making me late for other plans I had tonight. You think Joe Biden will delay his annual Space Shuttle Demolition Derby just because I can't make it? I can assure you, he won't. This is your last chance to find the damned meaning of Bowlsmas.

(In the wilderness of Bethlehem, Indiana, three wise men wander in search of the BCS, that they might pay homage to it and gain its blessing.) 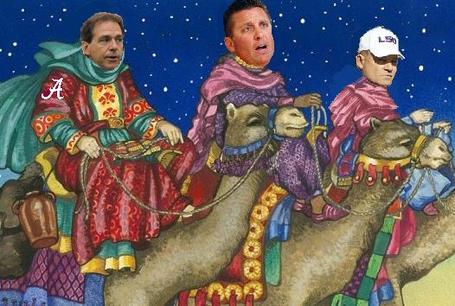 LES MILES: I think, when we're called upon to raise your level of performance, not to exceed that of your opponent to win the game, that's competition, and I think our football team does that.

MIKE GUNDY: Les, nobody knows what you're saying. Can you please just shut up so we can figure out where we're going?

NICK SABAN: Patience, Mike. Les is just excited to greet the BCS and present it with the gift each one of us has brought.

GUNDY: Gift? What gift? Nobody said anything about a gift!

SABAN: No gift for the BCS? Mike, you lost to Iowa State. How can you hope to please our lord with nothing but an out of conference win over Tulsa to offer?

GUNDY: Shit! What did you two decide to bring?

SABAN: Mike, Les can bring whatever he likes to the BCS, for he is undefeated.

GUNDY: Well, ok, but you're not, so what item did you choose?

SABAN: Gold! And emeralds. And chocolate-covered cherries. And an iPad. I always bring more than I need and then throw out whatever I'm not going to use at the last second.

GUNDY: So let me have one of the presents you're not using!

SABAN: Hmm...well, ok. You can have this frankincense. It's highly unlikely that the BCS is allergic to frankincense.

(Saban grins demonically, and we return to the Petersen home, where Schnellen Claus is mounting his sleigh.)

SCHNELLEN CLAUS: So you see, Chris, Bowlsmas isn't about what you do and don't deserve. It's about not complaining and waiting your turn - just like the little fella who guides me through the night skies!

SCHNELLEN CLAUS: Oh, good lord, no. Reindeers are terrible animals. Entirely too Canadian. I fly by the light of Ghostface Killah's Golden Eagle, of course! 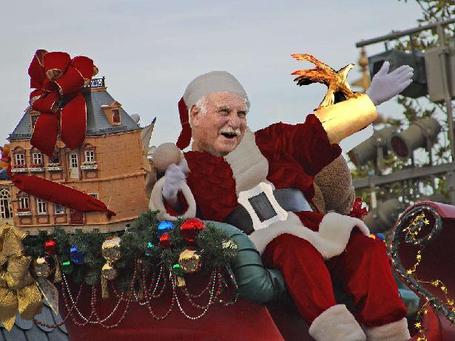 GHOSTFACE KILLAH'S GOLDEN EAGLE: YO THIS EAGLE ONCE FLEW AWAY FOR LIKE 3 DAYS AND CAME BACK WITH SALMON, AND I AIN'T TALKIN BOUT NO FRESH OUTTA WATER STREAM SHIT YO, NAW B, THIS BITCH BROUGHT A FULL PACKAGE OF KROGER BRAND, ALASKAN SMOKED SHIT 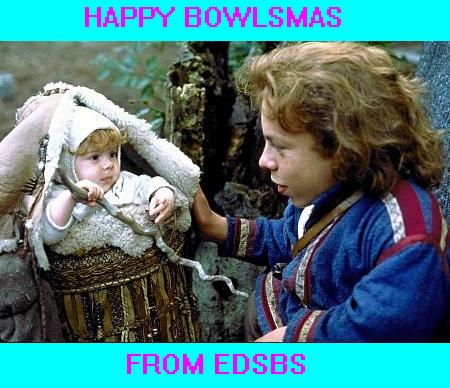