Share All sharing options for: CRAIG JAMES FOR SENATIVE: BORN TO RUN

Anthemic music. A harmonica. The sound of a pony whinnies. An announcer intones: remember that Craig James suffers periodic microstrokes affecting his speech patterns. They have no effect on his ability to govern. 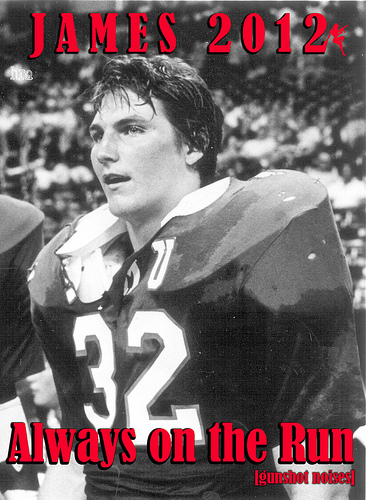 I want to be your Senative.

You may be wondering to yourself: how are Craig James qualified to represent me in the United States' most prestigious body of water?

[Vulture with wig flies across the screen. SCREEEE.]

I playerted football for in upward of 2 dozen years. Paula Ticks is a lot like a football game: a cruel, heartless tall drink of water if you ask me.

Paula Ticks also went to my eight grade Hermcoming with me. She is a nice lady.

America's first king, George Washington, once said "above all else, to thine own self be true." Let me be your truth specialistifist, America. 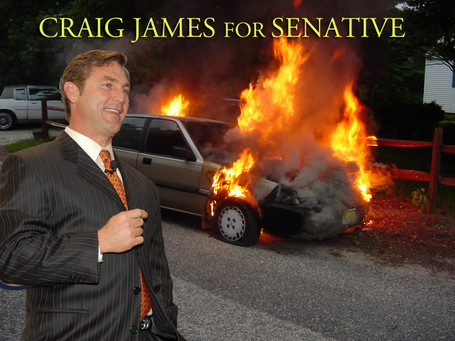 Texans have blazed the trail for American history: Stephen F. Austin, Sam Houston, Santa Anna, Cowboy Troy — these are the kind of great Texans I look to model my campaign and life really after.

I am man of faith. God is center of my life. Sometimes he just sits there and I say, "God, why do you sit there and take up all that space! Eating my chips. Watching the television when I want to be watching the television. There's a special episode of NCIS, on, G-man! Buddy, Mark Harmon's gonna give birth in the back of a cab! He'll be the first man to have a baby since Arnold Schwarzenegger, and I'm missin' it because you're watchin' Sabrina Teenage Witch! That cat scares me, big man!"

I'm not tell you to put your mouth where your money is. I'm asking you to look for moral compass. Dust it off. Really ask yourself. Who's going to get us out of Vietnam? It ain't good ol boys drunk on power in Washington Elite C.

The only thing I, Jesse Craig James is drunk on, is whatever Apple Pie is made out of. Because I'm that American. Because I hungry. 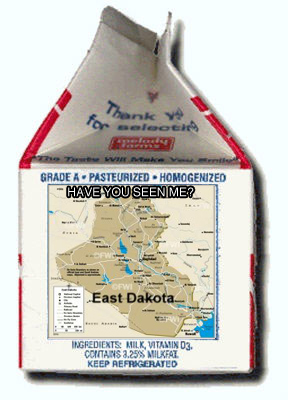 Texas, America, I don't know what happened to the states of West and East Dakota. But I intend to find out.

Texas, America, Craig James wants this for you. Boxing shorts for goats, a hen in every copper pot, a real, replica NFL leather football under every Christmas tree, a $3.14 gas card to Diamond Shamrock, 3 commemorative glass bottles of Crystal Pepsi, and handshake from civic servant at every public event that civic certain happens to be and is offering hand shakes that particular day. 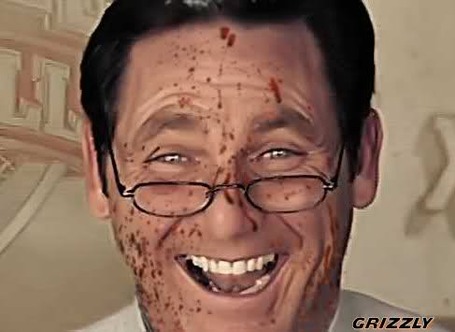 Texas, America, this ain't rocket science. I know a lot of politicians say things they don't mean and offer the moon. Here are a few things I can offer with no qualms and/or doubts in my eye: *list*

Texas, America needs open fire burning ever thirty feet just in case you need to set something on fire.

Texas, America, I don't know if you know, but we've gotten away from what this great land of ours is all about: shooting endangered animals from a helicopter in national parks. I promise, from my hand to our spiritual great grandfather in the sky, that I will restore this great tradition and help make this nation great again. 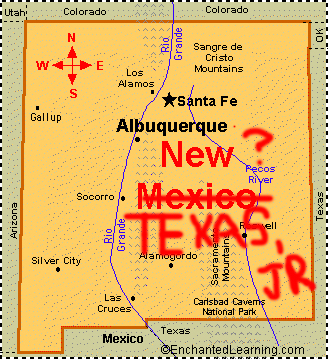 New, old, you're still Mexico to me. Get an American name, or get with burrito game, Pablo.