Because sometimes we struggle to make peace with the fact that we'll be watching 9+ hours of football played by the likes of Temple, Wyoming, Ohio, Utah State, San Diego State, and Louisiana-Lafayette this coming Saturday, it's important we also masquerade this hobby problem addiction with thinly veiled delusions of academia. EDSBS Study Group continues to further brain development and growth and according to our scientists friends in "Japan" (like that's a place), is less bad for you than *most* street drugs!

Today's topics: The finer things in life -- literature, theater, and poetry, or, as Kristi Malzahn calls them, things that have no place in Walmart's fine magazine section.

Anachronism: the presence of a person, item, event, or the like in the wrong historical period. Let's look to Margaret Mitchell's Gone with the Wind, published in 1936, for an example. This excerpt comes from Chapter 17:

At the mention of Uga's name, sudden pain went through her, sudden hot tears stung her lids. Fade? The memory of Uga would never fade, not if he were dead a thousand years. She thought of Uga wounded, dying in a far-off Tampa bowl game, with no ice bags over him, with no one who loved him to hold his paw, and she was filled with hate for the well-fed man who sat beside her, jeers just beneath the surface of his drawling voice.

Of course, there were no ice bags in the mid 19th century, and Tampa was a lawless town without bowl games, roads, or an atmosphere. Well, I suppose some thing's never change. 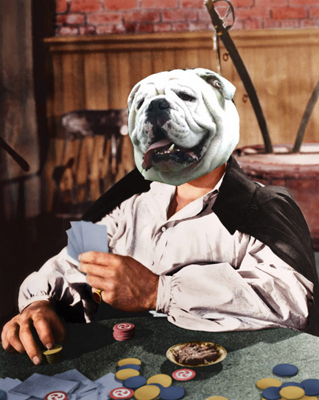 Apostrophe: Apart from the punctuation mark, this is the term for a speech addressed to an abstract concept that has no physical presence. A classic example can be found delivered by Gary Macbeth in Act 2, Scene 1 of The Tragedy of Macbeth.

Is this a time-out which I see before me,
Formed by my own hand? Come, let me clutch thee.
I have thee not, and yet I use thee still.
Art thou not, fatal vision, sensible
To kickers as to the kick'd? or art thou but
A dagger of the mind, a clock false manag'd,
Proceeding from the jumbo wine oppressed brain?

Sometimes icing your own kicker is the only way to ensure the fulfillment of the prophecy.

Byronic Hero: This type of protagonist shares many features with the traditional hero; he is intelligent, educated, and usually quite handsome and charismatic. However, this character type is so named because he also displays the traits of Romantic poet Lord Byron, a decidedly untraditional man who brought a tamed bear with him to college and approached sex like an unsupervised Pizza Hut lunch buffet. The Byronic Hero rejects popular concepts of morality, virtue, and station, he is arrogant, self-destructive, and he will frequently put his own pleasure above integrity. 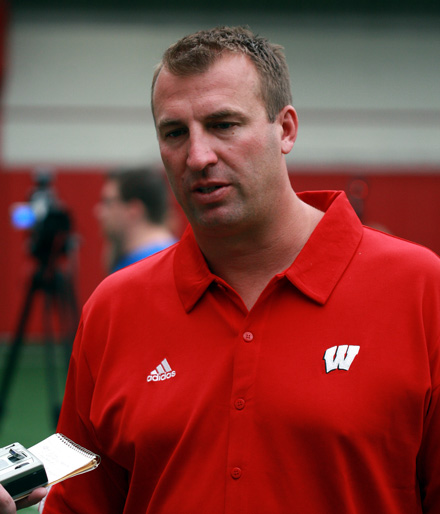 He walks in beauty, like the night. Of cloudless climes and starry skies, and all that's best of dark and bright.

Cacophony: The presence of words in a poem with sharp hissing or harsh sounds. Nick Saban has been known to employ this technique in his halftime speeches, using nothing but the letters S, K, and P. Here's an easy to remember cacophonous line: Kirk Ferentz Fucking Sucks. 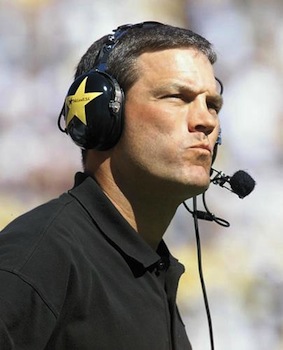 Epistolary: Taking the form of a letter. A narrative taking the form of a letter or series of letters. More teams are noticing the success Nevada has had confusing the defense with this structure, in which, before the snap, the quarterback yells "Dearest Catherine" and proceeds to describe how fighting for the East India Company has made him realize the depth of his love for her. (The officials are too moved to ever call delay of game.) 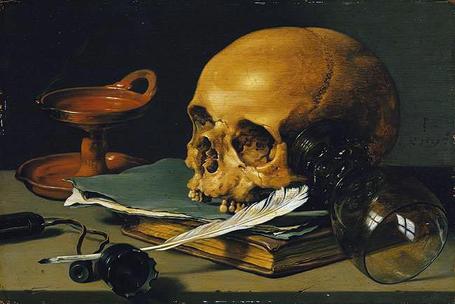 Hamartia: Taken from Greek tragedy, this term usually refers to a tragic flaw in a character's lack of awareness or insight that, frequently, results from his own strengths. Robert Woods will realize all too well the meaning of this word when his insistence on catching everything thrown his way causes him to contract polio, tuberculosis, Creutzfeldt-Jakob disease, and several other illnesses normally only found in reptiles.

Nostos: The theme of a character's return to his family or homeland after many years away. Ohio State fans have already lathed onto this with the hiring of Urban Meyer, but they ignore that Meyer's family is currently waiting for him at an Olan Mills where he promised he'd be here so we can take a picture for Christmas cards why isn't he answering his phone and how come Luke Zimmermann keeps emailing us pictures drawn in crayon with him and Urban and Braxton Miller holding hands labeled "UrBz Nu FamiLee." Not nostos, Coach. Not nostos at all. 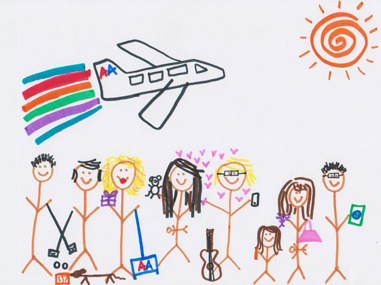 Perepeteia: The moment in a narrative when the fortunes of the characters are suddenly reversed. Did you watch Texas A&M play this year? Then you've got this covered.

Synechdoche: The symbolic substitution of a part for the larger whole. (The Hat for Les Miles, Shoelace for Denard Robinson, Inappropriately Gleeful Grin In The Face of Abject Failure for Edsall)

Telestich: A poem in which the last letter from each line can be combined to form a word or phrase. Here's one I worked up entirely on accident!

Upon fields greener than a pear d'Anjou

O Tigers! Unyielding to any player

Deliver unto us another touchdown

And we shall scorn all hateful naysayers

Each Georgia Herr, each Tennessee Frau

No victory is too microscopic

We cheer even you, fifth string cornerback

Though some may say we are myopics

We know jealousy is the currency of quacks