COLLEGE FOOTBALL GRAPHICS HAVE ONLY GONE DOWNHILL SINCE THIS MOMENT. Smart Football tweeted this video which yes, does indeed show a young Steve Young behaving kind of dickishly with what appears to be a tight perm and/or a recent shower in baby oil. (Being BYU, either could have happened.)

It's the kind of "oh man 1985 was so 1985" you've come to expect from the internet, but what we want you to notice are the amazing ESPN graphics of the time. Someone was reeeeeaaaaaally proud of this, and dammit, they should have been: 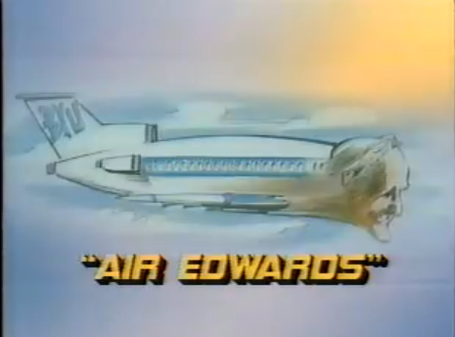 If you're not familiar with Mormon scripture, a gigantic plane with the head of Lavell Edwards on the front is in fact one of the signs of the apocalypse. (Via.)

THE PASSING OF THE CRIST NO THIS IS OLD AND WE'RE MAKING IT A RETRO JOKE. Dayne Crist did visit Kansas, and after verifying that yes, someone was stupid enough to hire Charlie Weis (we'd take a trip just to verify this with our own human eyes, too,) Dayne Crist is en route to tour Delaware and Wisconsin as possible stops. One is the Russelmania solution (i.e., boost my draft stock by throwing bombs behind this ironclad run game and enormous offensive line,) and the other is Flacco Road, aka the worst secret board on MarioKart 64.

NO THE FULMER CUP ISN'T OPEN BUT: RB Roy Finch decided to beat up a laptop, and who hasn't? It's long been a dream of ours to throw a laptop from a window, and this explains our real hate/jealousy of Cam Newton, PAWWWLLLL. Nebraska had a festive night, too. WOOO IT'S A BIG NIGHT WHEN YOU FALLIN' ASLEEP IN THE TRUCK.

THE LAST TIME STANFORD PLAYED IN ASIA? They brought home a fatal virus, won a secret fighting tournament, fell in platonic love with a beautiful but unavailable young woman, realized the meaning of life, became embroiled in a Yakuza plot, learned martial arts and became the cool white guy no one else was able to become, saved some children, stared inscrutable Orientalia directly in the face, and oh, they played Notre Dame.

WE'LL JUST HAVE TO FIND ANOTHER JIM MCELWAIN. Which, as Roll Bama Roll admits, will be harder than you think. Possible replacements include Mike Shula! (No!) (Maybe!)

TOLEDO JUST BUMPS AN INFANT UP TO BOSS. AD Mary J. Blige agrees with the premise of this argument.

MALCOLM GLADWELL WILL BE ARGUING FOR THE DUMB PART. HURR DURR let's just ban all the things.