Like the NCAA and every one of its member institutions, Every Day Should Be Saturday believes that college football is about one thing and one thing only: academics. Although bowl season can often get in the way of studies, we refuse to let that happen! That's why we've created EDSBS Study Group - a place where you can review for final exams AND get all the valuable college football insight you're accustomed to.

Today's topic: Macroeconomics, which, contrary to Bob Davie's belief, is not the study of cooked shells and Velveeta cheese sauce. 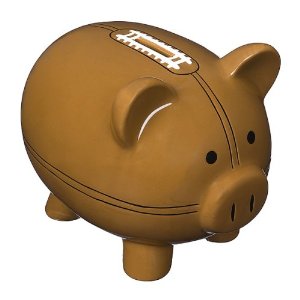 - The value of a good is subjective and personal. Example: a passing touchdown is worth a lot to Kellen Moore and Case Keenum, and that's why they each assembled over 40 of them this year. By comparison, those same scores were not worth much to John Brantley, since he only chalked up ten. Instead, Brantley would rather spend his hard-earned money on muffins, a complete set of 1996 NBA team pencils, and carpet samples.

BONUS POINTS: Remember that this rule does not apply to Paul Johnson, for whom everything/one is worthless.

- Opportunity cost is the value of the next-best alternative that is not selected and, therefore, lost. This concept has numerous applications in the world of economics. Let's look at a few using the example of the Beef 'O' Brady's St. Petersburg Bowl:

Example 1: Bowl representatives elected to extend invites to Florida International and Marshall. Their next-best alternative to Marshall was a shipping container full of feral cats. By passing on the cats, the St. Petersburg Bowl lost the opportunity to see FIU's Mario Cristobal attempt to break the world record for feral cats swallowed whole in ten minutes (the record is 17 and belongs to former Arizona State legend Jake Plummer). It was determined that this cost was justified because fans of feral cats are notorious for not traveling well, as they're all shut-ins.

Example 2: Marshall and FIU elected to accept their invitations to the Beef 'O' Brady's St. Petersburg Bowl and, in so doing, passed up the next-best opportunity, which must have been a prolonged beating with a hockey stick covered in cold sores.

Example 3: People(?) will attend the Beef 'O' Brady's bowl instead of their next-best alternative - December 20th is also the date of the famed Pinellas County Local ArtsWalk and CorpseLoot. Kids get in free! (They don't get out, though.) 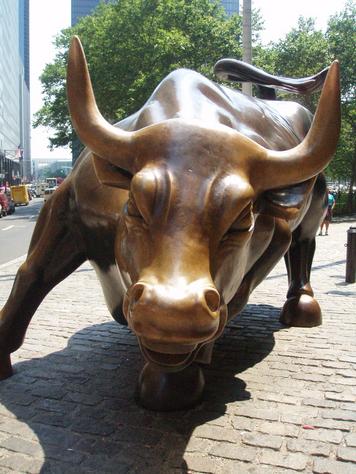 - Trade reallocates goods to those who value them most highly. This bedrock principle of economics is best displayed by the offseason transfer of Russell Wilson from North Carolina State to Wisconsin. Tom O'Brien placed relatively low subjective value - see how economics builds on itself! - on Wilson's skills and proclivities, which included throwing the ball more than six yards down the field, winning at least nine games, and non-birthday smiling. By trading Wilson to Wisconsin, who placed a higher value on him, O'Brien got the things he prized instead: a loss to Boston College, a passing offense not ranked in the top 50, and $250,000 worth of Plain Flakes (corn flakes with all traces of corn removed). 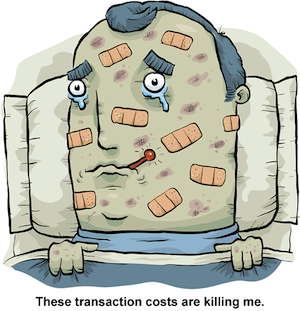 - Transaction costs are costs above and beyond the actual price of producing or purchasing a good and must be factored into any evaluation of an economic interaction. A lot will be made of low attendance at certain bowl games this year, but ticket costs alone can't explain the sparse crowds. This is where transaction costs come in:

- Inelastic goods are those for which few acceptable substitutes are available, which makes demand less sensitive to shifts in supply. A repeat of "The Middle," "Home For The Holidays With Martina McBride," "Una Maid in Manhattan." These are all reasons why you'll watch the Poinsettia Bowl and wish that those network cowards would embrace my idea for "Jackée Shoots Bottle Rockets At Racists." 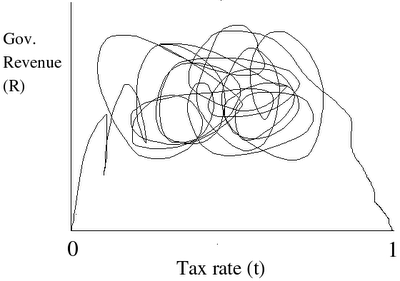 - According to the Laffer curve, there are two points, zero and one hundred percent, at which tax rates will yield no revenues. The same principle can be applied to the relationship between the percentage of time a person criticizes the decisions and strategies of his or her favorite team and that person's general bearability. When zero percent of a fan's time is spent on criticism, we see the emergence of "that awful homer dipshit who thinks Florida State should play for the national championship every year even though he went to Carnegie Mellon." On the other end of the curve, when one hundred percent of a spectator's time goes to questioning the direction of the team, we wind up with a Notre Dame fan.