SUBSTITUTE TEACHER = EVERYONE GET ROWDY. His Fearlessness is like the city of New York - he never sleeps. Also, in the summer, he reeks of hot garbage. I am your replacement indexer for the day, so please open your workbook to page HEY STOP THAT PUT THAT MACHETE AWAY RIGHT NOW

HEARTS WERE UPLIFTED, AND KNEE LIGAMENTS WERE TORN. Malibu Ricky wrapped up his final practice session as head coach at UCLA, and thus begins the grand finale to this heartwarming story of a high profile corporate attorney forced to lead a team of miscreants as punishment for blowing a .14 at a DUI checkpoint. (Of course it makes sense that you'd put someone who just got busted for drunk driving in charge of a group of impressionable youngsters.You'll see how smart it is when Gary Pinkel's troop sells more cookies in a year than most do in five.)

YOU'LL FOLLOW MY RULES AS LONG AS YOU LIVE IN MY HOUSE-WHICH-IS-ACTUALLY-AN-ABANDONED-PORT-A-LET. Maryland is so overflowing with talent that Randy Edsall can afford to run players off the team for coloring their hair in a manner which he finds displeasing. Is that Prodigy you're listening to? Off the team. Left your socks on the floor. Buh-bye. It took you HOW long to write your mee-maw a thank you note for that lovely birthday present she gave you? Here are your walking papers. This is all just a part of the Randy Edsall Dream (patent pending), which concludes with he and Danny O'Brien having a catch in the backyard.

DIBS ON THE "PIRATES OF SARK WATER" JOKE FOR THE APPLE CUP! Bill has knowledge aplenty to share regarding Mike Leach's hiring at Washington State. I don't want to jump the gun here, but look for Cal to respond by ditching Tedford and throwing a big contract at Guybrush Threepwood.

"The 25 players he inherited were so pitiful that he resolved to declare the season a success if his team made one first down." No, this isn't an early preview of Ole Miss 2012.

WELCOME TO THE PARTY, PAL, PART ONE. The most excellent Bomani Jones unveils his first wordsmithery for SB Nation, and I'm sure he's going to start out by treading lightly. Probably just a piece about the relative merits of "playing the game the right way" and "honoring tradition." (Spoiler: they're co-equal, because they're the same thing!)

WELCOME TO THE PARTY, PAL, PART TWO. We've also got Matt Ufford's introduction to the SB Nation Megaverse, in which he admits he is wildly unqualified for the job, which means you are all entitled to an refund of your hard-earned WebBucks once he says something you don't like.

HAPPY BIRTHDAY, TREAT WILLIAMS. The man has played D.B. Cooper, Jack Dempsey, Stanley Kowalski, J. Edgar Hoover, and someone simply called "Man in Chinos." Yours is the most aptly applied first name, Mr. Williams. We need not even mention his most famous role: 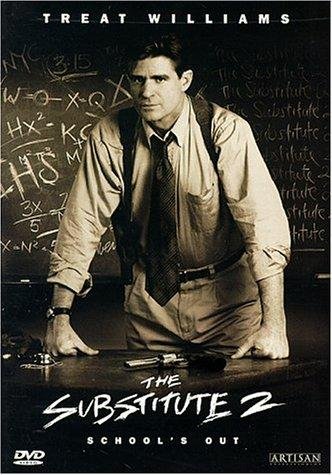 You think that blackboard's a mess? WAIT 'TIL HE GETS DONE WITH YOUR FACE.