Share All sharing options for: A CONVERSATION WITH THE B1G SEATFILLER HOAXSTER 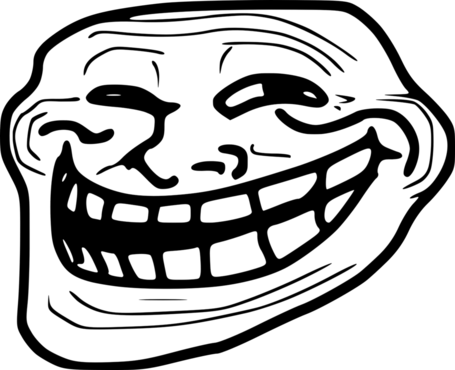 So we kept emailing the B1G hoaxster--and yes, it was a hoax--to see if we were going to get a response. You'd think someone who'd pulled off a successful prank would simply flee the scene of the crime, their work done and the feat accomplished, but the pros do this a bit differently. We'll call them ICC-LOF, or to humanize them a bit, "Iceloaf." This is both a phonetic reading of the email signature and the worst callsign in the history of the world.

Emails presented in chronological order. They begin with the response to our interest in filling a seat at the B1G Championship Game. (We were never going to go, because seriously, we're only going to Indianapolis if we get cancer of the dick and the only dick cancer specialist in the world, Doctor Penishero. (BTW, Dr. Penishero would never live in Indy. He's a Miami man through and through.)

Thanks for expressing interest in helping us fill empty seats on Saturday night. We have received a huge response from folks looking to fill seats, but as we're expecting a large need, we have recorded your e-mail address, and will be sending out details Saturday morning to match the expected number of needed seat-fillers. If you receive this e-mail, you will have been selected. Our client has asked for discretion about this opportunity, as "seat-filling" is behind-the-scenes aspect of this event production. Unfortunately, it's already receiving some publicity, so if the ad is taken down soon, don't worry. The show, as they say, must go on, and we are close to having enough folks to fill all empty seats, and then some!

On the day of the event event, we will designate a parking garage and validate your parking. Seat fillers will be assigned seats inside or near the event close to the event start time. We expect fillers will need to be checked in around 6:30pm on Saturday. The event itself begins shortly after 8pm, and we expect it to conclude close to midnight. You will receive payment at the end of the evening upon turning in the paperwork given to you at the beginning of the evening.

No experience is necessary, and there are no age, sex, or race requirements. We are asking that all participants wear red or dark green clothing.

This is an exciting opportunity to be paid to see a live event! We look forward to seeing you on Saturday.

If you have more questions, don't hesitate to ask,

We then wrote back with a very specific condition.

Okay, great. I am disabled, and will require wheelchair access.

At this point, we began the fun part of the discussion.

Hmm. Not sure that will work. Cripples don't play well on TV. We need people who can be excited and jump around and stuff. Especially between the 3rd and 4th Quarter. Silly Wisconsin.

Then, this, just a few minutes later.

Sorry, that was rude. Our intern got out of control. We sacked him.

Please come. But bring someone to push you up the big ramps and stuff. And an insurance policy. Yeah.

At this point, delighted and horrified by the thought of the poor, devious, and perfectly healthy soul who would actually drive from Dayton, Ohio and bring their own wheelchair and pushing-buddy just to get into the B1G game, we decided this person was willing to talk.

So the question is: when did you think of this, and how many actual responses did you get?

And they were. Holy shit, this worked brilliantly.

Over 2000 e-mail responses. Thought it up last night. Angry about the ticket prices I got for my B1G tickets. Stupid Michigan State and Wisconsin. Thought about trying to scapegoat Dan Beebe or the Pac-12 or Texas... but that's a lot of work.

The funniest thing was all the damn Spartan and Badger fans who crawled out of the woodwork. Can't be bothered to drive 3 / 6 hours for their team and buy a cheapass 20 dollar ticket on stubhub, but FREE ticket? Nom nom nom. They should be disqualified.

The Gator Bowl has to be shitting itself knowing it's forced to take the loser of this game. Then again, maybe since none of them are going to Indy, they'll have money for the trip to Jacksonville (who am I kidding, does anyone want to go to Jacksonville).

Oh, the guy who wanted to bring his 5 kids under the age of 8 from Dayton, and wanted to know if they got paid by regular people was funny too.

Dayton is straight scheisty, guys. Please note the grandeur of this hoax, since Iceloaf not only responded to us, but to another person we know, and if this conversation is true, others who had very specific questions about how this worked. Enjoy the comic vision of Iceloaf thinking they might get five, or six responses, and then logging into their email to see "YOU HAVE 875 NEW MESSAGES." There had to be panicked giggling for miles, and perhaps some jumping up and down in an office chair.

So I'm guessing you're a Big Ten fan, most likely (by the numbers) an OSU or PSU fan.

I'm a fan of all college football. Though my degree is from a Big Ten school. Not the one you're guessing though.

SABOTAGED FROM WITHIN, DELANY. He may be a saboteur, but Iceloaf is not a total bastard.

Fair enough. Will you be there to see if anyone actually shows up? And if so, will you point and laugh?

Frankly, we might do this, especially if this were the SEC and involved people from the state of Alabama

Should we take it that far? It seems a bit cruel to send people to a location hoping they'll get tickets, especially if they travel. I mean, a sucker is born every day, but I shouldn't lead them off the cliff. Besides, promising to pay someone for showing up somewhere and then not being real is probably against some law somewhere. Seems risky. Already lost enough money on the B1G tickets.

It all started as a small twitter joke, and then got out of control from there. I mean, we hoped it'd get out of control, but couldn't have imagined this.

We thought about issuing a press release or something, or trying to pretend to be a PR firm that got secretly hired (and then fired by the B1G) - but really, how much further could you take it at this point (without having people actually show up to the game and then get pissed at you... I guess maybe you could pretend to be one of them... the footage would probably be good)

I'm just guessing most of the folks that e-mailed were Occupying somewhere and now need something to do since they've been evicted. Occupy B1G has a nice ring to it, no?

Brilliantly struck, Iceloaf, and excellent work all around. We remind everyone that while the B1G Championship game is sold out, the MAC Championship game has tickets available, and is way more fun because it is the only championship game where one can a.) watch guaranteed entertainment with optional defense, b.) purchase 10 acres of urban farmland for $28, c.) ROBOCOP STATUE, and d.) yell clearly and without impediment by other spectators at Joe Tessitore and Rod Gilmore in the booth.