TWO SCIENTISTS MADE YOU AN ANDREW LUCK

Share All sharing options for: TWO SCIENTISTS MADE YOU AN ANDREW LUCK 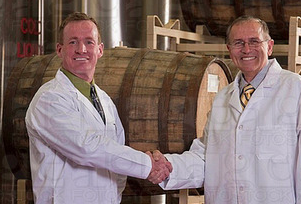 I asked you to make me something amazing because SCIENCE.

Well, don't mollyguffle around. What is it? 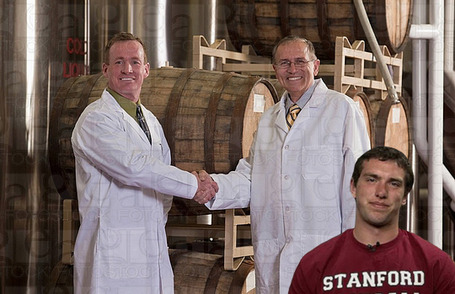 Two Scientists: IT'S AN ANDREW LUCK.

There are so many features to this Andrew Luck.

Six feet in height with some room left over

Skin chalky white, like the famed cliffs of Dover

Could run for president if the age restriction wasn't in place

Could win wars by throwing pigskins from airplane wings

But may opt out due to loneliness fears

Watched Highlander and learned a lesson

For eternity a life would be nothing but stressin'

Still if the Andrew Luck runs out of power

Please destroy it in a high-temperature furnace

One with a closed ventilation system and filtration protocols in place

Or you could send it to China.

On second thought he's right. Just send it to China in event of this happening.

We sent a monkey into space just to test his emotions

but set trajectories for the sun on a devious notion

Halfway through the launch something went awry

Onboard controls came alive and we wondered why

opened the hatch AND THE APE WAS LUCK

Hands are webbed because we all make mistakes

And accidentally mixed his DNA with a drake's

We could have made a punter instead

We could have made a punter with Andrew's head

Could have made the best punter every born

But no one likes punting because punting is boring

And no one likes punting

Seriously no one lkes punting.

You're so great at science, you made all the Andrew

And you're so great at science, you made all the Luck

Scientist two made him articulate but not overly wordy.

Prompt with assignments and respectful of women

Friendly with others but independent of mind

Makes his own compost from trash and orange rinds

Has a healthy relationship with mother and father

In lines and public buses he's far from a bother

Polite to animals he doesn't even know

Shared all the cheat codes he knew from Saints' Row

The Andrew Luck has hydraulic nipples

It's the one part we had a real hard time making

Science isn't perfect and neither are our rhymes

Great work, Two Scientists! NOW STOP MAKING FOOTBALL THINGS AND GET BACK TO WORK ON MY NEUTRON MISTRESS! WE CAN'T BEAT THE RUSSIANS WITHOUT HER.