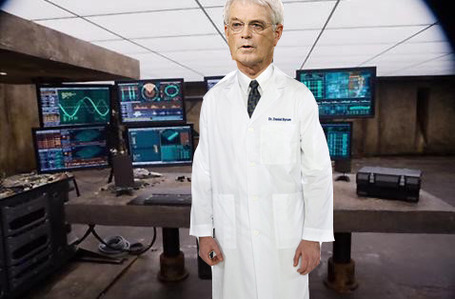 Dennis Erickson entered his volcano lair. "Soon, precious soon," he stated to nothing in particular as he gazed as a calendar schedule for the Arizona Sun Devil's 2011 football season. The coach took his lab coat off and hung it on the same wall he hung it everyday, but today something was different.

Suddenly, without warning, a woman slid down what resembled a poll from the original Adam West "Batman".

"Jesus christ," Arizona State athletic director Lisa Love said. "We simply must get that thing buffed or something."

"Sorry, Lisa - I keep going to the store to buy wax for it but one thing leads to another and, well, you know, I find myself in some senior living community claiming I'm Hans, the masseuse."

"Dennis, cut the chit chat. We both know why I'm here."

"We sure do. But, then again, I don't remember things as well as I used to. Why don't you remind me?"

"You don't remember do you?"

"Dennis, we're all familiar with the ancient civilization, The Mayans, and their predictions that 2012 would mark the end of the world. Well let's just say they weren't wrong; they were just misguided as to the universe's means to implement the destruction of this planet of ours. As foretold in the ancient scrolls, the only way for the mechanism to be disrupted that will surely cause our demise is by personal loss. Great personal loss, at that. In fact, you've already lost to the first pillar: the Zook who's name shall not be spoken in the Southeast."

"So wait...you're not here to chew me out over the UCLA loss?"

"Far from it, Dennis. Are you familiar with the constellation we know as Orion?"

"It actually depicts Rick Neuheisel in boardshorts throwing a frisbee." 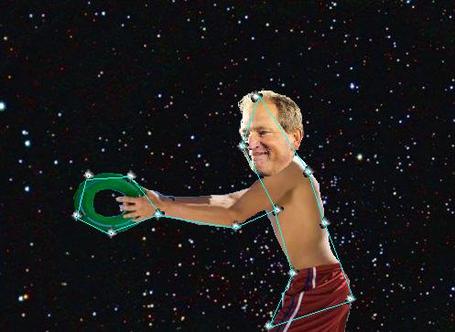 "Everything as of this moment remains tightly on schedule. Losing to UCLA, in the manner you did, is akin to sticking a thousand knives through the hearts of a thousand true in spirit. A missed field goal was actually considered by the Mayans on a level akin to the way Buddhists revere Nirvana. But your task is not yet finished, Dennis. Not even close, in fact. A third horrible pillar remains."

"No, it's not him. Even the Mayans thought he was too awful to prevent Armageddon."

"In order to prevent the sun from crashing into the earth, you must do the unthinkable. You must stare down death in the eye and be summarily defeated by... The Tedford."

"It may seem unfathomable. At times, it might even feel downright impossible. But just keep telling yourself 'he's a quarterback guru' and it will become less frightening until you pass into that bright light."

"But...but what if I can't do it! They needed overtime to beat Colorado!"

"Dennis...you are not alone in this fight. Brock Osweiler has known this is his destiny ever since he enrolled here. That's why he let us affix to his torso this:" 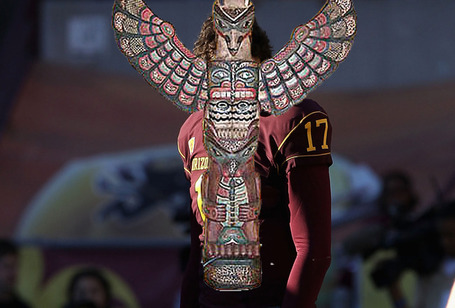 "But how does that help us lose to Cal?"

"It has some freaky Native Peoples curse that causes Brock to grow taller uncontrollably. The doctors estimate once he hits ten feet, seven inches, his body will snap in two, and well, that's bound to distract your offense for the remainder of a game."

"But what if the giant stick figure snapping in half isn't enough? What then?"

"This isn't a time for fear!  It's a time to face the impossible and conquer it!  Remember what's at stake here, Dennis.  It's not my future or your future - we've lived good lives. This is about our children and our children's children.  Not Vontaze's children, of course.  He swallows them whole."

"It's more than the only way: It's your destiny"