Yes, we saw Notre Dame's groovy helmets, and they did not strike us as anything you wouldn't see as a fake football helmet in a movie from the 1970s, or "The Notre Dame Football Helmet: Friendship Is Magic!" They're decidedly untraditional, but certainly nowhere near as awesome as those in the imagination of the EDSBS Staff. With varying contributions from LSUFreek, Luke, and Run Home Jack, here are those very much worse/better redesigns of Commemorative Notre Dame Helmets. 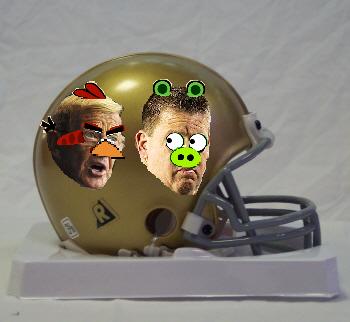 Enter the promotional code "BUYOUT" and unlock a specially priced download pack for Angry Birds featuring Charlie Weis and Lou Holtz-themed characters sure to make America's most popular mobile game even more entertaining! Be careful! The more you use the Holtz Bird, the less effective he gets, and then you go on probation and he just puts on funny hats and yells directly at the player while performing magic tricks. 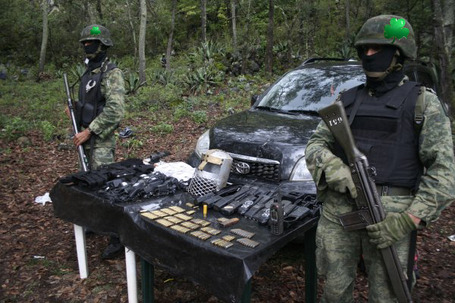 Celebrate Notre Dame's pivotal victory over the Miami Hurricanes in El Paso with the SUN BOWL COMMEMORATIVE HELMET. The design is based on the soldiers of the ongoing War Against Drugs, and was worn by the Notre Dame Fighting Irish at all times while touring the city and neighboring Juarez. Note: NOT approved as an official helmet by the NCAA or any of its member schools, but is prorated to "RESISTANT" against small-caliber arms fire, shrapnel, and pennies and homosexual slurs thrown by small bands of Miami fans. 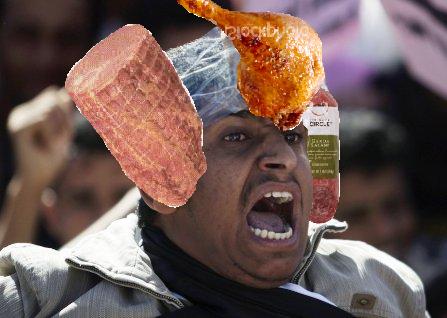 Like the Tyrone Wilingham Era, wearing this helmet will seem much funnier at the onset than toward the end of the day when it starts to smell bad and draw curious vultures. 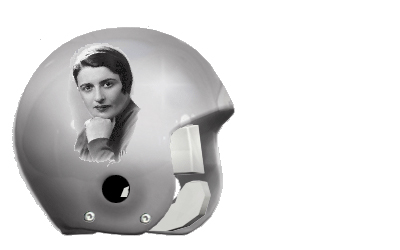 Bold! Uncompromising! Designed to save your precious skull brimming with constructive ideas sure to save you, and then possibly humanity! NOT THAT YOU CARE. Say "Looters to the Left" with the only Notre Dame helmet without a facemask. Why, you ask? WE DON'T CARE, but while you're asking? Because those in front of you shall yield to your iron chin and teeth, and also because the wind wants you to rape it with your teeth as you run past the sullen slaves of groupthink. Only one in stock. Current price: PRICELESS.* 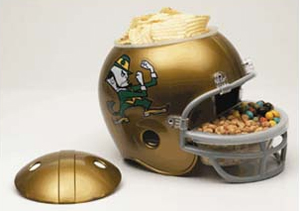 Snacks not provided. GET THEM YOURSELF, LOOTER. 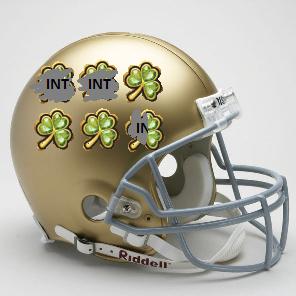 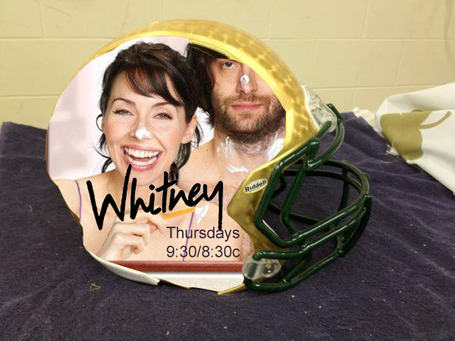 Who says Notre Dame's stuffy? Loosen up and enjoy the lighter side of Notre Dame in conjunction with broadcast partner NBC's latest comedy hit, "Whitney," starring the hilarious and sharp-tongued Whitney Cummings! You'll wake up the neighbors with the echoes of your laughter every Thursday at 9:30 eastern, 8:30 central. Notre Dame football and Whitney! Only on NBC! 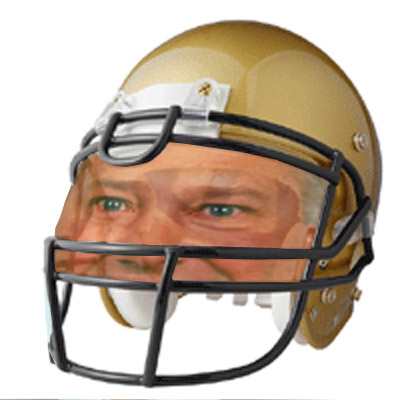