BETWEEN THE SYNAPSES: SAD BAMA BRO

Share All sharing options for: BETWEEN THE SYNAPSES: SAD BAMA BRO

Between The Synapses has a responsibility to bring you, gentle reader, even the darkest moments of college football.  Remember - don't cry for Bama Bro, he's already dead. 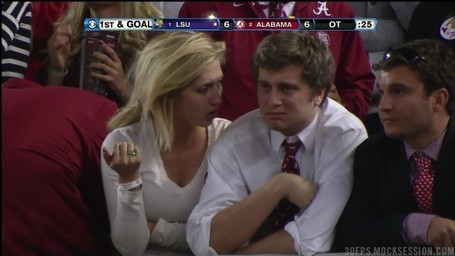 Woe, woe is me!  A thousand vessels with ten thousand tonnes of fuel for the boiler could not traverse the sea of my troubles, such is its great enormity and depth!  Happiness is but a shadow of a remnant of a memory once dream't by a pegasus.  Not even you, o flaxen-haired Beatrice, can provide me with solace.  Would that the senses five were stripped from this poor body, as now I fear even the most fragrant of rhododendrons will only manifest the fetor of loss.

Loss!  Such a small word for such a great chasm!  Farewell, apogee of my soul's delight.  Henceforth I shall be known as Schrödinger's Man, dead though yet still living.  Never again will these lips swing sweet songs of praise to Dippin' Dots. 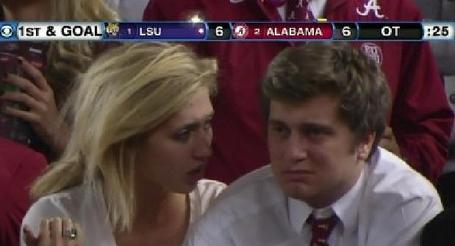 Sweet Beatrice, who darest to sire offspring when ours is a future without sufficiently advanced iced cream?  If wasted were these heavently spheres upon our brutish species, what hope have we to aspire to anything beyond the most mongrel of existences?  Art, letters, religion - these are all the folly of a herd of swine dressed in waistcoats.

What grievous sin could we have committed to have been cast out of this confectionery Eden?  Ah, these frozen wastelands we must now wander are all the more bitter having had Paradise itself upon our palates, if but for an instance.

Trollop!  Speak not to me of "astronaut ice cream!"  Your plebeian brick does me more harm than a Mongol's arrow betwixt my ribs.  Offer me Fudgesicles at your own peril. 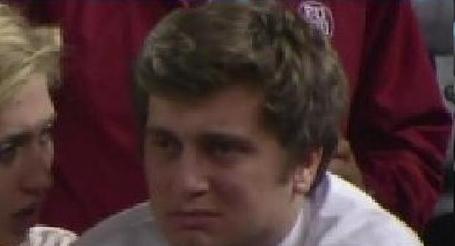 Forgive me my unkindness, dearest one.  Only now do we fully know the times that try men's souls.  The shock is not that Dippin' Dots are no longer, for all beauty fades and decays.  No, the trauma is that such a flame may go out whilst we are left to carry on as gasping fish caught in the cruel fisherman's net of fate, wondering when the sweet release of death will free us again.

O!  The pain, it is too much for one man's strength to bear.  Take comfort, my fellow man, in the knowledge that you will never feel heartbreak so heavy as that which now afflicts me. 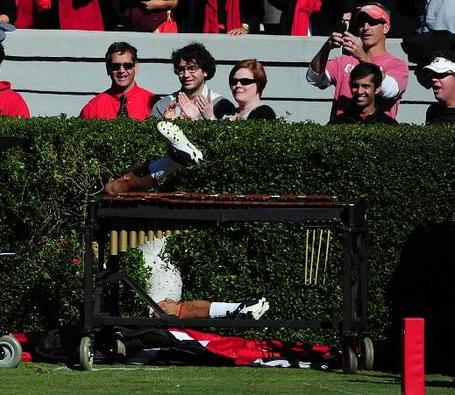 MAN FUCK YOU YOU AIN'T THE ONLY ONE WITH PROBLEMS THIS IS NO WAY FOR A HEDGE TO LIVE AW SHIT I THINK HE PISSED HIMSELF IT AIN'T EASY SHRUBBIN' SON NAHMEAN?