OPEN THREAD, SECOND SHIFT: YOUR SUSPECT IS BLOTCHY AND FAMOUS

Share All sharing options for: OPEN THREAD, SECOND SHIFT: YOUR SUSPECT IS BLOTCHY AND FAMOUS 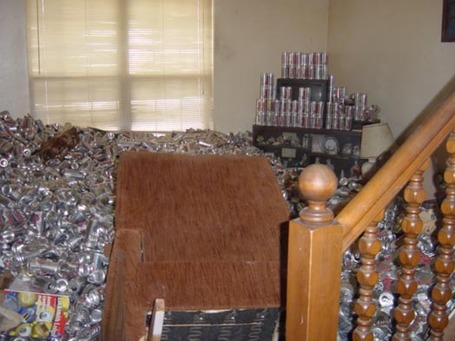 Our suspect has the same M.O. in each case. He enters the home, usually clad in red and accompanied by several acquaintances he refers to as "bros." They bring in beer with them and tell the homeowners that "it's cool," encouraging them not to call the police because "they just want to party." The suspect and his friends then consume beer all night and watch television, leaving behind somewhere on the order of four to five thousand beer cans behind in their wake. They then leave, often without a word and with the homeowners paralyzed beneath the beer can midden.

Our suspect's name: Bret Bielema. His crime: nothing that isn't legal in Wisconsin and Wisconsin alone. This thread? now open for your use. It's cool. We just want to party.