It's easy - and reductive - to think of many coaches as half-wits who can't handle the simple arithmetic of clock management or two-point conversion strategy.  The truth is that most coaches have multiple degrees and enjoy learning about all manner of subjects, including the arts.  Come and see just how well-read this braintrust is in this week's...

MILES: And third down Dewey Dell audible to the stop and go GO go away possum there's no bread in the oven because my mother is a secondary violation fish

HOLTZ: I - what?  I can't tell if he's quoting something or if that's just how he talks.

FRESNO STATE HC PAT HILL: Ok, so, who's squaring off in the first round?

OHIO HC FRANK SOLICH: First round?  Of what?  This is a book club meeting, Pat - we just sit around and talk about different themes and motifs from literary works.  There's no "squaring off."

HILL: You're kidding me.  I can't believe I dragged this heavy-ass nerdboy law school textbook down here for nothing. 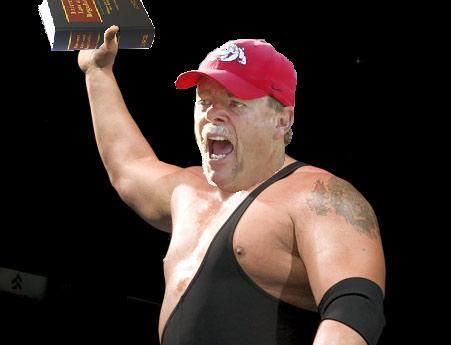 HILL:  At least let me throw it at Addazio or something.

MILES: Darl won't dive anymore we didn't see the rock you are you and I know it where the holding flag it smells like honeysuckle

TEMPLE HC STEVE ADDAZIO: You wanna get rough, Hill?  Might want to think that one over.  You don't coach Connecticut high school football without ripping a few throats out.  I was a position coach at Syracuse, son.  SYRACUSE.

(He attempts to spit contemptuously, but ends up getting a loogie all over his shirt.)

HOLTZ: Guys, look, if you don't calm down, nobody gets these Werther's my dad sent.  Ok, so, this week's book is Watership Down by Richard Adams.  Let's talk about Cowslip's warren first, which I thought was a fascinating metaphor for life in certain autocratic regimes.

BOISE STATE HC CHRIS PETERSEN: Actually, Skip, I thought that was a more apt description of Efrafa under General Woundwort, as Cowslip's warren really concerns a sort of hedonistic fatalism which can, in theory, be found in nearly any sociopolitical structure.

CINCINNATI HC BUTCH JONES: The Rabbits are a symbolism of fuckin'.

(Most of the other coaches murmur and nod approvingly.)

PETERSEN: What? You're going to support that tripe?

HOLTZ: Look, Chris, Butch is a Big East coach.  He doesn't have time for complicated literary analysis, not with top talent teams like UConn and Rutgers to prepare for!  It may be that you had a good point, but, well, it's a Mountain West point, and so it really can't be given that much credit.

PETERSEN: That's absurd!  I come here with a detailed comparison of Hazel's journey to the Homeric epics and you're just going to ignore it all?

NORTHERN ILLINOIS HC DAVE DOEREN: Look, don't get all pissed at us because you wasted your time like an idiot.  I didn't even read the damn book - my plan is just to sit here and make my contemplative face.  Watch. 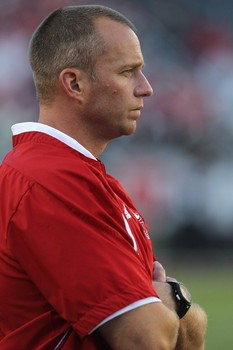 DOEREN: I do that for another year or two, and maybe my school gets an ACC offer.  HELLO, INDEPENDENCE BOWL!

JONES: As I was saying before I was so rudely, interrupted, the rabbits represent fucking and "watership" is basically some sort of British word for jetski.  So it's Watership Down because the rabbits are blowing one another on the jetski.

(Petersen glares at him.)

ENGLISH: Whatever, man.  I need all the support I can get when that Illinois job comes open.

FLORIDA ATLANTIC HC HOWARD SCHNELLENBERGER: Gentleman, if you'll allow me, there's a passage from another tome I'd like to share with you today.

"I had no feeling for the lion.  He did not seem to have anything to do with me.  The autumn wind pushed the dead animal's fur back, and I unbuckled the scabbard attached to my thigh.  It served no purpose now.  That dagger was properly sheathed in the lion's torso.  The army truck stopped, and the nurse approached, womanly tears staining her breasts.  She offered me a tin cup full of brandy.  It was cool on my lips.  But I would never love her."

SCHNELLENBERGER: Even better - it's a selection from my forthcoming autobiography. 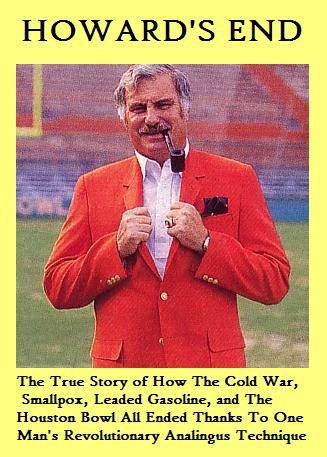 SCHENELLENBERGER: And, don't worry, I've arranged for advance copies to be sent to all of your wives.

HOLTZ: Well, on that exciting note, it's time to pick the book for our next meeting.  Does anyone have any suggestions?

ADDAZIO: I would like to wholeheartedly recommend the Michael Crichton classic Congo as it is the only book I have ever watched that tells the Dr. Doolittle story the way it was meant to be told.  I will also warn you that it is serious literature because there are no Laura Linney nude scenes.

SOLICH: Dammit, Steve, for the last time, we are not watching CONGO.

ALABAMA HC NICK SABAN: If I may, there's a book I think we could all benefit from.  It's taught me a lot about how to live my life and how to be a leader of young men.  Trust me, if you really buy into what this book has to tell you, it will change who you are forever.

MILES: Necronomicon and vardaman and hold me under the tulip poplar and the grass tastes sweet like mama Darl still hadn't caught her touchdown Dewey Dell