WHAT YOUR MAN GOT TO DO WITH ME? AN URBAN MEYER Q AND A

Share All sharing options for: WHAT YOUR MAN GOT TO DO WITH ME? AN URBAN MEYER Q AND A

In the spirit of healing and cooperation, Ohio State fan Luke and Florida fan/mourner Orson had a very cosmopolitan, not-at-all-awkward discussion over Urban Meyer taking his toothbrush and sleeping over at Luke's on a long-term basis.

Luke: Despite swimming across a river of shit for the better part of the last 12 months, Ohio State has inexplicably come across the other side with new swimming coach (and fecal aficionado) Urban Meyer arguably smelling even rosier than when they started. What are Urban's likes and dislikes and what are a few tricks we can use to really drive our new man wild?

Orson: I'd not ask any questions at all about anything. He doesn't like answering them, and may refer you to his press agent. His press agent is a cinder block with a fedora named Steve. He has never said anything, and never will.
I would also be loud in the stands: consistently and hellishly loud. At Utah and Florida he openly asked for more volume from the fans, so whatever you're doing now, amp it up and wait for praise from your new Dear Leader. He'll nod and point, but not smile. This is what Urban Meyer describes as "an emotional outburst."

Luke: Speaking of emotion is there anyway to gauge between pithy, condemnatory Urban Meyer and the platitude vomiting, faux lauding one in terms of how he handles players and his assistants alike?

Orson: No. These are the same people. He really doesn't care what anyone thinks, and communicates in cipher. This may be one of his more Buckeye-compatible features, since the previous management specialized in non-communication, too. This is just Tressel-speak with brevity and editing thrown in for a curveball.

Luke: Ohio State is getting some sort of take on the spread which may cause more camera people to faint and women to induce labor after 9 years of being subjected to Jim Tressel's "just like Nick Saban but a eunuch!" offense. Will this take be more Manispread Destiny or Spread Asshole?

Orson: I'd count on an evolved spread that takes a half-season or so to get off the ground. The people I've talked to have mentioned a few names you might expect like Greg Studr-Studa-ST—the dude from LSU, but you shouldn't be surprised to see Meyer go get someone like Chad Morris at Clemson. I think he knows he can't run what he ran at Florida without tweaking it, and injecting some no-huddle Malzahn-type elements into the game would keep things unpredictable and fresh.

Orson: I think he's a bear, judging from the game plan this year at LSU. If you have something he wants, he will swat at it. Then he will continue to pummel you. Then, out of nowhere, he'll run away and do what you think is hiding, but that is because the bear has a sniper rifle stashed on an adjacent hill, and is aiming at your head. You never hear the bullet, nor feel the remaining two quarters of continued pounding. You gave him the sandwich in your backpack at the start, but this really isn't about the sandwich, and never has been. (Note: this is pretty much also Les Miles' dream offense, so who knows who the bear really is in this analogy.)

Luke: Urban Meyer has long been thought to have health issues. Obviously Meyer's been somewhat covert about them since, well, a man's health is really no one's business but his family's and his employers' and likely more specifically to deprive King Hippo-likeness sharing Noid devotees the ability to use it against him, but from all accounts, it seems most likely it was more of a mental health issue than an actual physical affliction. Should this be anything Buckeye devotees worry about or is Urbz 2.0 built to last?

Orson: Does "I have no idea?" make you feel worse as an answer?

Orson: Superb. My instinct is this. He was burnt out, and unable to make up the gap in coaching staff losses with the usual self-lacerating effort. Then he freaked out, and then freaked out, and then had to go to the farm where middle-aged men freak out, listen to the morbid albums Jimmy Buffett put out between 1982-85, and then figure out what his life was going to be. I'll be he listened to Riddles In The Sand the most. That is the 808s and Heartbreak of the Buffett oeuvre.

Luke: Seems perfectly in his wheelhouse. Speaking of health, in Meyer's semi-autobiographical "Urban's Way", he talks about the reasons some of his teams' legal issues reached what some might consider hypocritical levels was in large part due to his unwillingness to give up on kids and how this sort of stress played a direct role in contributing to his own diminishing personal well being. Given Ohio State's recent very public issues, should we expect the leash to be as long or will the Will Hill's (#SOUR) of the world be less likely to wind up in Columbus under Urban's second wind?

Orson: The leash will be that long, and for talented players even longer. Do you like recreational weed use? You will like playing for Urban Meyer as long as you are good. The most damaging case was the Ronnie Wilson case, where a player was booted from the team for discharging an AK-47 when he felt threatened after a barfight. He did this in downtown Gainesville. Ronnie Wilson was later let back onto the practice squad without a scholarship, and eventually quit the team. The other was Avery Atkins, who was kicked off the team after a domestic violence charge. Atkins was later found dead in his car by his own hand.

So, you know, it's not a pretty picture, but it's not a simple one, either. HEY LET'S LIGHTEN THE MOOD BY PLAYING SOME WORD ASSOCIATION NOW THAT WE'RE TALKING ABOUT DEAD PEOPLE

Orson: McRib. Universally acclaimed. Back. Probably lasts five or six years with no refrigeration on an exposed shelf.

Orson: A 15 pound mace swung three inches from the face for four hours.

Orson: Scalding, but now with epsom salts and a cool beverage after careful considerations of his health. That may be lavender in there, too, but that's none of your business, "journalist."

Orson: The order: "BLOCK HARDER AND TO THE PLAY SIDE, AND IF YOU'RE GOING TO MISS, MISS BIG." 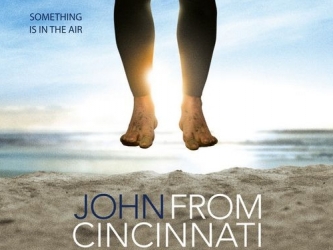 Orson: John from Cincinnati. There's just something about it, man. I have a question for you now: what Big Ten coach is going to mysteriously have his number?

Luke: If Penn State hires Dan Mullen, I could see a flaw in the Death Star sort of scenario unfold. More realistically, while they won't face each other with much regularity, Kirk Ferentz could potentially play TrollCoach to Meyer by virtue of not really doing anything at all. This will drive Urban crazy (and Iowa fans alike when they lose to Indiana a week later) and there will be no logical explanation why but it's sort of what Ferentz does best.

Luke: To wrap things up, let's get personal: How many dates does it take before Urban Meyer takes you home?

Orson: You might have to date for a year or two, and even then there might be commitment issues. It's so good you won't care, though. Meyer has a talent for uncovering a fanbase's inner slut. Wear the thigh-highs and make no promises, and you'll be fine.

Luke: Is Urban an organ donor?

Orson: According to Alabama fans, he gave his heart to Nick Saban. Alabama fans are terrible at anatomy, science, and many other things, though.

Orson: Urban Meyer has not heard of a new musical act since 1988. Again, he has come customized and pre-compatible with half of the Ohio State fanbase already.

Luke: If Urban Meyer could spend one night with anyone would it be: Woody Hayes, Farrah Fawcett in 1976, or Rene Descartes?

Orson: Woody Hayes. They would go to a cold, dark field in rural Ohio with a bottle of rye. Woody would narrate the death of Patton, pausing thoughtfully to note the tragic moments when the general, his head held off his broken spinal column by fishhooks and wire, called himself a failure on his deathbed. Woody would think about crying, but would pause, collect himself, and then smash the bottle over Meyer's head. At that instant Meyer would attain enlightenment along with a grade two concussion.