In our billionth post on the internet today about someone getting fired, Rick Neuheisel's official exit from the UCLA job caps a bloody 48 hours of coaching losses. Neuheisel will need a new job and need one quickly, and in this economy that won't be easy. Fortunately, we have suggestions.

LET'S PAINT AND RUN AND MAKE BLENDED DRINKS AND LOSE TO USC BY 50.

4. Really Inaccurate Running Coach. "Eat whatever you want, and I mean whatever: old magazines, batteries, dead mice, whatever." 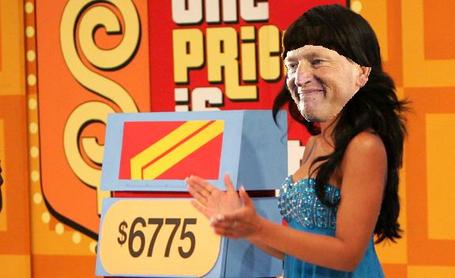 10. Star of UPN series "My One Dad." About a guy who raises an imaginary daughter in a desert scrapyard while tripping balls on cough syrup

11. Swaziland's First Astronaut. And its last.

12. Roadie for a fictional band in a movie starring Mark Wahlberg. He will have no idea it's not an actual musical act.

16. Rival Gigolo of Thomas Jane in "Hung" who's really bad at his job.

19. World's Nicest DHS Screener. A full cavity search, sir? I promise, it won't so much as tickle, buddy.

20. Barista at Original Starbucks in Pike Place. Just to brag to his parents he's doing something with his life.

21. Governor of California. Since after four years nothing happens, and then someone else takes over and fails.