LOL ESPN. Jumped the gun? Yes, most likely jumped the gun, but that doesn't mean the bullet isn't aimed and ready in the chamber. 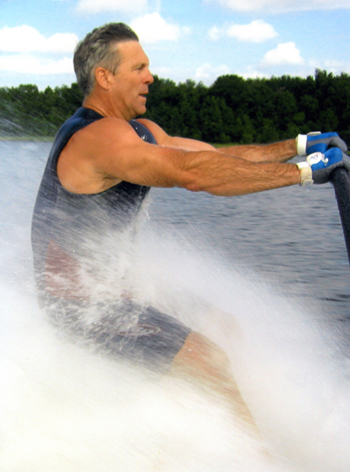 Cause of death: sudden onset anemia exacerbated by becoming the first coach to lose his last six games after winning his first six. Really, it was everything you could ask for from the [NAME REDACTED] experience. There was some spectacle, then some disaster, then some more disaster, and then a little sunlight along the edge of the stormclouds before complete annihilation in a storm of incompetence and inexplicable loss. Even Illini fans acknowledge that the bad had the good, too, but that yeah, badness requires firingness.

BODY THREE. Turner Gill at Kansas, fired to no one's surprise after fielding possibly the worst BCS conference defense we have ever seen. It was done cleanly and without profanity. The Curse of the Mangino still hangs over the program, so lest a proper exorcism occur, the Fat Man's anger cloud still threatens the future of the program as we know it. (Proper exorcism: all the pizza delivered to 1 Mangino Way ASAP. All the pizza? ALL THE PIZZA.)

BODY FOUR.  Larry Porter at Memphis is gone, too, soon to be replaced by someone else who will be fired in two years. Are UAB and Memphis the same football program existing in two equally divided and symmetrical realities? You decide! (But yes, they are.)

BODY FIVE. See Body Four, but put "Neil Callaway" in the slot of "doomed coach at a program with no real commitment to football," but modify conditions to include "is crippled by a state board determined to kill it."

BODIES IN THE PRE-DEAD BUT DOOMED STATE.  Neuheisel is scheduled to be fired after the Pac-12 Championship Game, according to the LA Times, and yes that probably would look very awkward for the Pac-12 if an interim coach waltzed into the inaugural title bout with a team phoning it in from somewhere south of Guadalajara.Paul Wulff isn't gone yet, and his status is still very much in the air.

PUPPIES EVERYONE PUPPIES. Here's a picture of Rich Rodriguez in a sombrero to stop the crying.