Share All sharing options for: BETWEEN THE SYNAPSES: OREGON HEAD COACH CHIP KELLY

To paraphrase Wu-Tang, the game of football is like a swordfight: you must think first, before you move.  Even the most talented athletes are useless without the most exacting and carefully-planned strategies.  Oregon's Chip Kelly knows this, but even he couldn't handle Lane Kiffin's Troll Style.  (It's immensely strong, and immune to nearly any criticism.) 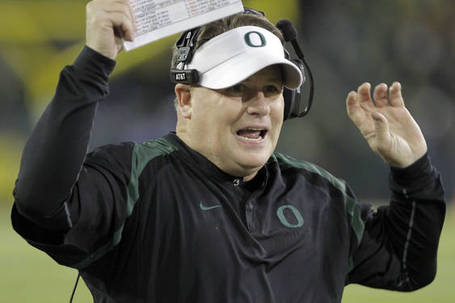 No...just...no - you gotta slide over and help...DAMMIT!  I knew we shouldn't have listened to all that horseshit about Woods being out.  Kiffin was just messing with us, and it worked.  I don't even know why I called Lyles to see if he'd heard anything. "Oh yeah, saw that kid in a hospital bed, missing both legs.  Looked real angry, too."  I know you're just feeding me old "Breaking Bad" scenarios, Willie, and I'm not gonna put up with it anymore.

Oh, come on, ref, you're just gonna let them SIT on my player?  I swear to god if they pull that Cal fake injury stunt I will knife the back judge.

Christ, I've seen toddlers with attention disorders hold blocks longer than this.  We gotta start breaking some long runs to take some pressure off Darron. 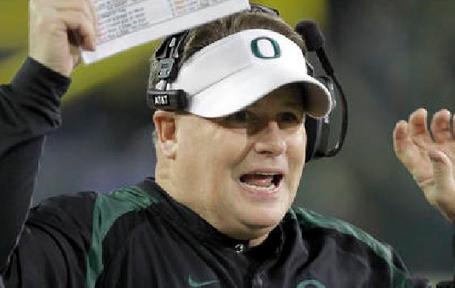 Ok, time to get back on track.  Find the seams in the coverage - good, now keep that pass accura - OH GOD HELP ME IF YOU DROP ANOTHER PASS I WILL CUT OFF YOUR HANDS AND FASHION THEM INTO A CUMMERBUND WHICH I WILL WEAR TO YOUR FUNERAL.  I DON'T CARE IF THAT'S INAPPROPRIATELY FORMAL.

We just look so unprepared.  I knew I shouldn't have let the team watch the Oklahoma State game last night.  Figured it might get them all fired up, really come out swinging today.  Instead they just got cocky and distracted.  Dammit dammit dammit.

It's not over yet.  We won't just lay down.  I've gotta pull out all the steps, because Kiffin's coaching the hell out of his team right now. 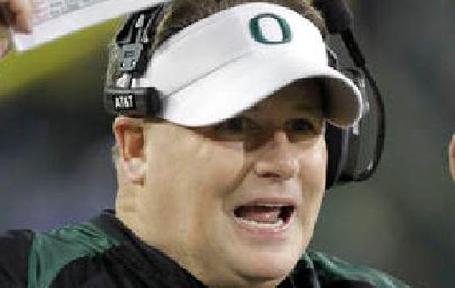 Man.  First that kickoff return, then the two-point conversion we got on review...maybe we have this!  Come on, let's get this field goal and send the damn thing to OT!

Sigh.  It hurts to admit it, but I gotta tip my hat to Kiffin.  I don't know how he did it, but he found all the strategic angles to beat us tonight.

Just makes you wonder what's going through his head for these big games. 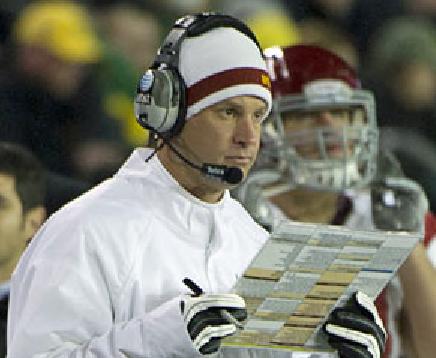