Share All sharing options for: LINES LINE BY LINE

We break down exactly how Las Vegas got to the current spreads in mostly unimportant games.

Minnesota at NORTHWESTERN.  Fifteen and a half point spread for Northwestern to cover.

Four points: Pat Fitzgerald's windbreaker, draped over his body, which is covered in a full tattoo of a windbreaker

Two points: Marion Barber III breaking into the equipment room before the game and eating all the Gatorade powder.

Six points. Lingering disorientation from leftover Kafka football nightmares. (He dreamt he was a great insect, but was really Darnell Autry in a dinner theater production of The Crucible.)

Three points: Jerry Kill distracted for most of first half arguing with an assistant over whether Jenny in Forrest Gump had AIDS.

Half point: Was a full point, but then everyone remembered Darren Rovell went to Northwestern and said, 'yeah, that's a half point, bro.'

Four points: Mike Gundy, just pointing to his pants and winking at you going "You know why."

Ten points: Steele Jantz will hear rumors that a talent scout is in attendance and will abandon proper footwork in favor of BIG SMILES 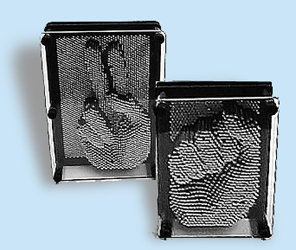 One point: After a rushing touchdown for the Illini, Ron Zook tells his kicker to stay on the bench and sends out the punt team instead.

Four points: Bielema promised that sick kid in the hospital that he'd win big for him, and damn if his mother wasn't sporting one sweet whale tail.

One point:  [NAME REDACTED] goes for two on onside attempt.  Kicker just runs up, plucks the ball off the tee, throws a pass to streaking band member shortly before half. 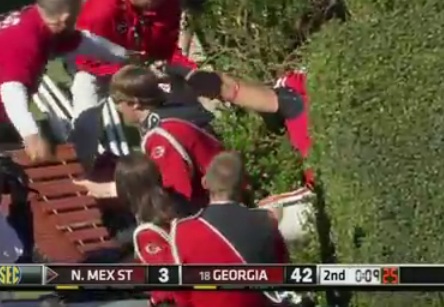 Six points: Aron Smith scores TD, continues war against plant life by running out of stadium and pole-vaulting into nearby sycamore tree. Fire department must rescue him while he meows for effect.

Two points: Wearing only a tank top and cargo shorts, Tim Couch sprints onto the field, takes the ball, runs into his own endzone and takes a knee.  SEC officials insist a safety is the proper call.

12.5 points. Joker Phillips, out of ideas and desperate, runs the steps for Bill T. Jones' D-Man In The Waters as his base offense for the entire second half. Critics call it "arresting, visceral dance," and note that it "was also just 42 false starts in a row, and resembled those times when a friend of yours falls asleep on the other end of an XBoxLive NCAA match, and his team just has the clock run out on them for endless penalties come on you know it's happened to you."

Four points. Gary Pinkel's been watching a lot of tape lately, if you know what we mean.

Two points: Seth Doege insists on audibling only in diphthongs.

Two points: After eating some questionable potato salad before the game, Tuberville refuses to talk to any official, because they all look just like Bobby Lowder.

Three points: Mizzou receives an SEC welcome gift basket, which contains a pecan log, a Bible, and a 5'8" running back who runs a 4.5 and was certainly acquitted of burning down that middle school.

Five points: Mizzou has unlocked secret of T-Tech's three plays: "Zone," "Screen," and "Oh shit that's not where that ball's supposed to be at all."

One and a half points:  Someone tells Adam James that he is not, in fact, Santa With Muscles.