Share All sharing options for: [NAME REDACTED] WALKS OUT

[NAME REDACTED] had a press conference today. It did not end well. Keep reading.

PRESS CONFERENCE. Feelin' it. Movin' it. Answerin' questions. Grabbin' the podium. Wanna put a steering wheel on this thing. Wooowheee would that be funny. Where ya goin', Ron? The Rose Bowl! Gotta take Commitment Road. Make a left on Excellence Road. Stop and refuel with some Hard Work at the Character Station. 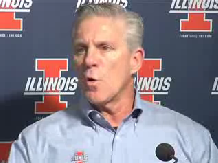 [/stares at everyone like he's never seen them before]

Then you gotta take the interstate, and roll those windows up when you get to LA. People wanna sell you oranges. Oranges are the fruit of losers. Strictly a Bosc Pear man, and eat the cores. WINNERS EAT THE CORES AND MAKE TREES WITH THEIR POOP. Gotta give to the next generation.

Reporter: Coach Zook, do you think it's hard to focus when there are rumors of your job status--- 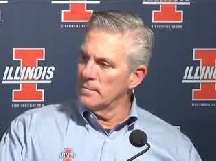 Not talkin' about that. Talkin' bout pears. INTENSE PEARS. Strong fruit. Every noticed how every pear is shaped like a balloon? Balloons are a symbol of hope. They float up into the sky. Then they land in the ocean. Dolphins choke on 'em. Know why? Dolphins lack commitment. Never trust fish. Born liars. Reporters aren't fish. Don't mean this personally, but you're fish-like. Wouldn't eat you without scaling you, know what I mean?

Gonna walk if you ask it again. Gonna walk with INTENSITY.

Reporter: But have you talked with your...um, players....about how they shouldn't pay attention to this, and... 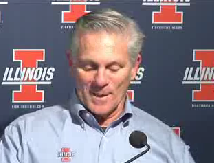 [/thinks about a moving episode of The Hair Bear Bunch] 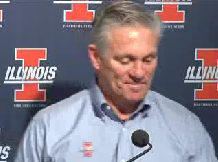 [/realizes he is being asked about his job]

'Scuse me guys. Gotta do some walking on Winner's Avenue. I'd give you directions but I don't think your GPS goes there. RECALCULATING.

[/grabs pile of papers that aren't his] 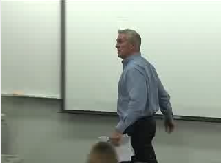