THE BEST OF THE NOTORIOUS TOB

Share All sharing options for: THE BEST OF THE NOTORIOUS TOB

If Tom O'Brien really is on the hot seat, that would be a shame. it would rob NC State of a genuinely nice man who once got them into a tie for second in the Atlantic division. It would take away the only man to ever start 0-4 in the history of the ACC and then go 4-0 down the stretch. Now that we think about it, this feat of perfectly even derring-do, a bold adventure just to get back to .500, may be both the greatest and most fitting achievement of Tom O'Brien's career.

So if the Notorious T.O.B. is on the way out, it's only fitting to revisit his greatest hits and hottest verses. SPIT IT SON. 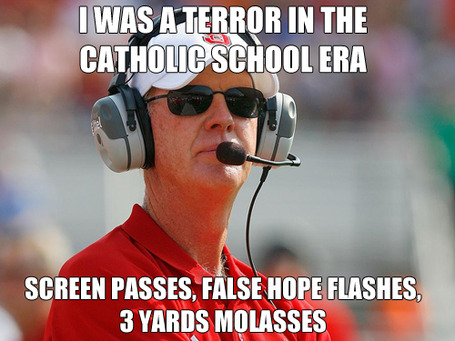 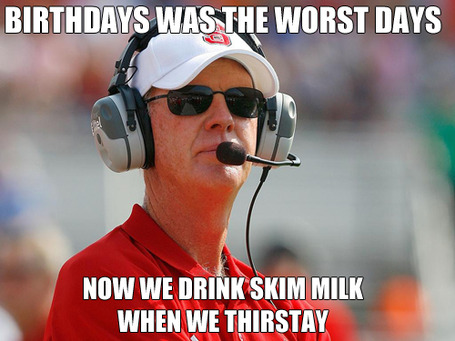 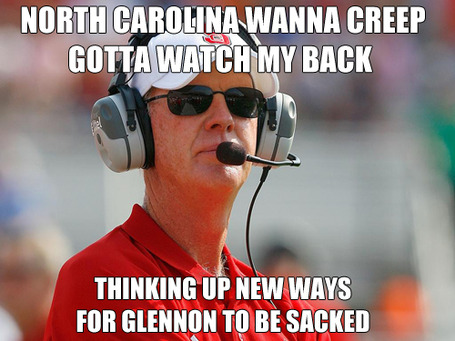 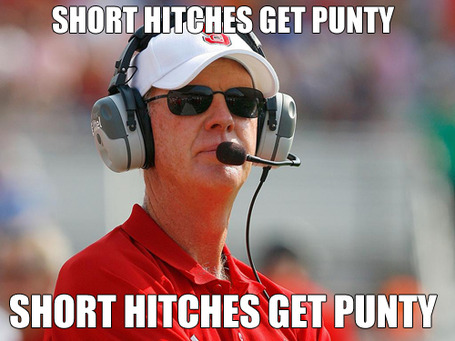 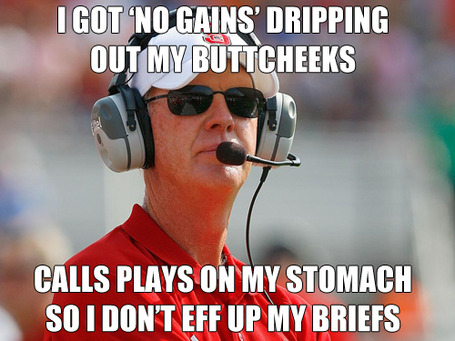 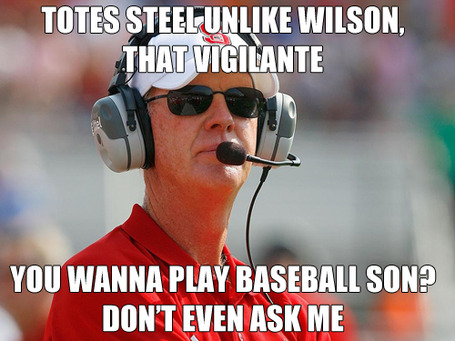 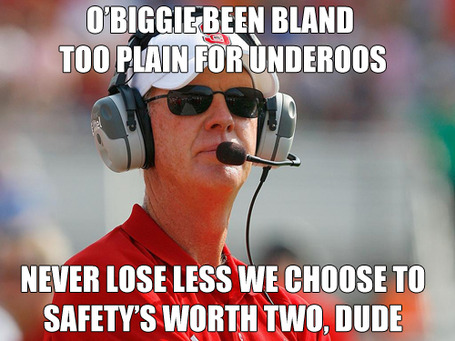 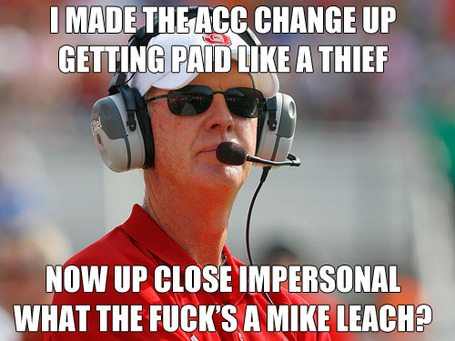 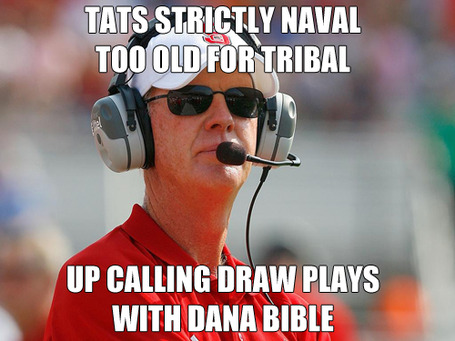 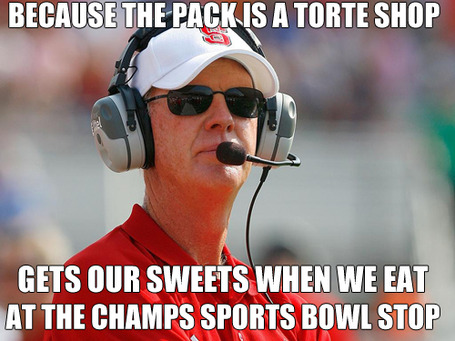 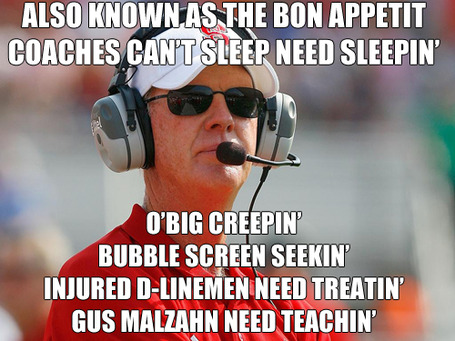 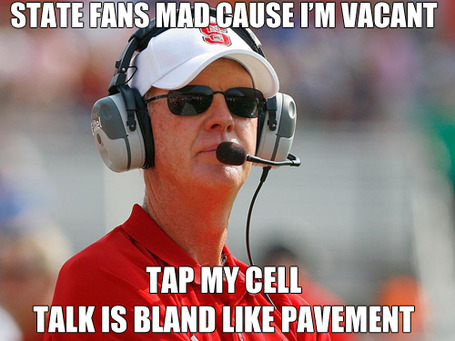 AND AS A BONUS: The Ten Milk Commandments By Tom O'Brien. 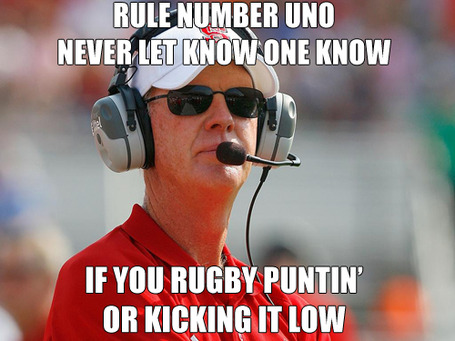 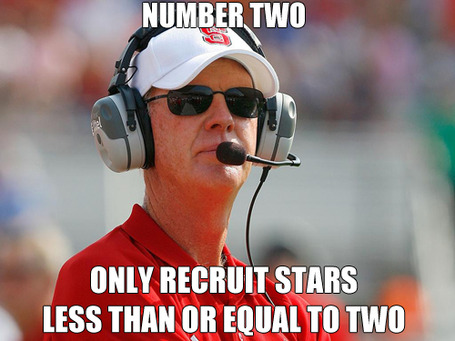 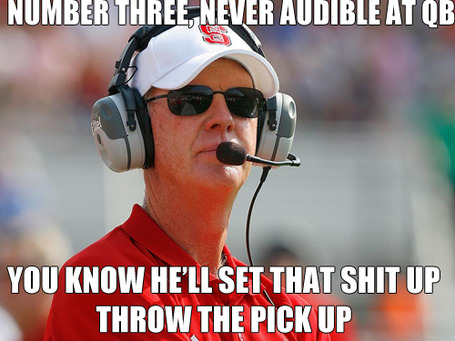 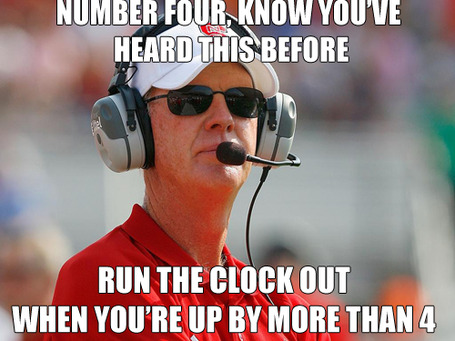 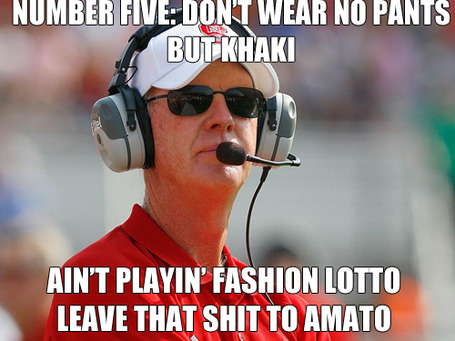 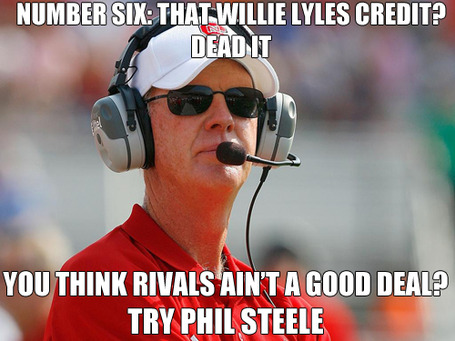 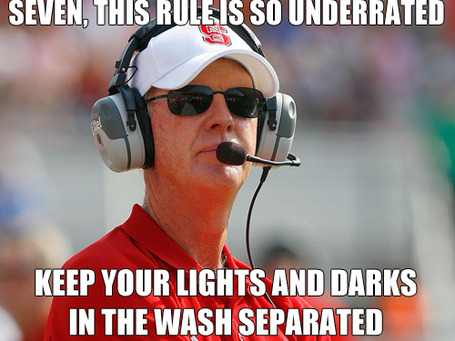 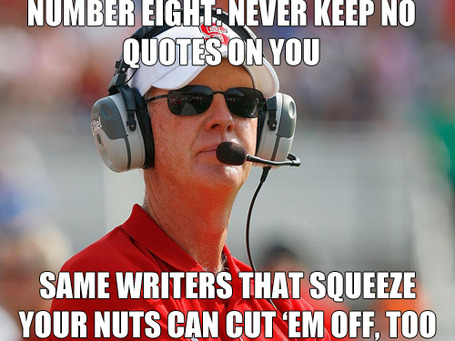 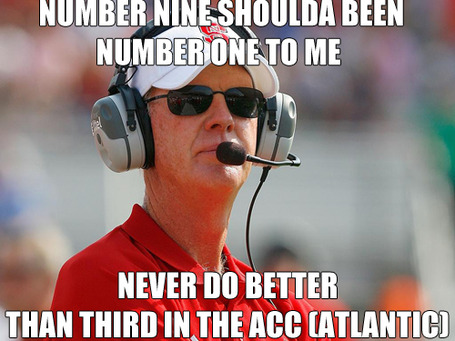 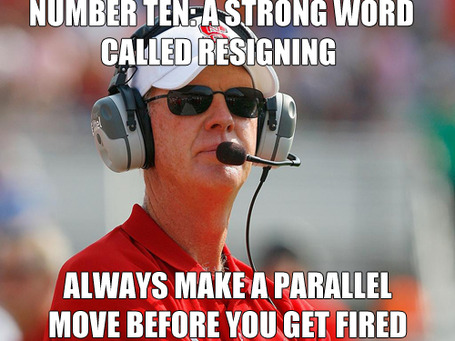