Share All sharing options for: BRET BIELEMA'S NOT HERE TO MAKE FRIENDS 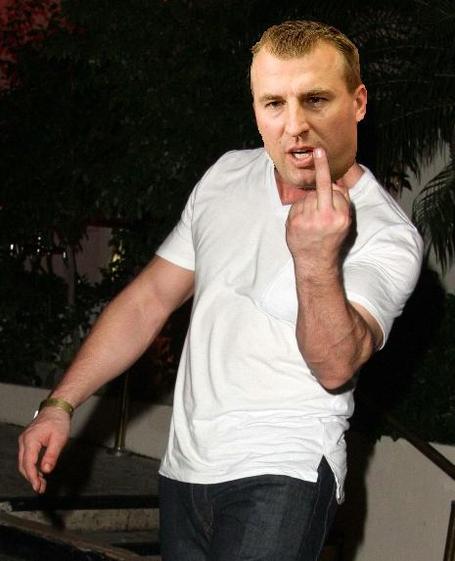 Yesterday, when asked about recent scandals at Ohio State, Penn State, and other notable football institutions, Wisconsin's Bret Bielema reportedly remarked that it was a good time to be a Badger fan.  This is because Bret Bielema knows what so many men in our overly-PC world deny - tact is for also-rans.

In that spirit, Luke and I have compiled a list of Bret Bielema worldviews, none of which he's specifically stated but all of which he probably lives his life a quarter of a mile at a time by UP TOP BILLY BROCEAN