A MOTIVATIONAL WORD BY LEE RANDY WHITE JAMES THE THIRD

Share All sharing options for: A MOTIVATIONAL WORD BY LEE RANDY WHITE JAMES THE THIRD

Gators. GATORS. Y'all listen up. I got some shit to say.

Life makes hard times. Hard times take soft people and put 'em in a bug press. You ain't heard of a bug press? It's two pieces of sheet metal. Get a C-clamp, put some bugs in there, and then get to a-crankin'. Collect the juice in a dip cup, dry it on a sheet of aluminum foil over a burner, and then you hoover that business in like Channing Crowder suckin' up a trail of tall boys. You get the right bugs and you'll get higher. Get the wrong ones and you'll puke green foam for three days.

That's life! No one said it was predictable.

I suggest you turn over a canoe for easy bug collection, and leave some meat under there for bait. A dead squirrel is both economical and fun for kids to play with before use.

So yeah. Hard times. Bug Press. People under pressure leakin' free PCP juice. I'm not sure what I'm sayin'. I know you gotta play a helluva football team tomorrow. It's a challenge. They been out there in the swamps, prolly slammin' those chunky Cajun girls who don't take off their waders before gettin' their boudin-stabbin on. Dated one of those once, and have the scars to prove it. Naw, she didn't stab me. Her pet raccoon did, though. She cried when I ate him, and that's something no relationship can recover from, gentlemen.

[/crams handful of dryer lint in as dip]

Ah, picks up you every time. Challenge! You're facing a huge one in those swamp boys. I know about challenge. People will never tell you to take a challenge. They'll say all kinds of things to keep you from being a champion.

Oh, Lee Randy, you can't jump in that swimming pool, mostly because it's really just an abandoned tire shop, and you're high on PCP and leaning off the balcony of an apartment three stories above it.

Lee Randy, no man's ever eaten an entire children's slide a public park before!

Lee Randy, you can't spotlight hunt for groundhogs off 441 with a stolen iPad and a four-shot zipgun you traded for eight deactivated EBT cards!

Lee Randy, you can't live for three years behind the Pat's Kwik-Stop on 34th St on stolen gum, bushmeat, and 100 gallons of box wine you stole off a flat at Sam's Club without developing scurvy!

Well I did, and I didn't, men. Ain't sayin' I was successful in all of it. Sure, I got banned from Ocala Jai-Alai for life, but the look on that bastard's face was worth it when I told him I'd just raped his car. Rape is wrong, y'all, unless it's some no-count cashier at a jai-alai's Ford Probe. It was askin' for it, and I'm not at fault for giving it to him.

[/tooth falls from mouth while talking]

So anyway, you gotta embrace the impossible. LSU's faster. They're bigger up front. And if you get arrested in that state you can pay your way out with sex, cigarettes,  Mexican pesos, or inhalants. A mix of three of the four is most effective, I've found. In Florida you gotta go all four, and that's what we get for not havin' a goddamn income tax. 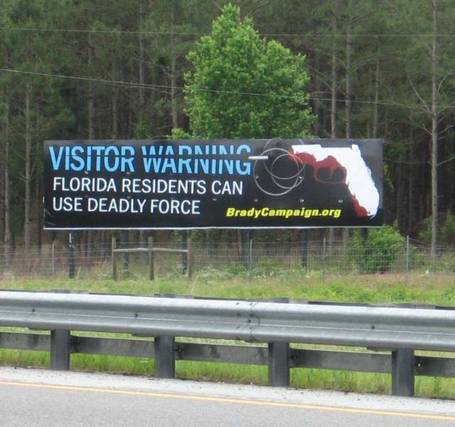 You're my Gators, though, and for that I'll always love you. You'll play hard. That Driskel kid'll have a tough day. I was in the same situation once in Hawthorne. Surrounded by rushers, chaos all around me, and the ball in my hand. I took off like a shot, though, motivated by the will to win, the fear of letting my teammates down, and my love for playing the game.  I was tased before I could throw the pumpkin full of gunpowder into the Golden Corral, but the glory was in the effort, y'all. Hawthorne sucks, their people don't know how to party, their police ain't shit, and you can quote my ass on that whole thing.

(My teammates? Two giant spectral chipmunks that spoke Dutch and told me this had to be done. Nutmeg is crazy, and they keep it right on the goddamn grocery shelf!)

In conclusion, Gators? Let's get a little nuts. This is LSU! Shit, they're this close to being committed themselves just for living in a state where you can't punch a tree for looking at you funny. Experience. That's how I know this, and no amount of forensic evidence can ever tell me that "Tree" was "a 38 year old librarian in Ruston."

You come from a place of freedom. Of possibility, y'all. A place where you can poop on the beach like a free man, and yell at the dolphins for being snobby, and get run over by a surly patrolman on an ATV at 4:00 a.m. because that's just what happens when you're free, and American, and completely trashed on some gutter wine you found stashed in the rocks on the causeway. Sorry, guy-whose-wine-stash-I-took, but freedom sometimes means someone else staking your shit. This is America, and we don't apologize for success.

In conclusion: Friends said I was crazy when I thought that little lady with the big hair on the Cafe Risque billboard was telling me what to do.  But now there's a half-mile burnt-down right next to 75 and my mind is clear as a whistle, so who's crazy now?