A dorm room on the Georgia Tech Campus. A knock at the door. Scott, a student, answers the door. 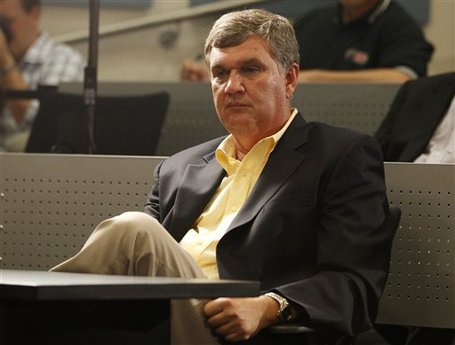 Paul Johnson: Son, you're gonna need to show up for the game Saturday.

Scott: Who are you?

Scott: He's next door, and is Indian.

PJ: Well, you know what happens when you assume.You make an "ass" out of you, and leave me out of this because your being an ass ain't my problem. Sit down. Gonna tell you a story about my Daddy.

PJ: He nailed my hand to a stump in the woods and left me there with a knife, some flint, and a fox skull on a cold February morning when I was eight. 20 degrees. Fifty miles from my house.

Scott: Oh god. What did you do?

PJ: It's a long story, but i came home four days later in a stretch Lincoln with whitewalls, $700 in my pocket, a scar on my cheek,  and the prettiest whore in town on my arm.

Scott; I'm sorry, but I'm very busy, and as an architecture major you can't imagine my schedule. Also, I'm not a big football fan. I'd like to help, but--

PJ: My daddy slapped the cigarette out of my mouth that day, son. He picked it up and threw it in the backseat of that car, and as I watched it burn he said, "Now you know what life's about, son." That whore later became the first female orthodontist in North Carolina. Amazing things happen when you embrace challenge, son.

Scott: I really wish I could make it.

Scott: I could call security.

PJ: And I could drink this flask of kerosene in my pocket, Scott, but I ain't got a sore throat this week.

PJ: --I don't care, Brad, you're gonna be there. And if you aren't, I promise you, you will wake up with your hand nailed to a stump in the woods on a cold winter's morning. Either way you'll thank me.

Scott: You're scaring me, Coach.

PJ: I don't care. I really don't. See you Saturday. That's not a farewell, that's an order.

Johnson leaves. Scott returns, shaken, to his enormous triple monitor display in the corner of the room.

Scott: Okay, where was I...well, I guess I have a little time for Minecraft. 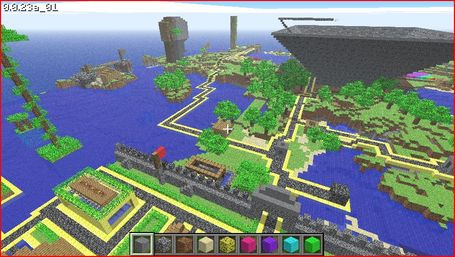 Zooms in. Zooms in again. 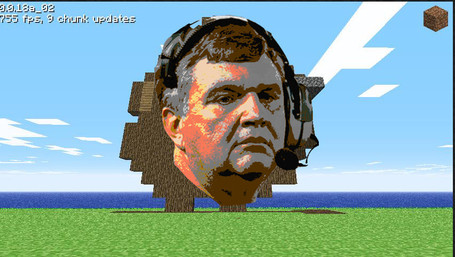 PJ: JUST CHECKING IN TO SEE HOW THAT ARCHITECTURE PROJECT IS GOING, SON. REALLY GONNA NEED YOU ON SATURDAY. STUMPS. NAILS. MANHOOD. WHORES WHO BECOME ORTHODONTISTS.