OHHHH THE ALPHABETICAL. IIt is up, and contains many INDISPENSABLE INSIGHTS. It also has people peeing into bushes and makes fun of Barrett Trotter's very incomplete internal clock, so there's that, too.

SOMEONE TRIED TO TACKLE ALABAMA ON SATURDAY NIGHT. Dominique Easley already has a strong claim on the title of the Crowderbacker, the position occupied by James Bates, Channing Crowder, and Brandon Spikes of eccentric linebacker/overall menace. He carries a Chuckie doll around with him, dances constantly on the sidelines, gives quirky quote to the media, and most importantly, he assaults former Alabama players by tackling them to the ground after games.

Easley was identified by Reggie Myles, a former Alabama football player, as the man who tackled him unprovoked from behind in an incident after the 38-10 win by the Crimson Tide over the Gators in the Swamp on Saturday.UPD, ever vigilant for everything but actual crime, has not identified Easley yet. Myles says he suspects it is Easley because he left his phone at the scene, and his parents have asked for it back. This gets dumber, however.

UPD somehow ended up detaining Myles for this for public intox and criminal mischief, though they are charitably trying to soften the criminal charges they gave Myles AFTER ONE OF OUR PLAYERS KNOCKED HIS ASS TO THE GROUND. Myles was reportedly quite agitated at the scene, but UPD is the one who can't subdue delusional African exchange students with beanbangs, tasers and batons, so Myles should be pretty happy that UPD didn't respond to the situation by shooting him in the face.

In other news you already knew: Dominique Easley is buck-ass crazy. Ahoy, Crowderbacker!

AHAHAHAHA THAT'S SO CUTE. Steve Spurrier thinks he can suspend Stephen Garcia. Bro, check the org chart, get back to him, and S-Dog will see you wearing the starter's codpiece and not much else on the sideline on Saturday, Ball Coach. 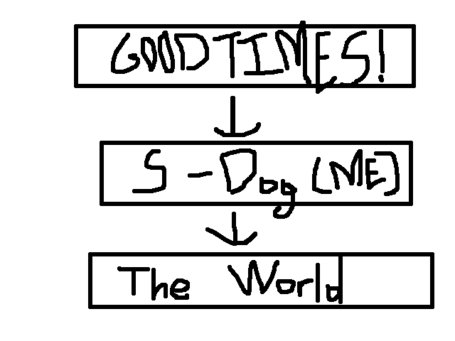 If you nee him, he'll be gettin' some reps in with a future state senator's wife. Little something he likes to call the pilot's tour, because it involves going to the Cockpit and checking out the view, baby.

IT'S JUST BUSINESS. It is very easy to overestimate what Houston Nutt is saying when he says a recruit told him flip-flopping to Auburn was "just business," so shame on you for thinking that Auburn plays players. (That defense certainly is operating as a charity this year HEYO.) If Nutt gets blackballed from his destiny of coaching every SEC team for at least one year, we certainly hope he just starts HootieLeaks.com and posts nothing but incriminating dirt on every coach in the league. "Here's my fax of Nick Saban faxing his penis to a recruit's mother to secure a recruit, and later today I'll post my copy of a letter I wrote to Jevan Snead's father promising him 43 Arabians for his son's services. I thought he meant horses, but damned if he didn't want actual Saudis. I threw a few Egyptians in there and he didn't even notice."

YOU ARE VERY TIRED OF THIS AND SHOULD BE.  Good God Gene Smith is so fired and yet not and that is still blowing our minds. We'd rather read about Ray Drew smelling Todd Grantham's farts, frankly.

OREGON'S RETRO-NON-RETROS. Not their finest work, but they will have to do. Hopefully the helmets will feature the angry Puddles stepping through the Block O, because nothing says football more than a domestic abuser of a cartoon character angrily swearing to kill from a helmet.