Share All sharing options for: BETWEEN THE SYNAPSES: FLORIDA FAN ERIQ LA SALLE

I tried to probe my own mind for this week's Between The Synapses, but the brain is an intricate network designed specifically to help you manage and avoid stress in order to preserve your basic life functions.  Consequently, I was forced to confront the Florida-Georgia game from the perspective of my alternate personality, Eriq La Salle, who may or may not give a damn about the fact that people who only have 3 limbs still have more fingers and toes than the Gators had second half offensive yards. 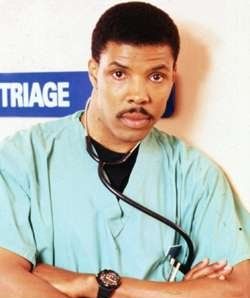 There's a lot you see in emergency surgery that you can't forget.  Most of it's from your early days, when you haven't learned to be numb, to see patients only as blood types and prescription contraindications.  But you can't save them all.  Some of them are gone before you've even scrubbed in.

Still.  Even an experienced professional like myself has those moments.  Moments where the horror pierces through the psychic armor and, for just a nanosecond, it feels like your blood's moving backwards, tearing against arterial valves.

Moments when John Brantley throws a seven yard out.

Moments like Muschamp screaming at the official after a delay of game flag gets thrown.  What are you arguing, Will?  "Dammit ref, don't ya know that certain aspects of quantum mechanics suggest that time may not be a continuous parameter but, rather, can be thought of in wholly discrete - and FINITE - units!" 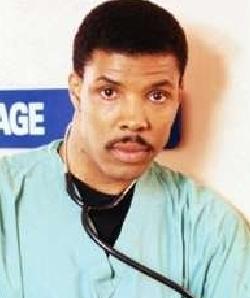 It's possible he's trying to hide a severe inner ear infection by just yelling at everyone.  I'll have to see if he berates the TV Timeout guy.  "HEY I MOTHERFUCKING HATE RASPBERRY LIMEADES AND VANISHING DEDUCTIBLE AND YOUR STUPID RED HAT OWW EVERYTHING IS SPINNING OWW"

This game is like the ER after a full school bus crashes into a Babies "R" Us - you just wish you'd gone to Swarthmore and studied medieval poetry instead.

See if you can get the psych consult down here.  I think we're witnessing some sort of reverse bystander effect, where every Florida player feels so bad for the last one who screwed up that he feels the need to do something stupid himself to spread the blame.  At least, I'm pretty sure I just saw post-fumble Frankie Hammond take Chris Rainey by the hand and say "In sickness and in health."

You could give Charlie Weis a Garmin, fifteen Sherpas, a moving walkway made up of arrows saying "MARZIPAN FACTORY THIS WAY FREE SAMPLES" and the ball on the eight yard line and that piece of shit still couldn't find the end zone. 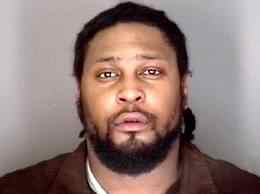 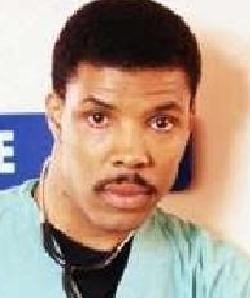