Run Home Jack watched Kentucky play offensive football, and devised his own stat to give you an idea of just how badly things went for the Wildcats. He also cannot taste the flavor "sour" anymore and has skin sloughing off in whole flakes. DO NOT TRY AT HOME.

I recently made a small batch of orange Jell-O, which should certainly be simple enough as it only has three ingredients: hot water, Jell-O powder, and cold water.  Most likely due to inattention, I screwed it up and the consistency was off, which I discovered when my spoon broke the surface of the Jell-O with far too little resistance.  Insufficiently firm Jell-O isn't terrible, but it is tricky to eat, and at some point you feel like you're subjecting yourself to a very bland, inefficient torture for no reason at all. 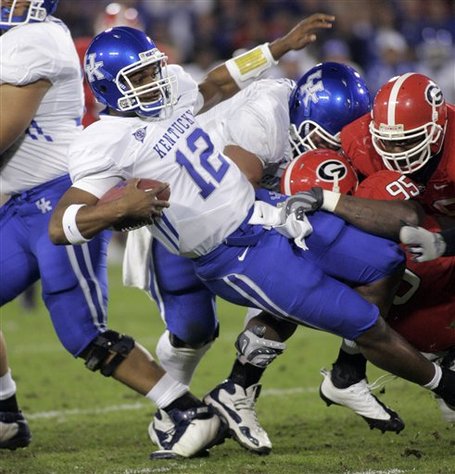 I watched the UK-LSU game in its entirety with one goal: to track how many plays the Wildcats ran on offense where they would have been better off spiking the ball - or, as Fearless Leader termed it, Kentucky's Spike Factor.  Please note that I said better off, not equal to, so when Morgan Newton went nearly the entire first half throwing only incomplete passes, a spike wouldn't have necessarily been better. (Less embarassing, maybe.)

My pregame prediction was that between 10-20% of UK's offense would be eligible for the Spike Factor.  Let's review how things actually went:

Kentucky was out to screw me over early as they racked up three straight three-and-outs without a spike factor play, for a grand total of fourteen offensive yards! Fortunately, their last play of the quarter was a rush on 3rd and 15 for a loss of 2 yards.  The first fifteen expired, UK had run twelve plays, with only one of them less effective than a spike.

Fortunately, once the Wildcats figured out how to fail, they really kept it rolling.  The second quarter saw four Kentucky drives; none of them were longer than 6 plays, and all of them had at least one addition to the Spike Factor.  If you are surprised to learn that Barkevious Mingo played a role in this uptick, then I would like to say Hello and Welcome as this is clearly your first visit to EDSBS.  Kentucky ran 17 plays this quarter, and a whopping five were worse than just killing the clock.  At halftime, we were looking at a Spike Factor of 6/29, or about 20%

OH MY GOD THAT'S MAXWELL SMITH'S LULLABY!  As Morgan Newton sat naively in a parked car, thinking Joker Phillips really was going to take him to putt-putt golf, Kentucky sent their freshman quarterback out to start the second half, and based on the first Google image search using his name, he looks like this: 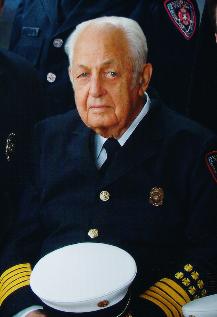 On his second drive, Smith led his team to midfield.  Then he promptly got sacked twice and fumbled the ball away to Tyrann Mathieu, who scored before eating like seven king cobras.  Incidentally, that play was the only one for our more obscure second matrix, titled Plays Where Kentucky Would Have Been Better Off If Morgan Newton Just Fell Backwards For A Seven Yard Loss.  Quarter three saw 2 Spike Factors out of 14 Kentucky plays, dropping the overall number to 18% (8/43).

Of course, Kentucky doesn't want me to be happy, so in the final quarter they ran a whopping twenty-two plays and only had TWO points added to their Spike Factor.  They even scored a touchdown on a 14 play drive!  This gave us a final total of sixty-five plays run by the Kentucky offense, and on ten of those, or about 15%, they would have been better off just spiking the ball.  Is it weird that 15% is right in the middle of my predicted range?  This English major says no!