THAT WAS SO NOT WORTH IT: INTRODUCING THE FOWLER RATIO

Share All sharing options for: THAT WAS SO NOT WORTH IT: INTRODUCING THE FOWLER RATIO 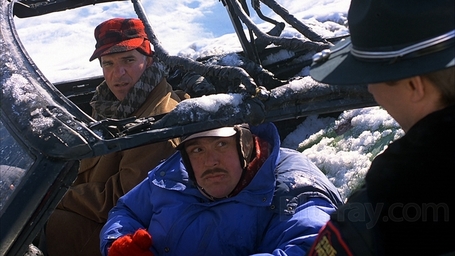 Well, folks, I think I've hit a milestone as a UGA fan: For the first time in my life, I actually felt football-related pangs of sympathy for a Georgia Tech grad. It happened last night as we were doing another ramshackle edition of EDSBS Live, wherein our first caller, proud Techie Nathan Fowler, told us he was calling from Reston, Virginia. He'd just been in Charlottesville a couple hours away to see Tech lose a soul-killer of a game to Mike "Vice City" London's plucky band of Cavaliers, which would've been bad enough -- only he had to come all the way from his current home in Moscow (yup, that Moscow) just to have a foul, rotting garland of humiliation and disappointment hung about his neck.

While we didn't necessarily have to take a 10-hour flight to experience it, we've all had a game like that -- a game where we exerted great effort, traveled a great distance, and/or gave up enticing alternative opportunities to attend a game that ended up sucking donkey balls. I propose that the empirical measure of this sort of disappointment be called the Fowler Ratio, and it shall be calculated thusly:

(e + d + c) / x = FR, where e is the effort expended, d is the distance traveled, c is the opportunity cost, and x is the actual amount of enjoyment derived from viewing the game in person. The higher the number, the greater your misery.

Of all the games I've attended, I think I incurred the highest Fowler Ratio in October of 1999, when I was working for a little weekly magazine in Lynchburg, Virginia. A few weeks before, I'd had a chance encounter with the hottest girl from my high school, whose parents had moved up to the L-boogie for some reason after she graduated. In high school, she had both the body and the hyperconfident air of a teenage Joan Holloway, whereas I was a year behind her and still a long ways away from blossoming into the chiseled, magnetically virile Adonis I am today. By the time I'd gotten up to Lynchburg, though, I was taller, better-looking and had a job title I could spin into something semi-glamorous without lying too gratuitously, so she called me up after finding my name on the masthead of the magazine and we went out for a night of carousing. She called me a few days later to see what I had cooking for that weekend, and while it seemed like the perfect time to make a sexytime move, I had a ticket to that weekend's Georgia-LSU game, so I asked her for a rain check and loaded up the car for Athens.

Facing an LSU team that would proceed to finish 3-8 on the season and get Gerry DiNardo fired, undefeated and 11th-ranked Georgia went into the locker room at halftime trailing 16-13, then needed Will Witherspoon to volleyball-spike what would've been the game-winning two-point conversion attempt to sneak out of the stadium with a one-point win. I called High School Holloway as soon as I got back to Lynchburg, left a message on her answering machine . . . and never heard from her again. (Six weeks later I made another trip from the 'Burg down to Athens to watch Georgia spot 4-5 Auburn a 31-0 halftime lead and end up losing by 17. God, that was a shitty year.)

The Fowler Ratio here is obviously smaller than Nathan's, but while it lacks in distance traveled, it makes up plenty of ground in opportunity cost. See how this works? Prithee, share your own stories of high-Fowler-Ratio road trips in the comments thread -- you might entertain a few of us, and even if you don't, you might give Nathan something to read (and lift his spirits) as he wings his way back to Mother Russia. (Safe travels, buddy.)