A DOCTOR HAS GOOD AND BAD NEWS ABOUT JOHN BRANTLEY'S ANKLE

Share All sharing options for: A DOCTOR HAS GOOD AND BAD NEWS ABOUT JOHN BRANTLEY'S ANKLE 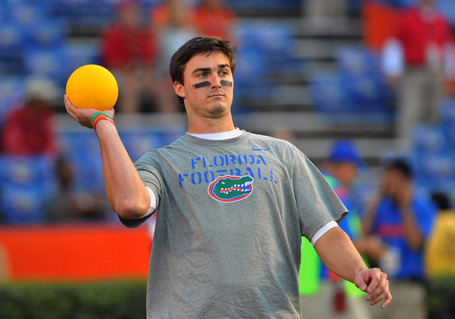 Doctor: Hello, John. So, let's get that air cast off and see how it looks.  Now, you haven't told anyone how it feels, right? No one who might use this for...game information, for instance.

Doctor: Good. And that other thing...

Doctor: I know what's happening. It's okay. Everyone's injuries are different. The body manifests things in a lot of different ways, John. You have my confidence.

Doctor: That's okay, John. We're going to figure this out together. Ready? We're going to get a look at it, and see how things are going, alright? One step at a time.

Brantley: Okay, doc. But I can't be responsible for what you see.

Doctor: I know, son. Let's just get this bandage off--- 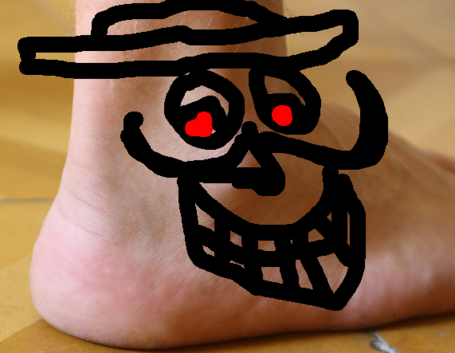 Doctor: Well, the good news is that your range of motion appears to be intact. You could probably return to full practices on Monday, actually.  Any pain when I do this?

Doctor: The bad news is that face on your ankle is still speaking Spanish.

Doctor: Is it bothering you?

Brantley: I keep him wrapped up most of the time. Can't hear him under a sock or two with a bandage under it.

Doctor: Don't suspect you could.

Brantley: It kind of sucks in the shower though. I think he's askin' for stuff. He keeps saying the same thing over and over again. Something about Phoenix, I think.

Doctor: I can't explain it, but you're gonna have to play with it.

Brantley: LIke, hearts or spades? It doesn't have hands.

Brantley: Oh. Yeah. I can do that.

Brantley: Ever seen this before?

Doctor: Well, between you and me? Ron Zook had a talking third nipple.

Doctor: You're telling me. He used to let it tell him when to go for two. I should mention that this nipple was really bad at math.

Type text or a website address or translate a document.
Cancel

Type text or a website address or translate a document.
Cancel