CHARLIE WE HOPE YOU WERE WATCHING THIS (PERHAPS WITH THE USUAL HOT PRESSED SANDWICH IN HAND.) Florida commit Jeff Driskel wore a slightly askew fitted Gators cap last night in his interviews for the Under Armour All-American game, and for that he is forgiven because he made three unreal plays last night.

He's already preparing for his time at Florida by throwing to receivers who can't catch! That's quality prep, there, Jeff. If John Brantley decides to transfer-which he still may do, since no one knows exactly what is going on with him--we really could be looking at a freshman starting qb next year. Don't look so scared. It worked out fine for Georgia this year, since they finished with a winning record whaa--*

*Oh hush. Aaron Murray is going to be fantastic, except in the redzone, and you can't blame him for that.

RELEASE THE HOUNDS. Man, Kleph's right: you're the only thing standing between us and national shame, Oregon.

"If Auburn wins, I will come back, I will get a little agreement with the Secret Service," Gibbs said in an interview with the CBS College Sports Network to air tonight. "We'll put a couple of rolls [of toilet paper] up there, and then I can help take it down so it doesn't look like we trashed the place."

He thinks he has an agreement, but when the hounds are released you're damn right there will be one Alabama fan who, standing on Pennsylvania Avenue watching Gibbs get ripped limb from limb, will yell out ROLL TIDE DOGMAULING NATIONAL CHAMPIONSHIP! (It will be the Racist Iron Bowl Hound, who will retire to the Racist Dog Farm along with White Dog.)

WOODY HAYES THINKS HE'S DOING JUST FINE. Nebraska fans might think Bo Pelini is lacking certain skills, i.e. the ability to deal with the PR side of coaching, but he's just like every other coach in that he's overscrutinized. This is an unfortunate thing for him, since he is not only the head coach at Nebraska, but is also insane. Woody Hayes' lifespan as a coach would have been miniscule in the current media fishtank, and if you doubt this two words come to mind: Jim Leavitt.

"I went shopping -- I tried to go shopping -- yesterday and I felt as if there was a memo to everyone that Cam Newton was coming," he said. "It is kind of crazy."

Meanwhile Phil Lutzenkirchen is just standing there all alone and invisible, y'all: have the consideration to ask for his autograph, too. With his last name you get so much more autograph for your buck than you do from Cam, anyway. LOOK AT ALL THOSE LETTERS. Only a signed Kimo Van Oelhoeffen jersey sports a higher degree of difficulty for spelling and length.

BUBBLING MEME ALERT. After three years of solid bitching from blogs, and then CNNSI getting on it, watch the rest of the universe awake to oversigning in 2011. It's going to happen, and when it does whoo boy is Mitch Albom going to have a scorching column up about it in 2014 or so. T

Tom thought he had an agreement.

But it turns out he didn't.

Please point us to the exact period when a brain-damaged Raymond Carver started writing American sports columns. We have yet to identify this point, but when we do it will represent the patient zero in a cluster study of great epidemiological importance.

TEXAS GETS SEXY WITH IT. Manny Diaz will be the new defensive coordinator at Texas, marking the third time Mack Brown has dipped into the SEC's coaching ranks for his DC. Ask yourselves this, though: has he ever done so with such sexiness, we ask? 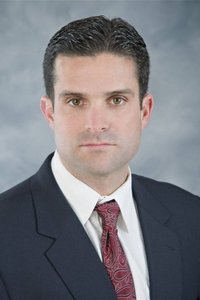 Manny Diaz doesn't just coach innovative and aggressive defenses at the college level; he makes love to the camera like it's the only camera in the room. There's some kind of hideous Gods and Monsters scenario in the making here for him and Mack Brown. Put on the gas mask, Manny. PUT IT ON. For Texas fans the short card is that he's a great young coaching talent, recruits like a motherfucker, and has put together some fearsome units with half the talent he'll be working with at Texas. So yay, you.

THE TEXAS STATE COACHING SEARCH IS BEING DONE BY EDSBS CONSULTING. Up for the job: Dennis Franchione, Tim Brewster, Shawn Watson, and someone named "Bobby Jack Wright." If you added Ron Prince to the list you'd really think we were in charge of this coaching search, but adding him really isn't fair, since there really isn't anyone else on the list once you class up the joint with royalty like RonP.

LET'S MAKE SOME MEMORIES. If you'd like to lay it on the line properly, this Oregon fan is ready, though he is ignorant of Auburn's prices for commitments. (Not cheap, sir, though lucrative in the end.)

BE KIND TO YOUR LOCAL PHOTO GUY. If you're not, they use pictures like his of you in the paper HURRRRR.

NO, NO ONE KNOWS SHIT. But if yesterday did bring something we didn't know before, it's that Greg Schiano was the first choice for Michigan when Lloyd Carr retired, and that John Bacon's squat must be epic, brah.

AFTER THE JUMP: Don't you people have anything better to do with your lives? (Via Hainesy)