Share All sharing options for: THE SUGAR BOWL PREVIEWED BY AN ALCOHOLIC NEW ORLEANS POLICE HORSE

You come here. You buy your 64 ounce beers, your drinks in three-foot-long neon plastic tubes. You say things you can't say at home. You vent. You spill it into these streets like the outflow pipes of distant sewers. Lives filled with shit you can't dump anywhere else. You put things you wouldn't put in your worst enemy's bathtub here. You make a beast of yourself because you think no one's watching.

Someone is watching though.

The beast who stays a beast.

The beast with more humanity than any of you bastards.

You ask me about your games, your petty little games. You want a game? We can play games. How about "Turning a Corner To Find A Trannie Stabbing A Sexually Intolerant Man From Ohio In The Face With A Broken Margarita Glass?" Or my other recent favorite, "Bitch From Little Rock Who Won't Stop Pulling My Tail." You know what cops hate doing? Filing paperwork. They really hate it.

That's their problem, because when I kick someone in the knee and crack their patella you know how much paperwork I have to do? None, because hooves can't hold a pen. They can make a drunk bitch feel just an ounce of the pain in me, though. I would sign a thousand sheets of paper with a pen clenched in my teeth for that.

There are other games. "Drunk Couple Fights Outside A Strip Club When A Three-Way Lapdance Goes Sour." "Man on PCP Wants To Fight a Horse." (Oh, that is a favorite of mine, and you know who doesn't lose? Me.) There's a little game called "Pantsless Couple Having A Quickie In The Alley Gets Chased By Cops." It's a bright spot in the long dark tunnel of my day to watch a man fall tackle-first into a gutter with his pants around his ankles.

Sometimes it makes me forget where I am. Then I remember, and the smell of stale booze and piss brings me back to the present, and I remember that dreams are the worst torture of all: the promise of hope interrupted by the inevitable waking.

Other horses don't understand what we go through. Home life? Forget it. No barn can hold you once you've tasted the street or bitten a chunk out of a tourist shoulder in a street fight. You're either on patrol or sitting in a dark dive drinking bourbon neat. The bars aren't supposed to give cops free drinks. The bars know that the law is the lie we tell others to get to the business of living just like we do.

You can try to have a real relationship. Sure, you can go for a wild ride with one of the ponies from the petting zoo. In the end there's no real connection. The conversation never gets past oats and bloat. Just a roll in the hay, and then a swish of the tail and she's gone like a dream down the sidewalk.

You might think of her one cold night in the stables. Sometimes in this prison we call life you become your own warden. Sometimes he's the worst warden of all. 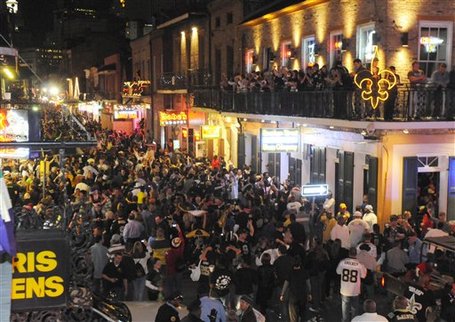 Yes. I've taken bribes. Carrots. Sugar. I'll be honest, I'm not even a vegetarian anymore. None of us are. It's an open secret. We all take them: a beignet here, a sack of oats there. We walk past some bars and restaurants more than others. Not always for the right reasons, according to some. You show me a solid right reason and I will show you an honest cop.

We'll compare. I like to look at nothing as much as the next horse. It'll be fun for one of us, at least.

It changes you, this city. Changes your blood, whatever is left of your soul. Last week I ate a steak. I'll admit it. Perfect marbling, well-rested, perfectly grilled with some creole butter. A steak. I'm this close to eating my own.

That's what this city does to you.

You start off as a bright eyed pony.

You leave it a swaybacked cannibal.

And the worst part: it was delicious.

It doesn't even have the decency to stay the same. This city's a whore, and it spreads its legs for the future and cuckolds the past every second. Last year they brought in a new crop of recruits. Arabians. Say what you want, but I don't trust 'em.

They're a little funny, if you ask me. My HR rep tells me I gotta stop calling them all Osama. But what does that fucking donkey know about the world? He sits in the barn all day, watching tv and eating the loot he takes off incoming prisoners. I'm out here. I have to know who to trust.

I don't know when it stops. When camels are closing the bars and biting women who aren't in burqa on Jackson Square, you'll see I was right. You'll think of me.

When i do go off-duty I'm either drunk or working private security. Usually both. I try to stay away from the drugs. Sometimes they don't stay away from me.That's when trouble starts.

Happiness is an empty saddle. An empty saddle is a hollow horse. We're happiest when we're hollow. Nothingness is nothing to fear. It's being that should terrify you.

I don't know how much longer I can do this.

/pisses two gallons on the sidewalk

There are moments. One time I woke up in a dumpster with Lindsay Lohan. She was naked, I was unbridled. We were both wild.

You might say bad things about that lady. I dunno, maybe she's been bad to you. PETA won't hear a complaint from me.

I had a dream last week. I walked down Bourbon with my rider on my back. He was drunk and sleeping. It was sometime around dawn.  No one was on the streets. Not even a sleeping drunk. There was the sun, and the balconies and railings and romeo spikes and the smell of the streets. Nothing else.

I crossed Elysian Fields and went through the Marigny. I kept walking, first through another neighborhood, then another, and on and on. I don't know how long I walked. The neighborhoods got strange and unfamiliar. I saw no one else. There were streets and silence, and I wandered south to the river.

Then I came to the river.

A ferry waited. The pilot looked old and out of time. He had suspenders, and highwater pants, and a white cotton shirt and a hat. I had no money. He asked me if I would sell what I had to get on. I nodded yes. He took my bridle, and said "Ten dollars." The saddle: "eighty." The blanket, the rest of my gear: "twenty dollars."  He asked me what else I had.

I could talk in this dream like a man. This was not strange to me. I said, "My soul."

The old man squinted. He wrote down a number on the paper.

I woke up in the barn, shivering and alone.

I don't know if I want to know what the number was on that paper.

Also, I have hooves, and can't pick up pieces of paper. 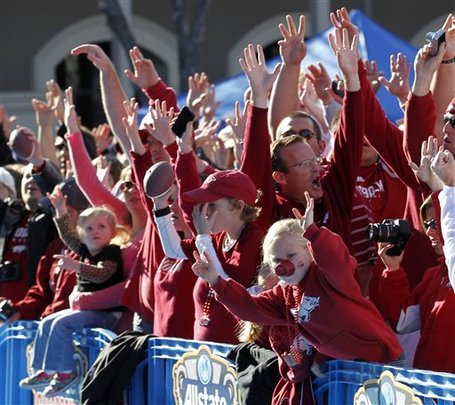 So. You play your games, Ohio State and Arkansas. They're just games. I'm out here with a 240 pound bribe sponge with a gun on my back. That's the game I play every day.

That's the real game. What you do is for kids. What I do is about giving a sick order to these streets. The garbage gets in the gutter one way or another. Someone's got to kick it there. There's a glue that holds this city together.

It's made from horses.  LIfe's predictable like that, but I'm not complaining. It'll be over soon enough.