FULMER CUPDATE: ARKANSAS GETS LIFTED, HAVE A SEAT ASU

Share All sharing options for: FULMER CUPDATE: ARKANSAS GETS LIFTED, HAVE A SEAT ASU

Webmaster Brian and his elephantine, Reggie Nelson-ish genitals whipped this over to us. If you heard a loud cracking noise in the state of Alabama, the whiplash made by it breaking the speed of sound was that very noise. The rules are here, and all judgments are final until they aren't. Enjoy. 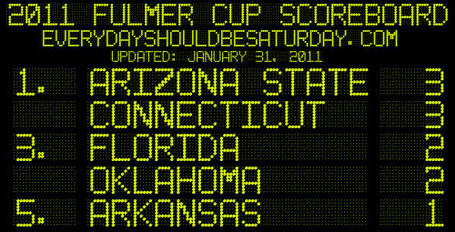 LET'S BREAK DOWN THE FILM.

Arkansas wide receiver Lance Ray made up his own addition to the playbook this weekend. Let's break it down like Jaws would in the glorious old Edge NFL Matchup days.

The play calls for Ray, lined up on the right, to run a angle route and then break it off into a post about eight to ten yards deep based on the coverage. Here we're looking at a cover 2, so we're most concerned with the reaction of the corner and the linebacker, who will be put in coverage binds by the routes shown here.

Ray meets the linebacker, and after a brief discussion they decide football is hard, hurts a lot, and shit let's just get high. They do. Ray wanders off the field in an indirect, aimless direction in what can only be called "A James Franco Corner Route." The safety resumes his normal deep duties, focuses on the streaking tight end, and says "Dawg, you hiiiiiigh" as Ray passes.

Famished and slightly thirsty, Ray goes to the convenience store. He quickly recognizes one key danger to this play: shitty produce and fruit cups. It's important not to eat this shit, since it's usually like four days old and no one likes mushy, mealy fruit. This shit: you skip it. 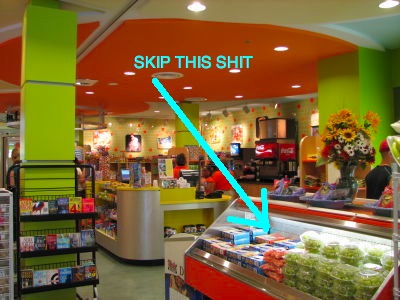 Because Ray knows what he's doing, he goes straight for the easy reception. 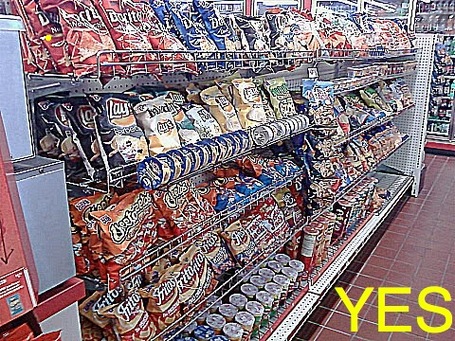 Various Flamin' Hots  in hand, Ray then tuns upfield for paydirt. There are many options in this department, but at the QuikTrip Ray clearly understands that victory is the best option of them all, even if you only have one 32 ounce cup to hold it all. 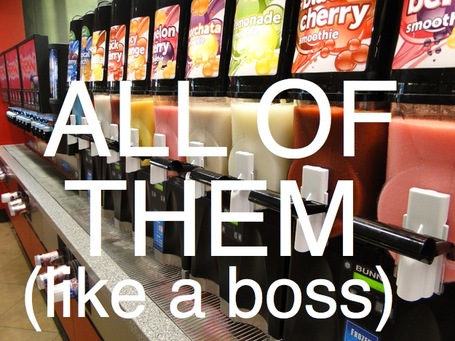 Simply outstanding work by Ray on this play, and a reason he made an SEC roster in the first place. Unfortunately, Ray finished the play with a arrest in his dorm room for marijuana possession. Professionals finish the drill, and that's something he'll have to work on with his coaches and in his free time. Learning never stops, and neither does the Fulmer Cup, which awards Arkansas one point for the misdemeanor here.

HAVE A SEAT, ARIZONA STATE

Want to finish that cookie, Ramon? No, please, go ahead. We just wanted to ask you what you thought was going to happen here tonight. Just looking out for a girl, right? A fourteen-year old? Admittedly, it isn't the same when you're talking about an incident that happened when the girl was 14 and you were 18 and attending the same high school, and the sex was consensual, but charges filed are charges filed and we must award the points as they are filed. We withhold the bonus points we might usually award for "making us use a pic of Chris Hansen," but we also must assess the Sun Devils three points for a class 2 felony count of sexual conduct with a minor.

Watch out for the guy in the ghillie suit in the bushes, Ramon. He's been playing wayyyyy too much Call of Duty lately.