CHARLIE WEIS TO FLORIDA: A FEAST MENU OF ANALYSIS

Share All sharing options for: CHARLIE WEIS TO FLORIDA: A FEAST MENU OF ANALYSIS

PRE-BREAKFAST: Florida's most pressing issue in rebuilding this team is the offense, which ranked 384th in the nation this year even though there are only 120 FBS football teams eligible for statistical ranking. To say that any replacement for outgoing offensive coordinator Steve Addazio would be an improvement is not totally accurate. We could hire an armchair, for instance, and name him "Brock Fastmaster." We'd paint eyeballs on him, and prop him in the booth with a headset, and maybe even put him out for press conferences. He would not talk because chairs don't have mouths, vocal cords, or the brains to operate them, but he'd say as much as any Florida coach has publicly in the past six years.

This offense would likely equal Addazio's in production, so technically a nice armchair wouldn't technically be an improvement. They would be a push. 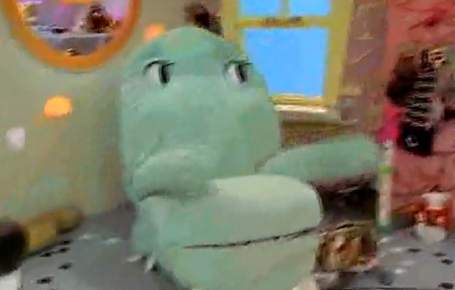 FIRST BREAKFAST. Thus in Saban-ish fashion, Muschamp has opted to hire a pro-style guy, and one with some substantial college experience. Charlie Weis is the former head coach at Notre Dame, and an infamous one at that.

During his tenure he fielded some excellent offenses that worked, and one spectacular jackal turd of an offense (2007) that may have been one of the most laughable attacks to ever take a major university's field of college football competition.That was the year Weis arrogantly assumed he could install a spread attack with Demetrius Jones at quarterback in a week or so, and then ended up throwing Jimmy Clausen to the wolves. To this day Jimmy Clausen has seizures when it rains and begins eating paper products compulsively and without explanation when he hears oncoming footsteps. This is part of Charlie Weis' legacy at Notre Dame.

SECOND BREAKFAST.  He was also known for being wrong about everything ever when he was at Notre Dame. He said his teams would have a "decided strategic advantage" and assumed he could overload the already taxed circuits of student-athletes with pro-style schemes and layered game-planning. When that failed, he pared back the offense to a fade, a toss, and a few slants. Surprisingly this worked fairly well, though the Irish continued to be embarrassed in bowl games and eventually slide into the mire. He never seemed to take the college game either seriously enough to respect his opponents nor seemed to have enough fun to work the other side of the coin, i.e. "a coach who enjoys life and oxygen and puppies and victory.  For his final year he was a miserable bastard, and the worst part came in how little difference there was between year one of his tenure and the final dismal home loss to UConn in 2009.

ELEVENSIES. The off-field legacy was equally bad. Weis detonated on university workers for not getting him a golf cart to drive around on campus. He failed at the HR component of coaching, hiring defensive coordinators like Bill Lewis and Jon Tenuta. (Any Georgia fan will tell you the secret to beating Jon Tenuta: throw to the tight end, because they are always open.) One South Bend anecdote had him exploding during a parent-teacher meeting because "HE DIDN'T HAVE TIME FOR THIS AND WAS VERY IMPORTANT." Our favorite had him pulling names out of his cellphone to impress people at a dinner.

Hey. Do you want me to call Jon Bon Jovi? We talk all the time. I can call him and he'll send me any of his record. He's in my phone. Right here.

Asshole is the word he'd probably use, since he's from Jersey and there's a kid of bravado and pride in saying that if you're from New Jersey. Asshole? Sure I am. Means I get things done. Like failing to adjust to the college game, being an asshole in the non-complimentary sense, and

LUNCH. Professionally, we have no idea why he wants to come back to college. The Kansas City Chiefs led the NFL in rushing this year and were 12th overall in total offense, so it's not like he's leaving behind a bad rebuild before it collapses. Personally, it makes sense: his son is going to Florida, where he'll be a student assistant on Muschamp's staff, so this is probably the most powerful motivation for him. That's laudable if true, but we have no idea what goes on in another man's head, which is why other people need to use blinkers and why passive-aggression always yields to outright aggression, because we are naturally inconsiderate and cannot read minds.

ONE O'CLOCK PICK ME UP. So having established that he is erratic, insecure, talented, an asshole by both self-identity and demonstrable behavior, what is potentially good about hiring Gunt-A Din of South Bend? All of the following.

TEA TIME. The nagging question of whether Muschamp can handle a staff with such a strong personality on it in his first year is perfectly legitimate. It's also completely possible this could implode before it ever gets off the ground. It is a hire as risky as Muschamp's was, proving again that Jeremy Foley carpools with the devil every day during the week and twice on Sundays.

DINNERS ONE, TWO, AND THREE. The upside is that Weis is likely going to have something he never really had on a consistent basis at Notre Dame: a defense working behind him. Muschamp will be the de facto defensive coordinator, though Seattle's Dan Quinn will be brought on to be the coordinator in name. This defense will be powered by cold fusion and Stevia!

We're sorry, that's not the right Dan Quinn. That's insane former ND player Dan Quinn, not Seattle DL coach Dan Quinn, who may be just as well known as the guy who takes Youtube videos of himself and thinks you can reverse the effects of aging by smoking weed and taking Stevia. Either way it's going to be Muschamp's baby, and that helps us sleep (slightly) better at night. 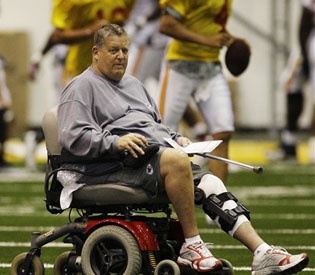 We don't feel great about this, but it's not horrible. Yet.