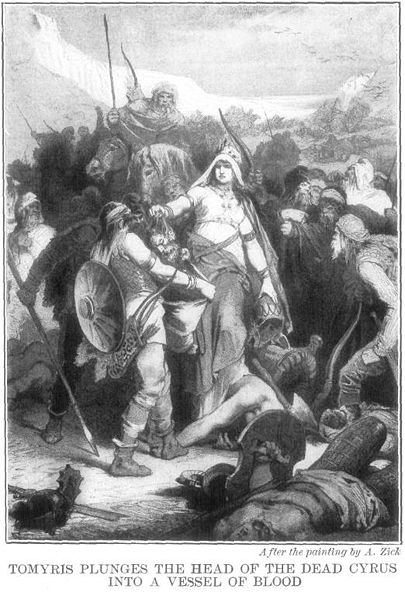 We are so not fucking around with the first Digital Viking Patron Saint of 2011, and you know this is true because the subheader on her picture is "TOMYRIS PLUNGES THE HEAD OF THE DEAD CYRUS INTO A VESSEL OF BLOOD." Tomyris of Massagetae is our first female Digital Viking. She may also be our last, since finding an equal to her may require taking the genes of Griselda Blanco and Tallulah Bankhead, combining them in a single embryo, and then preventing the resulting baby from punching its way out of the womb, taking every prescription medication in the room in one swallow, and then stabbing whatever stood in her way until she found sweet freedom, which as it turns out would involve stabbing a lot more people just for the sheer pleasure of it.

Tomyris led the Massagetae, who in descriptions in the scholarly literature sound a lot like bloodthirsty ravenous hippie survivalists. (Rural bros fond of getting high on hash and fermented mare's milk who didn't mind taking orders from a woman.) Cyrus the Great, legendary Persian dickhead, initially hoodwinked the Massagetae by leaving behind a village's worth of wine for Tomyris' troops to discover and consume during one of his thousand dickish wars against his neighbors. (Why? See entry under "Cyrus the Great, Dickishness, Part 18,028,029" in Stevens' invaluable reference volume Cyrus: a Lifetime Of Cockheaded Dickfacedness.

The Massagetae, presumably looking queasy and saying the sick hippie's drinking creed "I'm...I'm only used to organic beer, man..." before vomiting all over the place, lost their battle against the extremely sober Persians. Finding out that her son, capture in battle, had killed himself in shame, she first smiled with pride at raising her son in the traditions of her people. She then arose naked from her pile of well-hung and exhausted persona manstallions, slammed back six or seven mare's milk shots, and challenged Cyrus, then the most powerful man on the planet, to either fight or leave.

Actually, she said it a lot better than that.

Now listen to me and I will advise you for your good: give me back my son and get out of my country with your forces intact, and be content with your triumph over one-third of the Massagetae. If you refuse, I swear by the sun our master to give you more blood than you can drink, for all your gluttony."

Cyrus, having no idea he was up against, was like LOLWUT and said yes. The Massagetae met the Persians along the banks of the Araxes river and proceeded to rain hell down on the Persians with a ferocity Herodotus described as the most violent battle of a historical era that often involved people fighting with clubs and the limbs of the recently dead. Tomyris calmly accepted the Persian Emperor Cyrus' surrender HAHAHA WE KID SHE STUFFED HIS GODDAMN HEAD INTO A WINESKIN FILLED WITH HUMAN BLOOD.  No, really: that is exactly what she did.

She then kept his skull as a dinner table centerpiece.  It's that detail that takes our affection from admiration to outright crush.

Obvs, Swindle is the bro in the hat. (I think that makes me the crocodile.) 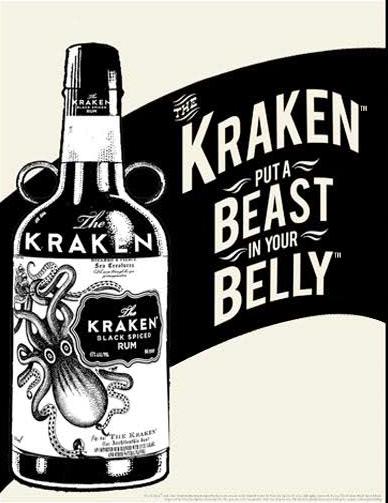 Don't lie. You buy things because of the way they look, and that's probably why you have a bottle of this in your liquor cabinet. Just look at that fine label: a lithographish cephalopod straight from a hammered 19th century sailor's worst nightmares, some serious font-porn going on around the label, and a name Mastodon would be proud of across the label. You also get to hold it up while opening and scream "UNLEASH THE KRAKEN!". This is another thing you cannot deny doing in your most unguarded moments.

It also happens to be quite good, though Malibu cadets addicted to the tanning oil taste of lighter rums should brace yourselves. This is inky dark rum with all the flavors you'd get in a good cigar, an idea that seems far superior to the full on assault of smoking a cigar with scotch, now that we've thought of it.  Vanilla, molasses, and rummy sugary goodness would match up in a Dark 'n Stormy brilliantly, and that's before you have four or five of them and just stare at the murderous octopus logo for a few happy hours.

Orson: Getting Charcuterie for Christmas has us plodding along through the recipes one by one, so this is primitive stuff for those of you currently curing your own hog jowl with ease, but duck prosciutto must be on the list for those who could snort powdered duck in finely cut lines. Fierce with the duckness, Duck prosciutto is--like all home curing efforts--a matter of doing things deliberately so you can a.) enjoy the delicious flavor of home-cured meat, and b.) so you don't get botulism and die. Not that good meat isn't worth dying over, but it's not worth dying over, really.

Remember, we're being totally serious about this. Even the people who've done it successfully had a day of anxiously waiting to die for their hobby.

I pulled the moulard and the pekin breasts down. Ohhh, the anticipation. The weight of them was good. About a 30% weight loss. No really bad looking mold. The breasts were wrapped in a single layer of cheesecloth.. I cut through one and took a bite….

Way to go! YOU'RE THE KING OF NON-FATAL MOLDS.

Holly: Alcoholic snow cream? IT CAN BE DONE, as the EDSBS Zoo Crew discovered when we straggled home from the mothership yesterday only to find our city still snow-covered and unplowed like four damn days after a snowstorm. Top score, ATL!

Scoop fresh snow into a martini shaker -- pack it, but quite to snowball consistency. Add cream, vanilla, and brandy to taste. Blend with a couple pulses on your blender or food processor, and slurp with a spoon in front of something on fire.

Holly: The bombing of Hiroshima and Nagasaki ... in clay? Was this a class project? Were these kids red-flagged after?

Orson: "Bleve" was a word we learned this season, short for "Boiling liquid expanding vapor explosion." It will also be the middle name of our next child regardless of gender.

Orson: The Bagger 288, here to save the human race.

"Its mind is full of hatred/ Violence is its sole vocation." We know what it does, and don't even care how impractical having this might be. We're taking it town the connector at rush hour just to watch you beg Godzilla to do something about it. He'll shrug and go grab beer, because Bagger 288 cannot be stopped by man, beast, or nuclear mutant.

Holly: Turning the mic over to Dolla Bill Doug, that he might extol the virtues of a little number we saw at the Udvar-Hazy museum last weekend: The SR-71.

"If a surface-to-air missile launch was detected, standard evasive action was simply to accelerate." Those 16 words pretty much tell you everything you need to know about the mission statement of the SR-71 Blackbird, an example of which we got to see up close at the National Air & Space Museum annex near Dulles Airport last weekend. That airplane's ferry flight from L.A. to Washington lasted less than 65 minutes; Sen. John Glenn was so moved by this feat that, the very next day, he took to the Senate floor to bitch out the Defense Department for terminating the SR-71 program. (This is a man who knows from aerospace badassery, kids, so we're inclined to agree with him, as should you be, if you know what's good for you.)

Holly: Last week while we were thrashing about our blankets in the midst of a fine bout of clown flu, fellow SBNbro Jon Bois made us aware of the existence and availability on Watch Instant of the cinematic tour de force known only as FUTURESPORT. 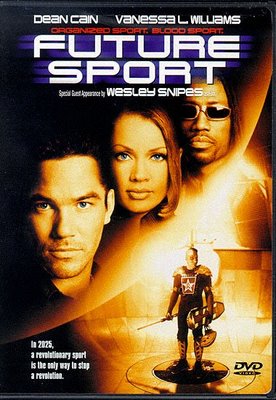 We're going to back away slowly here and let the Netflix blurb speak for itself:

In 2025, big business has turned the one-time inner-city game Futuresport -- a mix of handball, ice hockey and rollerblading -- into a moneymaking machine. When Hawaii tries to secede from the union, the stage is set for a Futuresport battle royale. The only way to decide the state's fate is via a match-up between the clean-cut pros (led by Dean Cain) and the Hawaiian street players. Wesley Snipes and Vanessa L. Williams co-star.

We'll just keep pushing this record until he has enough money to make three or four more, because even for the non-hip-hop fan Big K.R.I.T is recognizably bullshit-free and unlike a thousand other rappers actually cares about making his own beats and talking about things not involving the club, things that occur in the club, or things that occur as a result of going to the club. You know that fantastic trick the Geto Boys pull in "Mind Playing Tricks on Me" where you stumble into the middle of a person laying their soul bare to the bone in a place where you least expected it? And we don't mean in that theatrical, overly conscious way, but in that genuinely awkward, painful, and yet compelling manner that one out of a thousand artists can pull off without seeming maudlin or affected?