Share All sharing options for: MAD WAGERIN': PISTOLS UP BECAUSE WE'RE SERIOUS NOW

Every Thursday Peter from Cleveland Frowns joins us for Mad Wagerin'. This week is dangerous: take a pistol, because you will need one where we're going.

One of the best reasons not to mourn September's passing is that the football season's starting to have some layers to it. Like with two of Week Five's biggest games vibrating in the wake of something as strange as what's known as UCLA's pistol offense.

"Keep Austin weird," is a great thing for the folks there to say. But now that a football game's happened there that totally helps do that, the locals are complaining about things in Austin being something a lot worse. Also, Stanford must be really good, since they beat UCLA 35-0.

Except for a couple of things:

The inside word on the Pistol (the Bruins had dubbed their version of it "The Revolver" ...) is that if a defense hasn't really seen it, it has no clue how to cope with the scheme. Texas really didn't.

Now for the dirty secret as to how Stanford was able to cope so well, via the most informative LA Times headline in history:

UCLA takes hint on 'pistol' offense and runs with it(:) Quarterback Kevin Prince watches on TV as Nevada unleashes a sound ground attack using the scheme to beat California and incorporates it to help the Bruins defeat Houston.

And more, from the Times' Chris Foster:

Quarterback Kevin Prince, sequestered in a hotel with the rest of the UCLA football team, watched that game on television — and took notes. "[Nevada quarterback] Colin Kaepernick was pulling the ball out and running quite a few times," Prince said. "When we learned the offense, I didn't think the quarterback should be running a lot. But I saw how it helps keep a defense honest."

On TV. Sequestered in his hotel room. Otherwise, UCLA wouldn't really have been running the pistol against Houston or Texas, just like they weren't really running it against Stanford.

Which is how an LA Times sportswriter gets a Pulitzer.*** Amazing.

*(Things can't be this bad in Texas (see end of post). UCLA has a really good defense that helped them capitalize on their new weird offense. The Longhorns were looking ahead. It happens.)

**(Don't think I'm not concerned after hearing from Chip Kelly that (name redacted) taught him how to sleep faster. But Jim Harbaugh turning into the Ayn Rand of football coaches seems more dangerous (Relatedly, how frustrated do you think he is to see Andrew Luck sitting on top of Kiper's and McShay's Big Boards this week?). Plus, Crist was really bad last week for Notre Dame. And probably most importantly, "[his] name is Cliff Harris, and [he's] here to lock shit down.")

***Pretty sure Foster gets a Pulitzer if both of these cover. What else do they give them for? 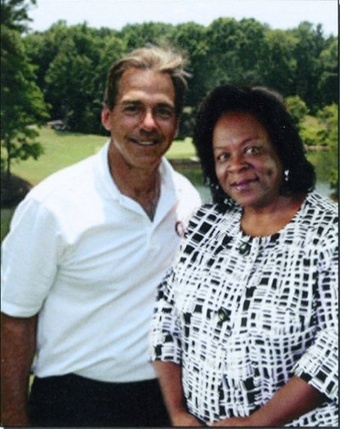 Florida +8 over Alabama (3 units) (8:05 PM EST, CBS): Everybody's heard about this "Bama Bundle" package that the Gators have installed to help neutralize the Tide's run game. The problem with it is supposed to be that it leaves the Florida DBs isolated against Alabama's receivers. I've lost far too many units over the years watching Julio Jones ooze in and out of his routes for this to bother me. Residual Mallett overhype might be keeping this spread so high. And if you're Anti-Comparing-Chris-Rainey-to-the-Virginia-Lacrosse-Killer, you have a wholly separate reason to wager Gators here.

Miami -3.5 over Clemson (3 units) (Noon EST, ESPN): I've been thinking a lot about Randy Shannon's Twitter ban. Eric Mangini could never get away with it. Also, Jacory Harris is really going to show the haters, so he's going to win two in a row.

Texas A&M +3 over Oklahoma State (1 unit) (TONIGHT, 7:50 PM EST, ESPN): If you have a special Christine in your life, tonight's nationally televised matchup offers a unique opportunity to do something special for all the right reasons.* There's no losing here, and you'll never forget the time you did the right thing.

*Yeah, no, it doesn't really matter how it's pronounced.

That's all for this week. Wisconsin/Michigan State is the one that got away. Your feedback on these and the rest is necessary as always. Thanks.