Remember that Ole Miss doesn't have a mascot for very good political reasons. As the state most visibly saddled by the legacies of slavery in the public eye, keeping Colonel Reb was as politically viable as the Serbian national soccer team keeping their mascot after the Balkan conflicts of the 1990s. Beloved as he was in Belgrade, Ivo the Reaper of Impurities could not stay if the nation was to move forward.

So it was for Colonel Reb, thus bringing us to the vital news of the day: Ole Miss is now down to three mascot candidates. This has been a committee process, meaning all of the choices are terrible. 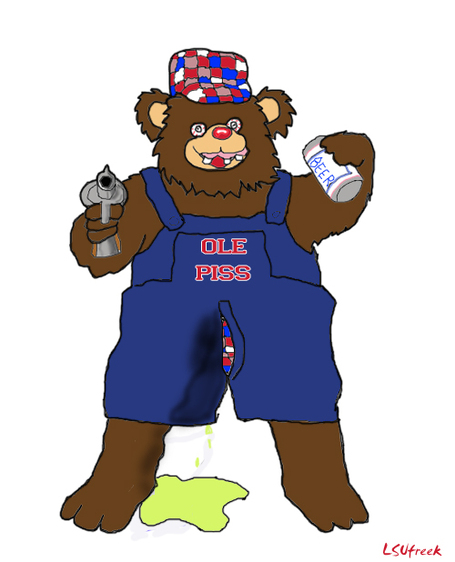 (It's the blotto eyes that make it.)

3. The Land Shark, which will only be cool if it wears Colonel Reb's old suit and carries a cane. Also, for verisimilitude's sake, it must never stop moving or the person inside's oxygen supply will be cut off until they resume motion. Verisimilitude is important here.