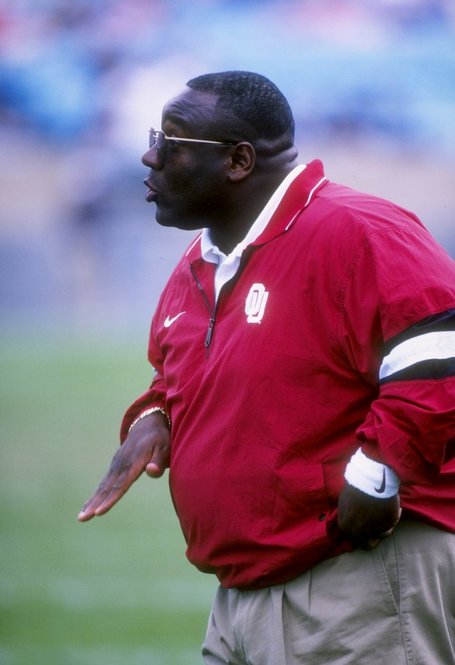 NEVER HAS SO MUCH BEEN GIVEN TO ONE COACH FOR SO LITTLE GAIN. John Blake ran Oklahoma into its worst three-year stretch in history. He contributed to the disintegration of the Dallas Cowboys by accusing Troy Aikman of being both a racist and a homosexual (the J. Edgar Hoover combo.) He then wandered the plains of college football coaching until he found a wagon train gullible trusting enough to take him on board. Then the camp was attacked, and they found a photo of the man who attacked the camp. "Acid, bitch," was said, and ownage was had at the expense of North Carolina football.

In short: you knew he was a snake when you picked him up, and Butch Davis did so with both hands and lips pursed, and now this is happening.

Prominent NFL agent Gary Wichard and former University of North Carolina assistant football coach John Blake have engaged in multiple financial transactions since May of 2007, a four-month investigation by Yahoo! Sports has found.

A helpful visual reference for those confused about what this may mean for UNC and Butch Davis is posted after the jump* Davis is fired at the end of the season, though he may be allowed to "resign" just like the time you and your significant other "mutually agreed to see other people." Do we need a hashtag to extend this simlie a bit further? Yes we do. #UNChopesyourdickfallsoffyoucheatingbastardButch #CallingexboyfriendJohnBuntingtoabsorbNCAAblow

NOT FULLY OPERATIONAL BUT YOU'LL HAVE TO ADAM JAMES HIS ASS TO KEEP HIM AWAY. Jeff Demps participated in practice and was walking without his protective boot, so he's officially ready to go for play on Saturday in Tuscaloosa. Unofficially, you'll have to imprison him in a shed to keep him from going. Please note Jeff Demps' responsible, sensible Twitter use, which makes no taunting mention of on-campus gunmen at rival schools.

If Demps can't make it, you know, the medical staff has options, and cannot be denied by the head coach because doctors can do that kind of thing.

THE ANSWER TO WHAT YOU REALLY MIGHT DO IF YOU WON THE LOTTERY. Breaking down film and throwing raw meat in Bo Pelini's work-cage? Sure, why the hell not.

THAT'S A SVELTE YOUNG MAN. Urban Meyer, too, understands what a grand, fruitless waste of time the once popular 19th century form of aerobic gardening known as baseball was.

TOMMY TUBERVILLE DOESN'T LIKE PASSING THE BALL. Well, no. No he doesn't. In other shocking news, Dana Holgorsen, currently raising a beast of an offense at Oklahoma State that you may watch tonight, says Mike Leach didn't like to run the ball. Your education is continuous, and ceases only upon death.

AWWW WOOK AT WIDDLE TEE DOG. Holly's Mid-Majors are up at SBN. Remember FIU's streak of playing big teams close and making them look horrible in the process? Did you remember that they play Pitt? Did you just break a rib laughing thinking about this very scenario? YOU SHOULD.

WHEN WILL STEPHEN GARCIA SLIDE? Answer: NEVER. Dave Ragone likes your style, he says, eating a crayon and wondering where those bells are coming from all the time. 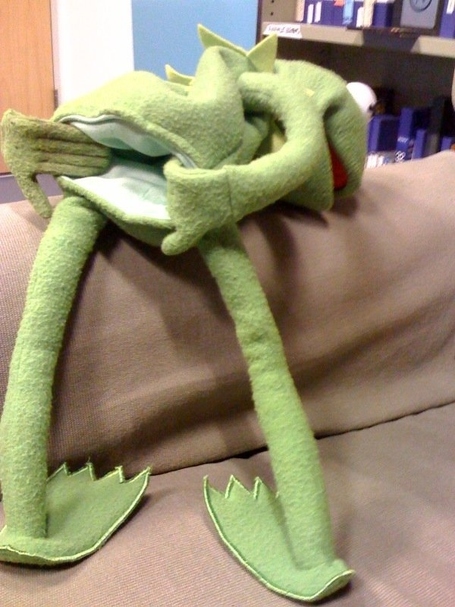