KENTUCKY VS. FLORIDA: THIS WEEK'S FOX

Share All sharing options for: KENTUCKY VS. FLORIDA: THIS WEEK'S FOX

When time allows, we write previews for Florida's opponents in honor of the Duke of Wellington's pre-battle toast "to today's fox." Kentucky is this week. We've beaten them 23 times in a row. This is not a bad thing.

THE ADVERSARY'S NATURAL ENVIRONMENT:  The University of Kentucky is in Lexington, Kentucky, and has been in operation since 1986. It hosts Kentucky's professional basketball team and their volunteer firefighter intramural football team. The Intramural team is 23-1 against the Kentucky Team. They also play under the name of the Cincinnati Bengals and schedule 16 games a year in the National Football League. They're pretty good.

Their mascot is the "Wildcat." Pretty sure that's just a feral cat after a bath. This seems like a very difficult thing to do to a cat under any circumstances, and especially so if the cat is wild, untamed, and wants to claw your face, but there is not a lot to do in Kentucky so feral cat-bathing remains as popular as ever. It's cheap, too, since feral cats outnumber people and are used to work in coal mines. Their plight is a sad and underreported story.

Kentucky struggles to compete in the SEC due to lack of state funding. State funding remains the province of Daniel "Goiter Dan" McKinney, the evil Senator who has turned the entire state into his personal fiefdom. This is a picture of him. He is savage, unforgiving, and has showed no signs of slowing down despite his advanced age of five hundred and forty five years old. 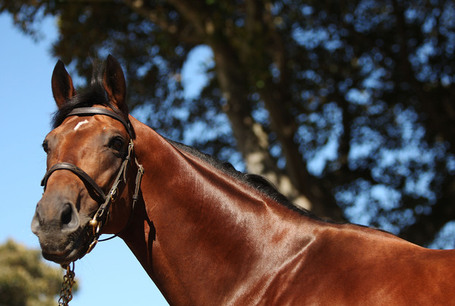 "Goiter Dan" occasionally calls plays for the Kentucky football team. This is how powerful he is! He always calls the flea-flicker because everyone loves the flea-flicker. Once a coach refused to do this, and his name was Guy Morriss. Guy Morriss was kicked to death three hours after the game and his body was hidden in a secret place called Baylor. No one will ever find it there.

Their coach's name is Joker Phillips. There is nothing funny or culturally referable about this name. It is a Phillips family name meaning "allergic to shellfish." Ironically, Joker Phillips likes shrimp and eats it without issue.

WHAT THE ADVERSARY HAS BEEN UP TO: Kentucky has beaten Louisville 23-16, those hippies out at Western Kentucky 63-28, and Akron by a score of 47-10. You might think "Oh, well, all those teams are terrible." You'd be right, but in past years this is a list of teams Kentucky has lost to early in the season:

These are embarrassing, but they are also largely a matter of past history. This is thanks to film noir director and private eye Rich Brooks. His film Death Becomes Us: How I Made Kentucky Football Not Suck was seven years long and tired even the most durable film critic, but those who finished described it as "beautiful, sardonic, and haunting," with the Music City Bowl sequences being described as "some of the most uplifting in football cinema."

He is now retired and drinks delicious and expensive liquor at night after long days of horseriding, gambling, and pensive rafting. You want to be him and cannot, and for that no one is sorry especially Rich Brooks.

WHAT TO EXPECT OF THE ADVERSARY: Not much defense, since even Akron found holes in the Kentucky secondary after WKU and Louisville both ran for over a hundred yards through the middle of the Kentucky defense. It's official, those holes.

This headline is not an exaggeration. Florida has struggled so much on offense John Brantley will literally be throwing pieces of C4 plastic explosive into the Wildcat secondary in hope of opening up running lanes. This may backfire on them when enormous blast holes trip up Florida running backs. Florida offensive coordinator Steve Addazio is willing to take that chance. He also eats delicious Little Debbie Banana Twins without taking the wrapper off, but he is a man of danger and risk taking risktakingness and this is what they do.

You may expect much of Randall Cobb. He is Kentucky's kickoff returner, punt returner, wide receiver, sometimes running back, Wildcat quarterback, tight ends coach, and IS SECRETLY "GOITER DAN" IN CLEATS.  He has only had the ball 11 times this year for 142 yards of total offense. This may be Coach Joker "playing possum," something they say in the "hollers." We're told this means that Cobb will be hit by a car while crossing the road slowly and hissing at a bright light in the second quarter. We don't know why a coach would do that but there must be reasons, like if he was rabid and needed to be killed anyway. This is probably exactly what the plan is.

(Maybe someone at Red Lobster wants him dead. You don't want to make those people mad! They know bad people in Cheddar Bay!)

Derrick Locke, running back, is averaging 124 yards a game so far. Unless Florida wants to call a "play possum" play of their own they should watch him because letting the other team run on you is bad in football games. Otherwise, Florida is better at almost every other position on the football field and should be able to push the Wildcats around even with the "Butt first, Points last" gameplanning we have had the last three weeks. This "should" means the standard script: a difficult first half, a close score, and then Kentucky running out of gas when Randall Cobb dies of rabies.

BOLD PREDICTION: 38-20, Florida. Explosives aren't fair, but we'll use them in lieu of a proper offense. No one said playing football at Kentucky was fair.