Share All sharing options for: THURSDAY NIGHT OPEN THREAD, CINCY AT NC STATE: WHY, GOD, WHY? 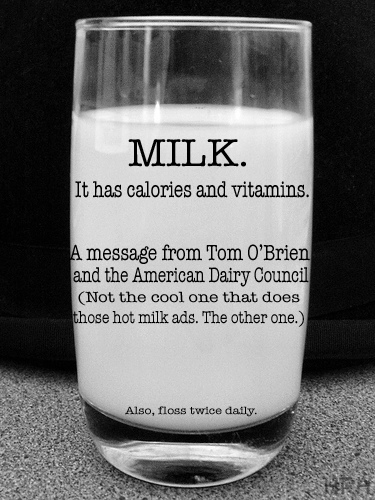 Your morbid curiosity about this game should be your best motivation. Can NC State's Russell Wilson throw for a 33% completion rate two games in a row? Did you realize just how bad a game he had against UCF, who gifted them four turnovers and then a bonus fifth along with a free night at the Grand Floridian? Can Cincinnati shake off a horrendous beating at the hands of Fresno that 28-14 doesn't really capture? Can you muster enough courage to care, and ask why, God, why is this the Thursday night game? Is this all a setup to watch Craig James get struck by lightning? If so, can you TiVo this for us? Can one joke about a random but potentially fatal act of nature without being slightly serious? Has this already been explored in the infamous "Step on a Crack, Break Your Mother's Back" experiments conducted by a drunken Karl Popper and an equally soused Bertrand Russell at the London School of Economics in the 1950s? Were you aware that Russell's mother never forgave him for these, especially on cold, chilly days when she felt the fracture the most? But really, can we have Craig James struck with lightning in a non-fatal, amusing way, if only to hear Jesse Palmer go "Whoaaaaa THAT WAS AAAAAHHHHAAAWEEEESOME?"

You already knew in your heart that's what he'd say, right? And that DJ Kitty would improve this game by 100%?

The open thread is below. The updates will be posted over at the mothership.  Cincy has a rap song, and it's kind of incredibad/horribawesome/fantastishitty.