The weekend's games are summarized in exactly 140 characters or so because we love two things in life: microfiction and Twitter-length anything.

"What is it?" "A present I'm working on," the old man said. Marshall begged to know. "Surprise! I whittled you a loss," said Bill Stewart.

"I've been saving this," says the man. The alley is horseshoe-shaped. No exits. Chris Gamble smiles, stuffs yellow flag down Ibis' throat.

"I appreciate Penn State's tradition and your legacy, Coach," he said as they shook hands at the 50. "Thanks, Nate," said JoePa.

Waving wheat. Man with torch approaches. Paul Johnson sets it ablaze not to teach a lesson. Why, God why? A spectral voice: because he can. .

Steve pushed it up the hill. At the top: Georgia. The hardest part: hope. It lived; it died as the stone shattered. Start again, he said.

Down by thirty, Akey nods. Pelini nods back. Slowly they leave the sidelines. Under the stadium they meet. Two men enter. One will leave.

Christian Ponder: a man, a command, a Heisman campaign that starts in Norman, lasts two months and ends when UF sells him for parts. #homerism

We were going to watch the game but it was cancelled due to fog. #ha #tiredweedjokes #realtalk #thisisthehighestfuckingcrowdever #doritosplz

Quiet brothel. Tennessee Tech sat on its cushion. A horned frog leered in. "Open for bidness? Arkansas loved you!" She sighs, nods. "Yup."

A forty point loss. Dooley surveyed the locker room. At least they can wash themselves now. A tackle shoves soap up his ass. Dooley weeps.

"Why is Rutgers doing a home and home with a lowly Sun Belt team?" he asks. Schiano smiles. "Because a great dog track sells itself, son." 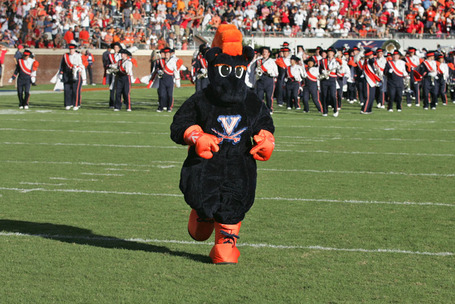 The mascot lay dead on the turf. Traveler stood next to Mike London. Hooves covered in blood. London holds out a sugar cube. "Good horsie."